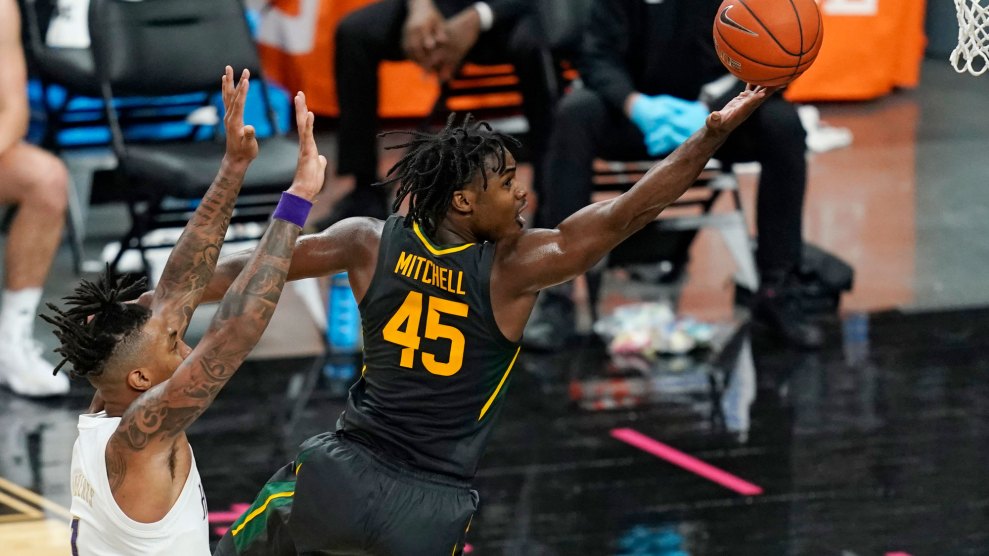 With college football season underway and upended by the pandemic, college basketball season has now also begun in a relative state of chaos. As players, coaches, and other personnel contract Covid-19, colleges and universities large and small have begun to suspend activities, reschedule or postpone games, and bail out of tournaments.

The NCAA and university leaders have moved ahead with their eyes on an obvious prize: college basketball’s canonical event, March Madness, which was canceled in spring 2020 as the pandemic set in. That was a painful setback, with the tournament accounting for up to 75 percent of the NCAA’s entire revenue stream. Now, the league hopes to restore the event in spring 2021 for 68 teams at a single site, reportedly in Indianapolis, where the NCAA headquarters are located. The NCAA has laid out guidelines for frequent testing, social distancing, and two-week pauses for any programs where a player, coach, or staffer contracts the virus. Yet, teams are still allowed to travel—even as travel has been discouraged by health authorities and the nation faces a “surge superimposed upon the surge we’re already in“—and it has been left up to the schools themselves whether to create their own on-campus bubbles.

Who will face the greatest risk? Teams and the viewing public undoubtedly are eager for play to continue and for the beloved tournament to take place next March. But in some sense the ongoing scenario mirrors the patchwork and sometimes reckless approach to the pandemic by the nation as a whole—done foremost on the backs of laborers. It is the frontline workers—the unpaid players, in this case—who may be most imperiled by this effort to return to sports normalcy in the teeth of a raging pandemic. Coaches including Syracuse’s Jim Boeheim, University of Tennessee’s Rick Barnes, and Michigan State’s Tom Izzo have already tested positive. But the greatest risk in numbers will likely be to the predominantly Black athletes whose communities have been disproportionately afflicted by the pandemic.

The once-exiled head coach Rick Pitino, who now leads Iona College’s basketball program, told the New York Times that it made more sense to postpone the tournament at least until May. “Hospitals are being overrun, we’re at 200,000 cases a day,” Pitino said. “We’re not the N.B.A.—we don’t have $150 million to protect us in a bubble; we’re not college football and can play in an open-air facility. Interruptions are going to be quite substantial. There are 15 or 20 coaches that have tested positive, and we’re just entering winter. It’s going to be very difficult to manage a good product and keep everybody safe.” Within the last week, Gonzaga University went ahead with playing against Auburn University in a Florida tournament, even as they sidelined a player who tested positive and another player sat in quarantine. The entire Ivy League canceled their basketball seasons out of COVID concerns, as did Bethune-Cookman University. At least 40 men’s basketball programs have paused activities in recent weeks as a result of positive Covid-19 tests.

As with the broader American economy, it may be the smaller schools with fewer resources whose players and staff are most at risk. “I don’t understand why we’re playing or why we’re opening up when we’re trying to do away with the virus,” Cal State Fullerton head coach Dedrique Taylor, whose program canceled its first three games after a player tested positive, told the Times. “We’re almost encouraging the virus by bringing people together. I’d rather be fatigued than freaking dead.”