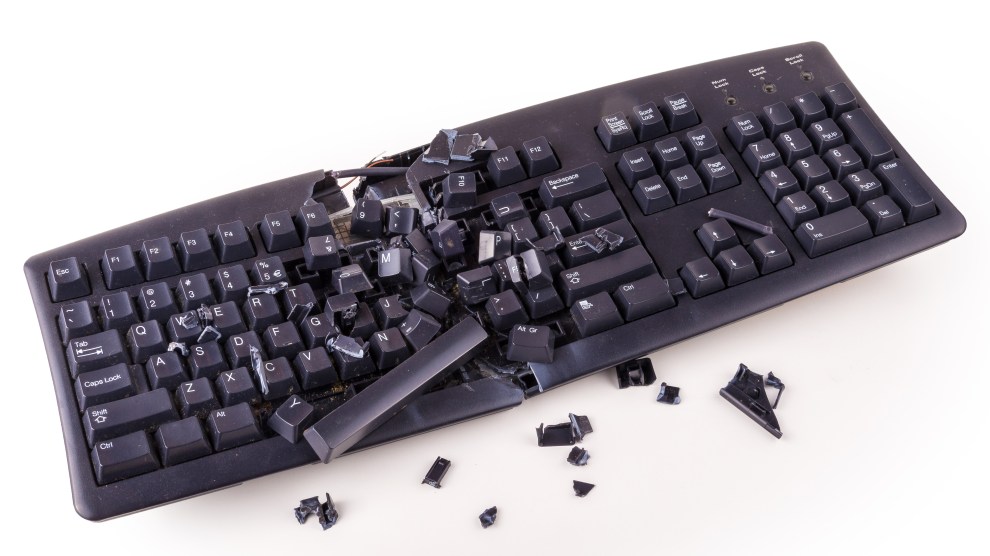 Last week, the transcription service Rev cut the base pay its freelance typists receive, branding the move as an effort to “more fairly compensate” its freelance workforce. The transcriptionists were outraged. One, on Twitter, called it “a gig economy startup brazenly mistreating its workers.”

all right folks, i'm about to post a thread that's going to endanger the last reliable source of income i have. spoiler: it's yet another example of a gig economy startup brazenly mistreating its workers. let's go!

Rev’s rationale was that it also raised base pay for certain jobs. But this ignores the larger reality that many workers began receiving less pay for the same amount of work. “I was comfortable signing the new lease on my apartment based on what I was earning,” said Joel Moore, who has worked for Rev for the past three years. Now he’s been forced to look for other work. (Rev has not responded to a request for comment, but, on a forum viewable to Rev users, the website’s founder apologized for making the changes abruptly and for failing to notify users over email.)

I have transcribed for Rev sporadically since 2017. The 37 videos I’ve transcribed add up to 264 minutes and 11 seconds in length.  My total earnings are $141.13, or about 53 cents per audio minute—roughly half the industry standard.

I spoke with Moore, a 35-year-old New York resident who worked as a transcriptionist for two and a half years before joining the grading and quality control team. (Transcriptionists are tasked with captioning videos or audio and syncing the captions with the audio. Graders review snippets of other people’s work to ensure compliance with Rev’s quality standards.) Moore types between 100 to 120 words per minute, with a max of 145. Our interview, which I transcribed myself, has been lightly edited for clarity.

Walk me through what an average day working for Rev looks like for you.

When I was doing transcription full-time, it would take about 12 hours to get an eight-hour workday in. There’s a lot of downtime in between jobs: It can take anywhere from 10 minutes to a half-hour to find a job. So I embraced the grading and quality control—micro-jobs that only take a few minutes to complete.

I’ve been working six to seven days a week, at the computer anywhere between 9 a.m. to 10 p.m., depending on the availability of work.

Were you making enough with Rev before the cuts?

When I was transcribing, I could make about $12–$15 an hour. That was with a turnaround ratio of 1-to-2, so a project that was an hourlong, I could complete in two hours. The average for professional transcription seems to be closer to 1-to-3. I don’t know how folks can get by with a 1-to-3 ratio working at the rates that Rev pays.

That’s the reason I was doing more grading. I could always count on making $20 an hour. Sometimes I could get it a little bit closer to $25.

But ever since the grading changes that went into place in September, my earnings there are between $10 to $15 an hour, never $15, so that’s a cut of between 25 to almost 50 percent depending on the day.

Lately I’ve been taking time off for job interviews because it’s time to get off of this sinking ship.

One of the minor controversies over the last couple days is that Rev is no longer able to generate any sort of document that confirms that a person has worked for Rev. They used to have a form letter that would give your start date, and I believe it said your account was in good standing. But silently, some time within the last couple months, they quit doing that. I recently gave my CV to a friend who’s a recruiter, and she said that without any sort of confirmation that I was working for Rev, my CV almost looks like someone was trying to hide the fact that for the last several years maybe they’ve been incarcerated or a drug dealer. So it’s rather hobbling.

How did you learn about these pay cuts? It sounds like there wasn’t an email sent out or anything like that.

When the grading pay cuts happened in September, there was an email sent out. The line that strikes me as the most upsetting is when they said, “We are committed to making sure QC (Quality Control) and grading will continue to be a reliable income stream for you.” I don’t consider a restructuring of the grading process that results in a 25 to 50 percent pay cut to be reliable.

As far as the pay changes to the transcription that happened within the last couple days, we got a one-day notice that was sent out on the forum. There was no email.

Do you have any insight into what caused the pay cuts?

There’s only what they’ve told us. They told us they wanted to change how jobs were being paid so they could more appropriately compensate people who work on more challenging files. What they eventually revealed is that while some jobs will pay more, there will also be jobs that pay less. This spooked the cattle, and people were saying, “How much less?” And the moderator admitted that while the original base pay was 45 cents a minute—nothing could go lower than that, traditionally—now the threshold would be 30 cents per minute. However, he reemphasized multiple times that only a “very, very small percentage of jobs” will pay 30 cents per minute.

It’s kind of like quicksand: It’s easy to fall into, but it’s really hard to get out of.

How did you get started working for Rev?

When I started working for Rev, I was a touring stand-up comedian, so I would go on the road for a week or two at a time. If I had three or four days off, I would do a little work as sort of a stopgap because you can’t have a traditional employment situation if you’re gonna be asking for time off to go on tour constantly. That’s what got me into it, and then when I got out of stand-up, Rev became my sole source of income.

It’s kind of like quicksand: It’s easy to fall into, but it’s really hard to get out of. Especially with the pay cuts that were levied upon the graders over the last couple months, and then the second wave of pay cuts that hit the transcriptionists a couple days ago.

What sort of a lifestyle has transcribing for Rev allowed you to have?

I only can do sublets that don’t involve official paperwork because my income simply isn’t high enough. Most people want to see that your income is triple what your rent would be. I’ve had to do the thing where you get on Facebook and look for someone that has a summer sublet for three months, or, in my current situation, a friend had a room open up—a room that’s just slightly larger than my mattress. This last summer I spent three months back in Oregon living with my parents so I could save up for the deposit on the place I’m currently living in.

The main reason I’m so determined to stay in New York is that this is where the best chances of me finding a job in my field are. The temptation to move somewhere more affordable is definitely there, but I’m sticking it out. It’s a lot of rice and beans, ramen, and not much else.

What do you foresee the future being like for people who work for Rev? Are other people quitting and looking for other jobs?

From the folks I talked to, anyone who is able-bodied seems to be trying to get their ducks in a row to get out of town. But there are a lot of people working for Rev because they’re caring for someone who is homebound. A lot of people, their spouse got injured doing construction and they require constant support, and this allows the person to be the primary breadwinner without having to leave home. Other folks, because of medical circumstances, aren’t able to work a traditional job. There’s a fair amount of people who have indicated they’re not what you call neurotypical. They’re on the autism spectrum, and for one reason or another they’d prefer not working directly with people. They like the independence of working by themselves and doing the kind of job where accuracy matters, and they don’t have to negotiate office politics.

My work history is such that the last time I had a regular full-time day job was with Wells Fargo about 10 years ago, and I was being pressured by my boss to open fraudulent accounts, as we’ve all learned in the last five years was a common practice at Wells Fargo. At the time, I reported my boss to the internal ethics line, who then told my boss that I reported her for sales ethics violations and who then turned around and fired me. I was living in Oregon, which is an at-will-employment state, and they can fire you for anything, and so they fired me for anything. After that, I was like, I’m never gonna work for a boss again. Rev was a good way for me to put in work and not have to deal with what I thought would be another shady, unethical manager, and yet here we are.