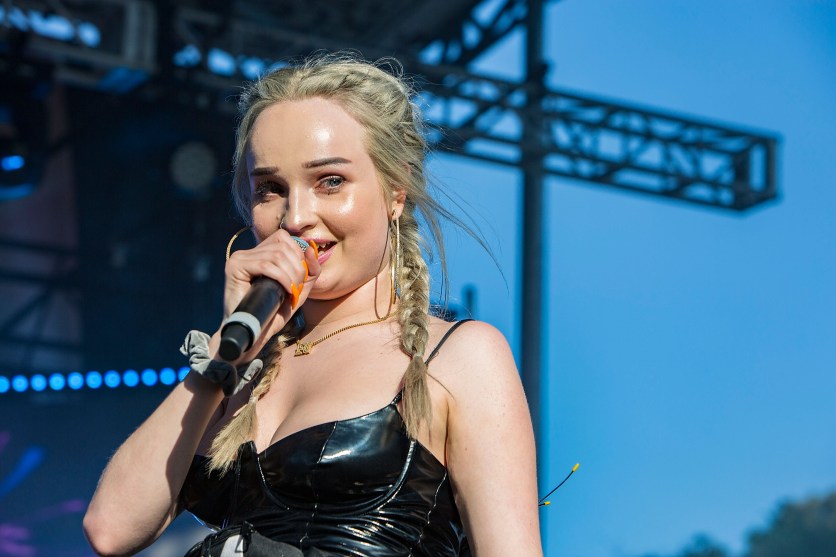 Kim Petras has a reputation for consistently releasing solid songs. From her breakout 2017 debut “I Don’t Want It At All,” to her most recent, “All I Do Is Cry,” her pace has been impressive. She even packed in a Halloween-themed album, Turn off the Light Vol. 1. All signs point to bonafide pop star stardom.

But her success has also drawn more attention to the work of her collaborator, behind-the-scenes hitmaker, Lukasz Gottwald, who’s also known as Dr. Luke. Gottwald, gained his fame for producing and writing hits like “California Girls” by Katy Perry, and Kelly Clarkson’s “Since U Been Gone.” But recently, he has become better known for allegations of rape and emotional abuse made by Kesha. Gottwald has denied all allegations, calling it a smear campaign.  Over the last few years, from Kesha to Kelly Clarkson, P!nk to Lady Gaga, women across the music industry have alleged having had bad experiences with the producer.

He’s also behind many, if not all of Petras’s songs, hits or not, whether as a producer or a songwriter. And this new song revitalizes a longstanding controversy, and something I find very interesting: how a popular artist doing a ton for representation runs up against legitimate criticism.

Petras isn’t oblivious to the allegations. “I would like my fans to know that I wouldn’t work with somebody I believe to be an abuser of women, definitely not,” she said in an interview with NME. The backlash from this statement was instant, with fans of Kesha—and many others—saying she was being insensitive and apologizing for Gottwald. After the announcement appeared that she would open on Troye Sivan’s tour, the artist received more pushback from his fans and apologized for her previous remarks. Part of this may have to do with Petras’s aversion to politics and conversations about her trans identity. She’s always said that she wants people to focus on her music.

While she’s secured some mainstream success, she’s also secured something maybe even more valuable: Cult-like status among a legion of queer fans for whom pop music holds a special, cherished place. Joining the ranks of acts like Charli XCX, Carly Rae Jepsen, and Slayyyter, Petras has carved out a specific sound for herself and found a community who revels in the blissful pop.

As her new song makes the rounds, there’s no doubt the controversy will continue among critics and fans alike.

Gay men in particular appear to be ignoring, or at least rationalizing, her ongoing collaborations with Dr. Luke. Interviews and articles with her tend to avoid the topic altogether, as well as tweet after tweet that continue to justify the never ending collaboration.

y’all are so bored huh

Many gay men are not exactly models in terms of treating women with respect. We sometimes appropriate black women’s culture, or assume that being gay gives us a pass for sexual harassment, and love using that C slur (Or as RuPaul coined, “Charisma, Uniqueness, Nerve, and Talent!”).

The way in which Petras’s collaborations with Dr. Luke are rationalized by gay men, and many of her fans, is only a small piece of a much larger, misogynistic music industry. Petras isn’t the only one still working with Dr. Luke, or by any means the only pop artist with a history of being involved with problematic figures. But her story can be seen as a microcosm of how gay men, and music fans at large, often go out of their way to ignore or justify the abuse of women—alleged or otherwise—for the sake of a good song.