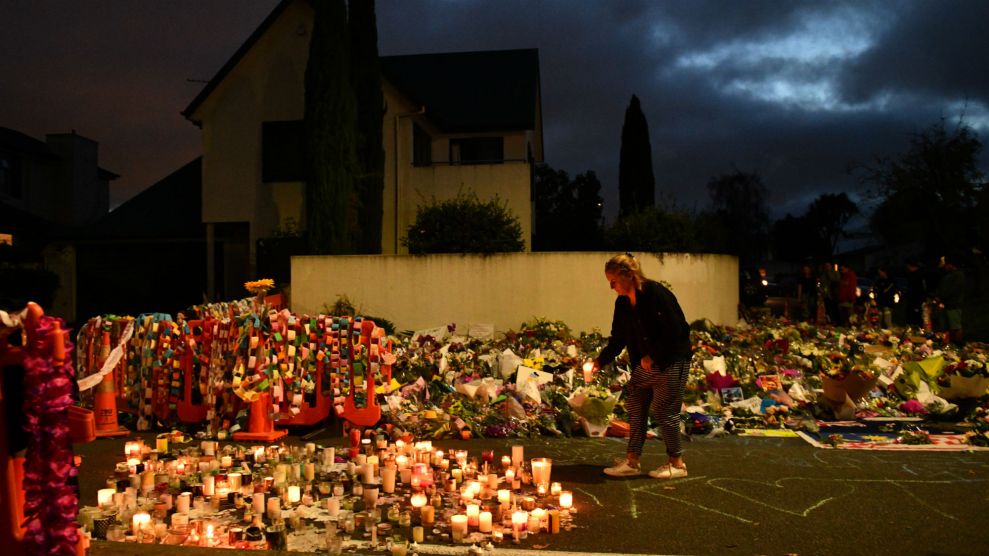 For members of Pittsburgh’s Tree of Life Synagogue, the mosque shootings that killed at least 50 people in Christchurch, New Zealand felt all too familiar. After hearing about the shooting last Friday, the congregation quickly began raising funds for the New Zealand victims and their families.

“We’re unfortunately part of a club that nobody wants to be a part of, and we wanted to reach out to New Zealand in the same way everyone reached out to us,” Sam Schachner, Tree of Life president, told the Pittsburgh Post-Gazette. The synagogue lost 11 of its own members after a shooting last October.

“To the families going through the most difficult moments in your lives: the Jewish community of Pittsburgh is with you,” reads the congregation’s GoFundMe page, which hopes to raise $100,000. “Show them that love is stronger than [hate].”

In New Zealand, groups across the country have shown an outpouring of support by performing the haka, a Maori dance, to commemorate and pay respect to the victims. (One particularly emotional video is here). And some New Zealanders even turned in their semi-automatic weapons to authorities. “This is one of the easiest decisions I have ever made,” said one gun-owner who had owned a firearm for 31 years.

An impromptu haka by a small group of #Christchurch schoolchildren in tribute to 2 of their murdered classmates becomes a powerful & cathartic expression of grief & anger as scores of students join the deafening chorus. #NewZeland #ChristchurchTerrorAttack pic.twitter.com/0olwX80uCC

Jacinda Ardern, the nation’s prime minister, has proved a model of compassion and efficiency, showing up before the Muslim community in a hijab as a sign of respect and earning praise worldwide. “She symbolically covers her head when she goes to a home for condolences; she boldly underlines her respect and solidarity,” wrote Turkish lawmaker Cihangir Islam. “How thirsty we have become for justice and mercy in state administration.”

“We represent diversity, kindness, compassion,” Ardern said Friday. “A home for those who share our values. Refuge for those who need it. And those values will not and cannot be shaken by this attack.”