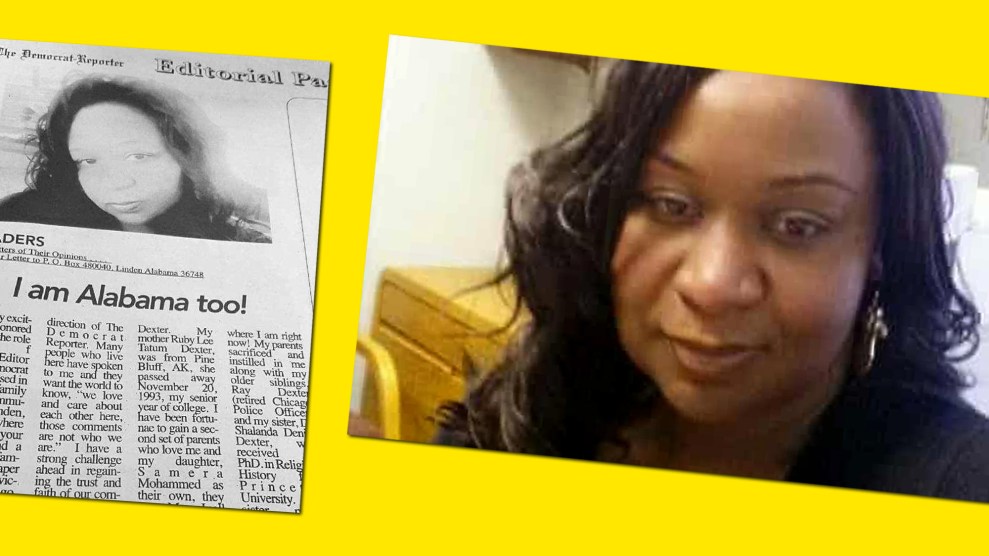 Elecia Dexter was shocked when her boss, the editor and publisher of a weekly newspaper in Linden, Alabama, wrote an editorial encouraging the return of the Ku Klux Klan. Goodloe Sutton’s story, headlined “Klan Needs to Ride Again,” drew nationwide coverage, as did Sutton’s follow-up interviews, in which he spoke approvingly of lynching “socialist-communists” in Washington, DC.

Dexter, a communications and human resources specialist, had worked as an administrator at the Democrat-Reporter for several months. But after Sutton’s February 14 editorial, she planned to quit. “I couldn’t believe it,” Dexter, who is black, told the Guardian. “I was in shock.”

Succumbing to media pressure, Sutton stepped aside the following week. He offered the role to Dexter, who accepted. Last Wednesday, in her first editorial, she promised readers a new direction. Under a photo of her, the headline read: “I am Alabama too!”

Dexter has been welcomed by many Alabamians eager to move past Sutton, who had a history of demeaning black people and once referred to the former president as “Leroy Obama.”

“The good people of Linden deserve so much better than these racist rants and I am confident they will get it with new editor, Elecia Dexter,” tweeted Sen. Doug Jones (D-Alabama).

Dexter, who moved to the area last year, tells me that her next editorial will address the support she has gotten from local residents, as well as her plans for the paper.