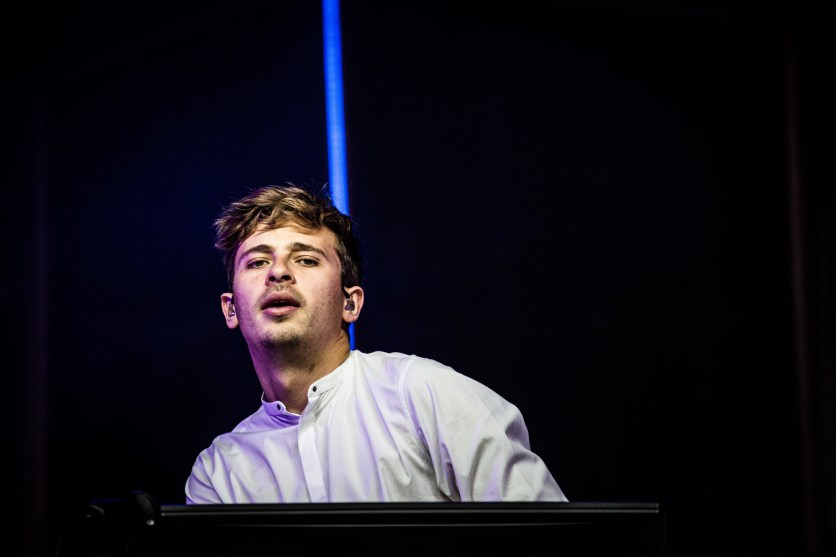 Why we’re into it: Back with a bang, Flume dives deep into his beats, infusing them with the kind of aggression that’s perfect for 2019.

Hi This Is Flume (Mixtape) is a welcome return for the producer/DJ/artist who last caught our attention in 2017 with Skin, the electronic masterpiece that cemented the Aussie’s dominance in the music scene. But unlike Skin, this new mixtape indulges in Flume’s roots as a true electronic maestro.

The first track “Hi This Is Flume” is a mix that resembles taped radio promotions you hear pop stars half-heartedly record to attract some attention for their newest gimmick. In layering all these takes together, Flume generates a weirdly self-aware introduction into a mixtape of beats that speaks intimately to his identity as an artist.

Listening to the mixtape on shuffle is one fine option, but like many other artists (Hello Solange!) Flume strapped together a start-to-finish piece of work that seamlessly weaves the tracks together—seriously, when listening to the 17 tracks in sequence you can’t tell where one weird, wonderful, and downright banging beat begins and the other one ends. In tracks like “Voices” and “Is It Cold in the Water,” Flume collaborates with SOPHIE in a natural partnership that showcases a controlled tension many attempt but fail.

“Vitality” is a standout because it sums up the emotional release that is truly what this mixtape embodies. Flume has always had a talent for crafting tracks that are both distinct to his voice as an artist and fully engage the listener which is exactly what occurs in Hi This Is Flume (Mixtape). Flume’s strength is truly in his collaborations—”High Beams” and “How to Build a Relationship” are some of the most exciting rap songs I’ve heard in a long time—but his attention to detail in crafting sounds and beats that are uniquely his own is what makes this a force of a return.

And yet, I found myself oddly disappointed that there was not a single track offering a more mainstream pop sound. But to abandon the disappointment and get lost into the world Flume’s created can sometimes be uncomfortable (the vast variety of sounds clashing with each other into something loud and full of aggression in “Upgrade” and “Spring”) but always gratifying. It’s a bit messy, a bit fun, and whole lot of good.

Hi This Is Flume (Mixtape) is a reinvigorating work of electronic music. Its blend of hardcore beats and subtle, sometimes mystifying sounds is a deviation from the sometimes predictable mainstream pop-electronic sounds. Flume’s concoction of occasionally unbearable sounds is more the mark of an artist in tune with individual expression  than a producer or trying too hard to make music. There’s an anger that exists within this new music. It’s an anger that doesn’t invite you to be angry, but rather an invitation to let that anger go and get lost in world that is still unknown.