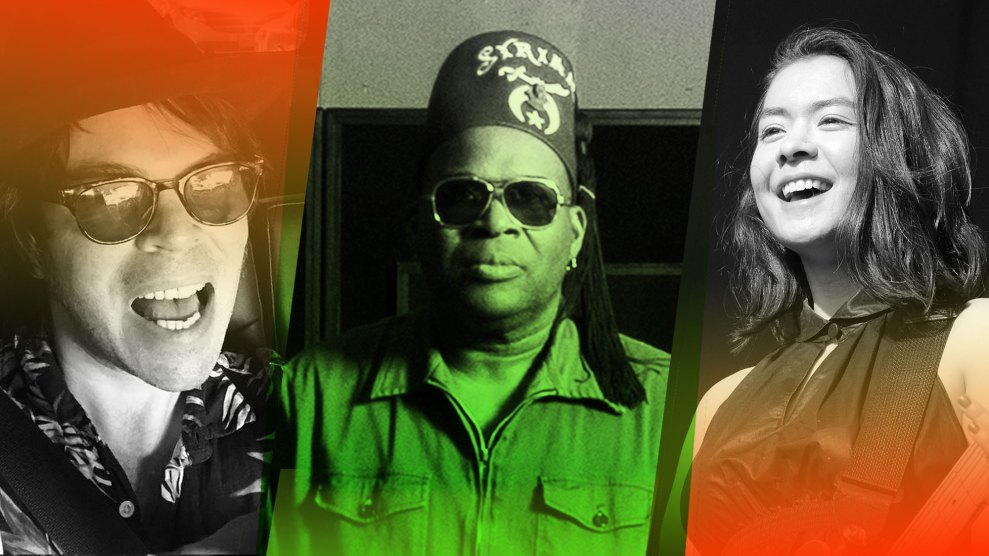 If your 2018 has been marked by episodes of paralyzing anxiety or impotent rage—or both—you’re hardly alone. American culture only seems to be growing more toxic each year. Happily, all sorts of gifted musicians have continued to do standout work, offering a badly needed reminder that great art can console and inspire, even in the bleakest, weirdest times. Behold below, in no particular order, 10 fine examples.

Courtney Barnett, Tell Me How You Really Feel (Mom + Pop)
This excellent sophomore effort finds the Australian singer-songwriter in a darker frame of mind, while her unfussy guitar pop has retained its shimmer, albeit with a rougher, even angrier, edge. But she’s still a wonderfully offhand singer who makes every line feel like a heartfelt message from a pal.

Gaz Coombes, World’s Strongest Man (Hot Fruit)
It’s hard to be grandiose and intimate at the same time, but the former Supergrass leader has perfected that trick on his wonderful third solo album. Infusing his big sounds with anxiety and disorientation, Coombes will strike a chord with fans of Queen and David Bowie.

Robbie Fulks and Linda Gail Lewis, Wild! Wild! Wild! (Bloodshot)
He’s an Americana great who excels at sly humor and thoughtful balladry; she’s the younger sister of original rock-and-roll hellraiser Jerry Lee Lewis, with a wild musical streak of her own. Put ’em together and the result is a sometimes raucous, sometimes tender, and always gripping survey of enduring traditional styles.

Inara George, Dearest Everybody (Release Me)
As half of The Bird and the Bee, poised singer-songwriter Inara George makes witty, sardonic pop. On her own, the LA native prefers gentler, less-ironic material that relies on acoustic textures and tackles big issues with affecting directness.

Mitski, Be the Cowboy (Dead Oceans)
Lavish and concise at once, Be the Cowboy mixes operatic drama and short pop songs in invigorating fashion. Mitski Miyawaki keeps it simple, acting out tales of all-consuming devotion, searing desire, and crushing loneliness with a controlled calm hinting at scary, nearly unhinged obsession.

Pip Blom, Paycheck (Persona Non Grata)
This bracing four-track gem comes from Amsterdam’s Pip Blom (the name of both singer and band). Blom is an engaging vocalist who could be the snarkier little sister of Courtney Barnett, shouting, snarling, and clearly enjoying herself immensely on these fizzy, concise rockers.

Tony Joe White, Bad Mouthin’ (Yep Roc)
Best known for “Polk Salad Annie,” White’s gritty authority is undiminished on this farewell album, released shortly before his death. The smoldering “Bad Mouthin’” is a bare-bones affair that takes him back to his deep blues roots, showcasing his low growl of a voice and stark guitar.

Barrence Whitfield and the Savages, Soul Flowers of Titan (Bloodshot)
Barrence Whitfield, who’s been doing his thing since the ’80s, comes off as a dangerous maniac on the exciting Soul Flowers of Titan. The raucous frontman and his aptly named Savages suggest a traditional soul band drunk on punk-rock aggression, tempering their attack with bracing measures of humor and finesse.