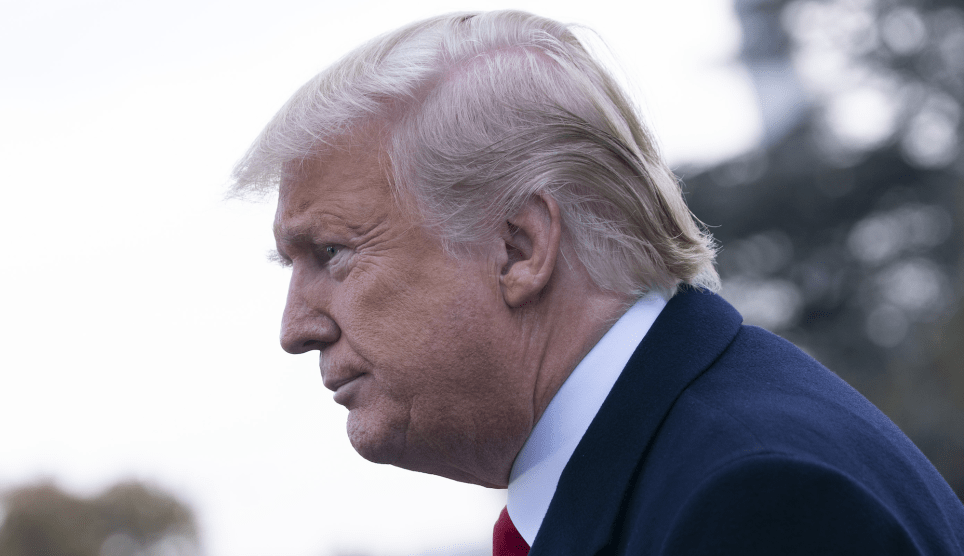 HBO apparently wants nothing to do with the president’s crack at cultural relevancy.

After President Donald Trump on Friday posted a strange reference to Game of Thrones’ signature “Winter is coming” warning to preview imminent sanctions against Iran, the studio released a statement noting that it had not been previously alerted to the president’s tweet, nor did it approve of it.

“We were not aware of this messaging and would prefer our trademark not be misappropriated for political purposes,” a statement from HBO said. Shortly after, HBO’s official Twitter account appeared to mock the president and the potential trademark issues surrounding the image:

How do you say trademark misuse in Dothraki?

Some of the show’s stars, including Sophie Turner and Maisie Williams, went a step further, responding directly to Trump’s tweet with stronger displays of personal disdain. “Ew,” Turner, who plays Sansa Stark on the widely popular series, wrote.

The awkward rollout comes as the Trump administration is expected to reimpose all sanctions against Tehran that had been lifted as a part of the Iran nuclear deal. The formal announcement will take place on Monday, just one day before the midterm elections.