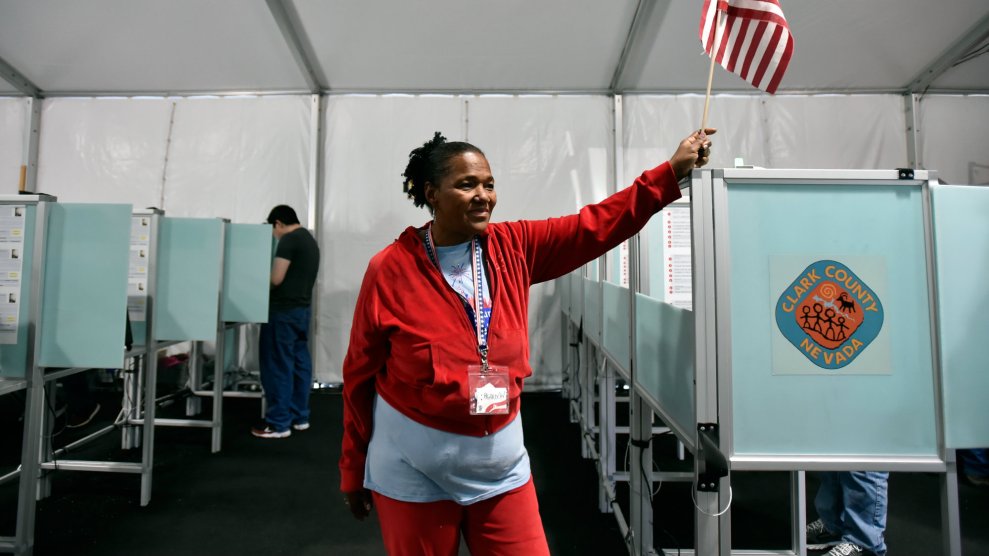 Abhi Agrawal knew he wanted to do more than vote in the midterms on Tuesday. The elections were so important to him that he did everything he could to encourage others to vote as well, from talking to friends to convincing his Uber drivers. “I know I’m just one person,” Agrawal told Mother Jones. “But I also know that there are thousands of people like me who are newly motivated.”

Win or lose, Agrawal did his best to push along a central tenet of America’s democracy: the right to vote. In that spirit, here are four more inspiring stories of people participating in one of our most important political processes.

In Alabama, Perman Hardy has driven voters to the polls for the past 25 years. “I come packing with everything I need, and I tell anybody who rides with me, ‘Push the junk over and just get in…I’ll get you to the polling place and get you back,'” Hardy said in this video from MoveOn.org. “I do this to make things just a little bit better.”

In West Virginia, J.D. Belcher’s viral video boosted Richard Ojeda’s campaign for Congress, bringing national awareness to the Democratic candidate in an area that had been seen as solidly Republican. Belcher, a former coal miner, did it for other Democrats, too, Topic reported.

In New York, writer Roger Angell said that at 98, he didn’t have the energy to make phone calls or knock on doors. But he would vote. Angell recalled casting his first ballot in 1944 while stationed in the Central Pacific. “What I said I would die for I now want to live for,” he wrote in The New Yorker.

And in Montgomery County, Maryland, NPR reporter Pam Fessler joined an army of nearly 1 million poll workers. Fessler, who is currently on book leave, has covered voting for 18 years. She wrote that the job has gotten complicated but remains more important than ever. “[Poll workers need] to ensure that votes are properly counted, voters aren’t intimidated, no one cheats, and polls are accessible to all who want to cast a ballot,” Fessler wrote. “The ultimate goal is to give people more confidence in the results.”