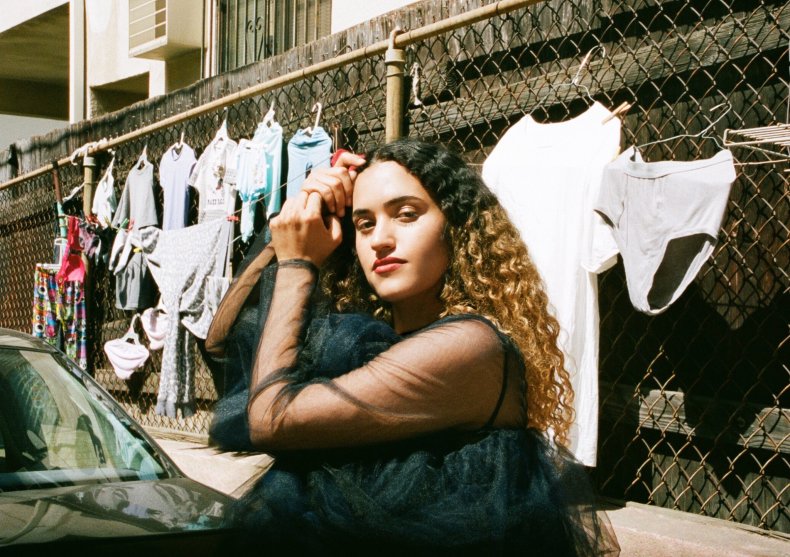 We’ve got a special treat for you on this beautiful day called Friday. Not one Friday Find, not two, not even three, but 10 whole songs for you to jam to all weekend long (and maybe into next week?). For the first time, we’re giving you a whole album to listen to. So sit back, pop in those earbuds, and enjoy.

Our pick this week: Us by Empress Of (Terrible Records, 2018)

We’ve got a special treat for you on this week’s “Friday Find,” a whole album! @empressof’s sophomore LP has us lost in her crafted world of lyricism and rhythm. Read all about @sam.vp’s pick this week at motherjones.com, and enjoy the weekend! #newmusicfriday #music #alternative

Why we’re into it: This underground artist makes big waves as she breaks into the mainstream with an album of love, heartbreak, and every emotion in between, released today.

Empress Of, otherwise known as Lorely Rodriguez, first gained attention in 2012, when she anonymously released a series of one-minute demos on YouTube, followed by a four-song bilingual EP in 2013. In 2015, she dropped her first full-length album, Me. Us is her sophomore LP.

There’s so much to like about this album, so let me dive right into it, starting with the first track, “Everything to Me.” Rodriguez opens the album with an intense and robust love song, with beats and chords that draw on her elusive vocals. She weaves up and down, over the river and through the woods with lyrics that capture the ecstasy of complete infatuation. “I don’t know what else I would do, than me sitting right next to you,” she sings before an anonymous low voice slides in: “You’re always gonna be, everything to me.” But the strength of this song, and the strength of Rodriguez, is in her ability to conjure visuals through her words: “Sitting on your stoop all afternoon, pouring rain but we don’t move.”

She doesn’t let up on the love on her second track, “Just the Same.” The track opens with what appears to be a xylophone, modulated to fit the sound of the track. The lyrics evoke longing, love, and lust. “Something about your body makes me feel so safe, I want your body on top of me like a paperweight,” she sings, and then, as if reminiscing on the love from the first track, adds, “The genesis of all this started in the rain, I hope it grows into a forest just the same.”

“Trust Me Baby” rolls in with Rodriguez serenading in Spanish; for the rest of the track, she weaves between English and Spanish. Even if your Spanish is lacking, the combination of her precision of tone and precision of production gives you everything you need to know about the love she sings of. In this song of wonder, she touches back on that infatuation she opens up the album with, but this time without that certainty of the other character loving her back, creating a feeling of curiosity and fear of the unknown.

“I Don’t Even Smoke Weed,” “Timberlands,” “I’ve Got Love,” “All for Nothing,” and “When I’m With Him” bring a different tone to the second half of the album, illuminating the dangers of infatuation and the anxiety of falling out of a relationship. On “I Don’t Even Smoke Weed,” she embraces the exuberance of uncertainty, paired with an elevating synth: “I care, but also I don’t care! I’m gonna dance even though I’m a bit unstable!”

Rodriguez captures the slow unraveling of a relationship and asks whether it was all worth it. On the closing track, “Again,” she answers: “If I got the chance, I’d do it all again.”

Empress Of’s tale is worth jamming out to, or quietly mulling over. Either way, Rodriguez’s ability to craft lyrics that take you to a time, place, and feeling, while dancing with her voice, is a gift not many artists can claim, and that’s what makes this Friday’s Find.

Go forth this weekend and enjoy, dance a little, cry a little, do everything in between. You deserve it. And as always, let us know what you think, or what you’d like to see as next week’s pick!