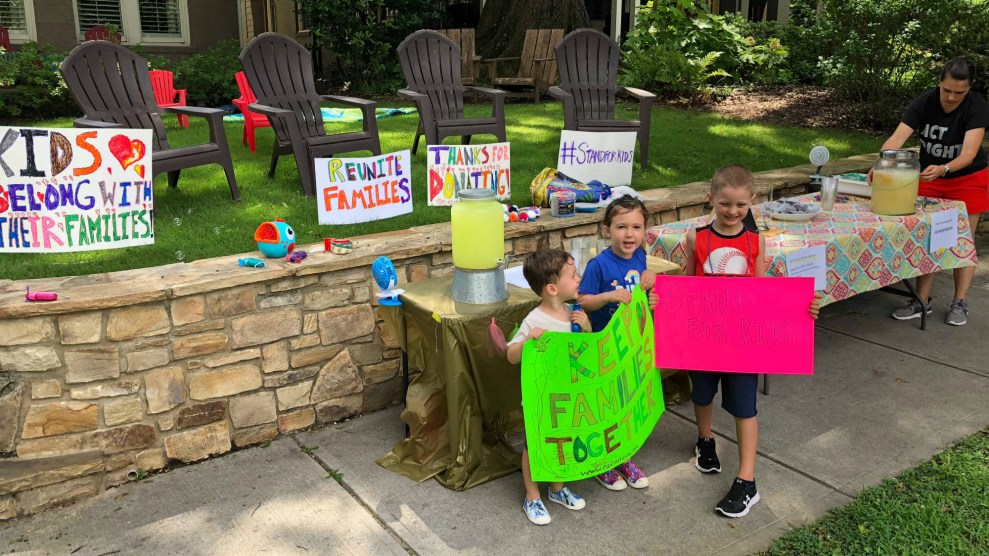 Hundreds of thousands of Americans took to the streets last weekend to demand the Trump administration reunite kids and parents who were separated at the border.

A 6-year-old boy in Atlanta also had an idea: Make money by selling lemonade, and give it to someone who would help the families.

By last week, he and his family had raised more than $13,000—some through lemonade and bake sales, but the vast majority from a fundraiser on Facebook, the Atlanta Journal-Constitution reports. The money is going to the Refugee and Immigrant Center for Education and Legal Services, or RAICES, a Texas-based legal services nonprofit helping immigrants, refugees, and children.

Had it with the political fireworks? This Fourth of July week I’m focusing on people in America who dream big. Oh, and we’ll have pandas, too. Happy holiday! Recharge is a weekly newsletter full of stories that will energize your inner hellraiser. You can sign up at the bottom of the story.

Thanks, pandas—and inventive, optimistic people (I’m talking to you) for giving us a bit of hope. Have a good week.

Have a Recharge story of your own or a suggestion on how to make this column better? Fill out this form or send a note to me at recharge@motherjones.com.