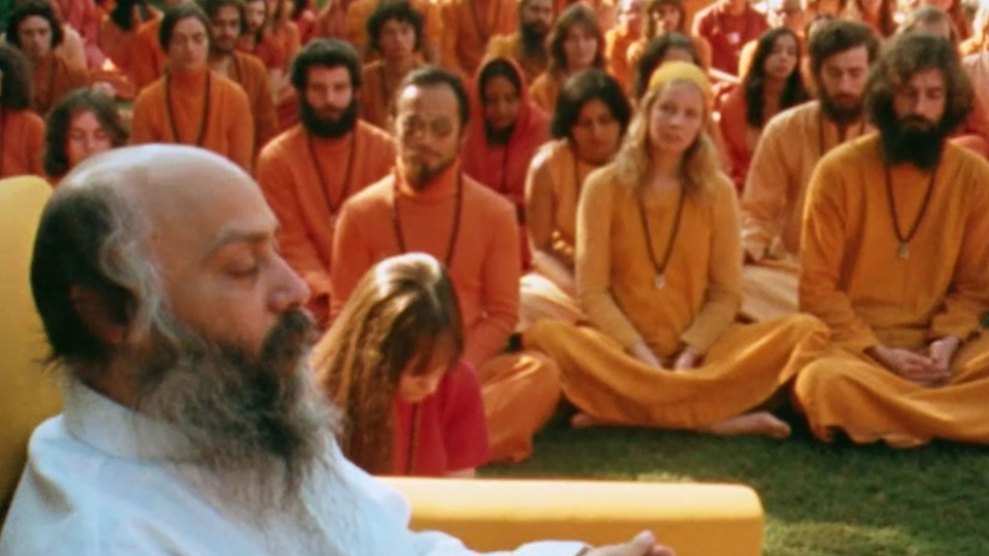 Netflix’s new documentary series Wild, Wild, Country is a fascinating tale of the Rajneesh movement’s time in rural Oregon. A spiritual organization with its roots in India, the Rajneeshees moved to, and eventually took over, Antelope, a hamlet about 3 hours away from Portland. In 1984, the group published Zorba the Bhudda: Rajneesh Cookbook, an unorganized collection of recipes.

“The Rajneeshees very much loved food,” explains writer Melissa Locker, an Oregon native whose family had a copy of the cookbook, on a recent episode of our food podcast Bite. “It was in line with [their leader] the Bhagwan’s teachings that food is associated with love. It was very much a free-love, free-sex cult—until things got very dark.” (The interview with Melissa starts at 1:49 in the below player.)

Federal and state investigators targeted the group after hundreds of nearby residents were poisoned with salmonella scattered among salad bars by the Rajneeshees, and the compound began to dissolve in 1985.

If you’re hungry for more about the Rajneeshees, we’ve set out a buffet of further reading:

“The head cook, an ebullient young woman with a mass of curly blond hair, said the asparagus had been bought from a local supplier but all the vegetables were homegrown…”We make everything,” she said. “Brioches, croissants, cheesecake—you name it.” Opening the oven, she showed us dozens of loaves of bread—nut bread, oatmeal bread, whole-wheat bread, and one particularly good-looking loaf that had a ticket on it marked “Bhagwan.”