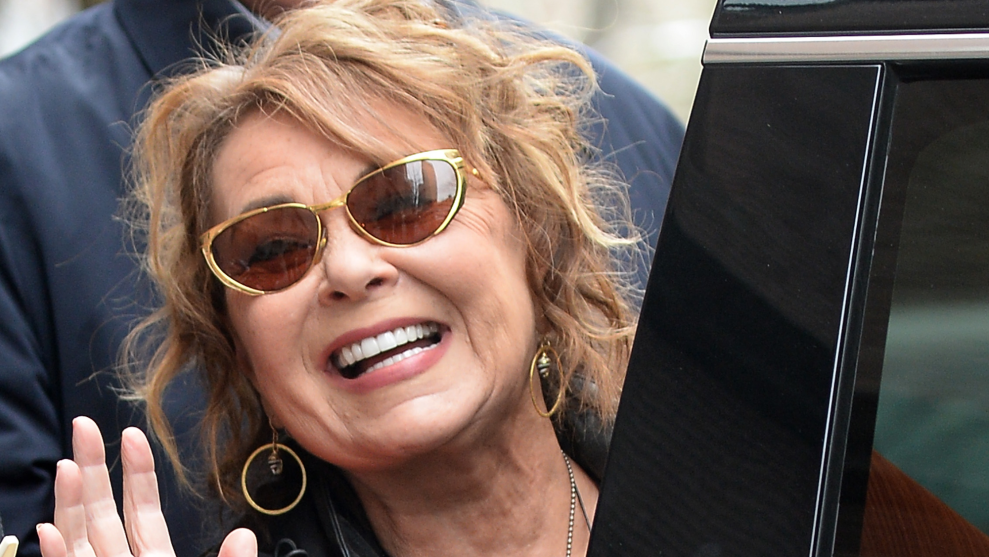 The manufacturer of Ambien is pushing back against Roseanne Barr’s attempt to blame the drug for a racist tweet she published and deleted Tuesday.

“People of all races, religions and nationalities work at Sanofi every day to improve the lives of people around the world,” Sanofi US, the company behind the commonly prescribed sleeping pill, said in a Wednesday statement. “While all pharmaceutical treatments have side effects, racism is not a known side effect of any Sanofi medication.”

The company was responding to another since deleted tweet Barr sent on Wednesday, where the TV star claimed “ambien tweeting” prompted her to liken Valerie Jarrett, a former senior adviser to Barack Obama who is black, to an ape. Just hours after that tweet gained attention on social media, ABC said it was canceling Roseanne for what it denounced as an “abhorrent” and “repugnant” statement by Barr.

The 2018 reboot of the popular sitcom had been attracting high ratings—even while some jokes drew controversy and as Barr kept up her well-established record of promoting baseless, right-wing conspiracy theories.

Despite Barr’s announcement that she would soon be leaving Twitter, along with a public apology she sent to Jarrett, Barr continued to retweet right-wing conspiracy theories about the former Obama adviser well into Wednesday evening. Other Barr retweets suggested ABC was wrong to cancel Roseanne and that Barr thought the company had applied a double standard in choosing to dismiss her.