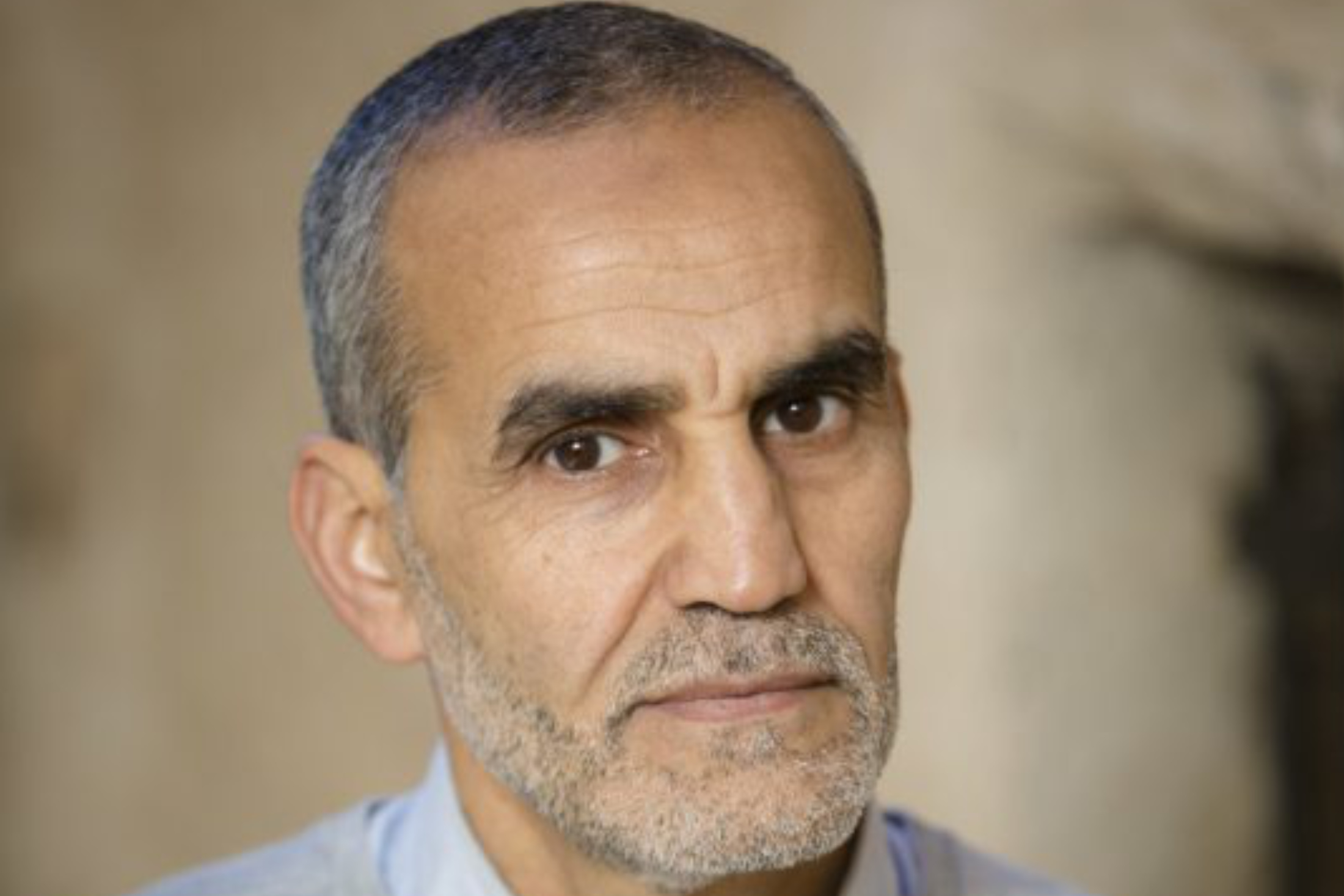 Lakhdar Boumediene and Mustafa Ait Idir were part of the “Algerian Six,” a group of men rounded up in Bosnia on the unproven claim they had plotted to bomb the American Embassy in Sarajevo. The two were beaten, shackled, blindfolded, and transferred in January 2002 to the Guantánamo Bay Naval Base—where they languished for seven years without charges under torturous conditions. Boumediene went on a 28-month hunger strike and was force-fed through a broken nose. The strike, he told me, “was the only thing I could control. Going hungry was hard, but it would have been harder to do nothing at all.” 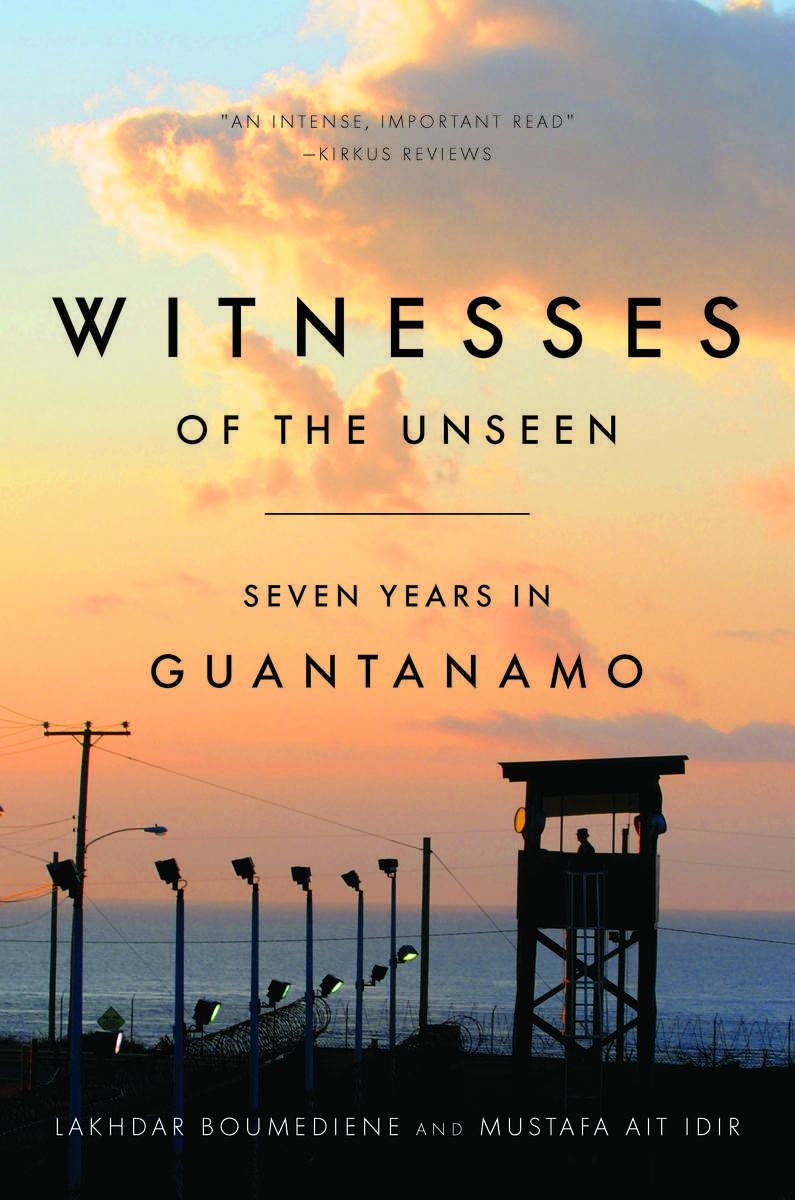 On his behalf, Boumediene’s lawyers sued the federal government in a case that went all the way to the Supreme Court. The court’s landmark 2008 ruling in Boumediene v. Bush established the right of Guantánamo detainees to use American courts to challenge their captivity. In a new book, Witnesses of the Unseen: Seven Years in Guantánamo, Boumediene and Ait Idir give their account of what happened inside America’s most notorious and opaque military prison, and offer readers a window into the horrors of America’s war on terror.

Mother Jones: What did you want an American reader to understand about Guantánamo?

Lakhdar Boumediene: I want Americans to know that Guantánamo? happened not to monsters, but to men. Innocent men. Family men. I had two little girls, and I missed most of their childhoods. I hope our book will open some people’s eyes, and maybe even convince some people to be less violent and more thoughtful.

MJ: Your Supreme Court case gave Guantánamo inmates an avenue to challenge their detention. Why was it important to bring your case to the American justice system?

LB: If my lawyers hadn’t argued my case all the way to the Supreme Court, I would still be in Guantánamo?. So I didn’t really have a choice. But I’m glad my name stands for the principle that everyone has the right to force the government to justify his imprisonment.

MJ: You describe your cell as akin to “a cage at a zoo.” Can you talk a bit more about the conditions you witnessed at Guantánamo?

LB: At the very beginning, they hadn’t even built a jail with cells. We were held outdoors in cages, with scorpions crawling around and the sun beating down on us and buckets to go to the bathroom in. The stench was awful. Eventually, they built an actual prison, but the conditions were still horrible. Most of the guards made it their business to make our lives miserable, attacking us and our religion. But the hardest thing was just the uncertainty, not knowing if I would ever see my wife and children again, even though I knew I was innocent.

MJ: You spent more than two years on hunger strike. What led you to do it?

“I’ll also never forget what it was like to hold my wife and children again, to know that I was home.”

LB: I was tired of being treated as less than a man. Every aspect of my life at Guantánamo? was controlled by the military. What I ate and drank, when I ate and drank, when I slept, when I walked, where I walked. That was wrong—I was an innocent man. I was a man like them. I decided I would not eat their food unless they would treat me as a human being. They had their orders, I made my decision. I controlled my hunger strike. They could force-feed me—and I knew they would; I never wanted to die—but they couldn’t make me actually swallow their garbage. I felt like I had to do something to protest the unfairness of the situation.

MJ: What’s your single most unforgettable memory from Guantánamo?

MJ: Both you and Mustafa detail horrific abuse from guards at Guantánamo. Had Americans known what was happening, do you think there would have been an intervention?

LB: I hope so. That’s part of why I wanted to share my story. I don’t think most Americans were happy about the abuse—they just didn’t know about it. Of course, that’s partly because they chose to look away. Next time, I hope they won’t.