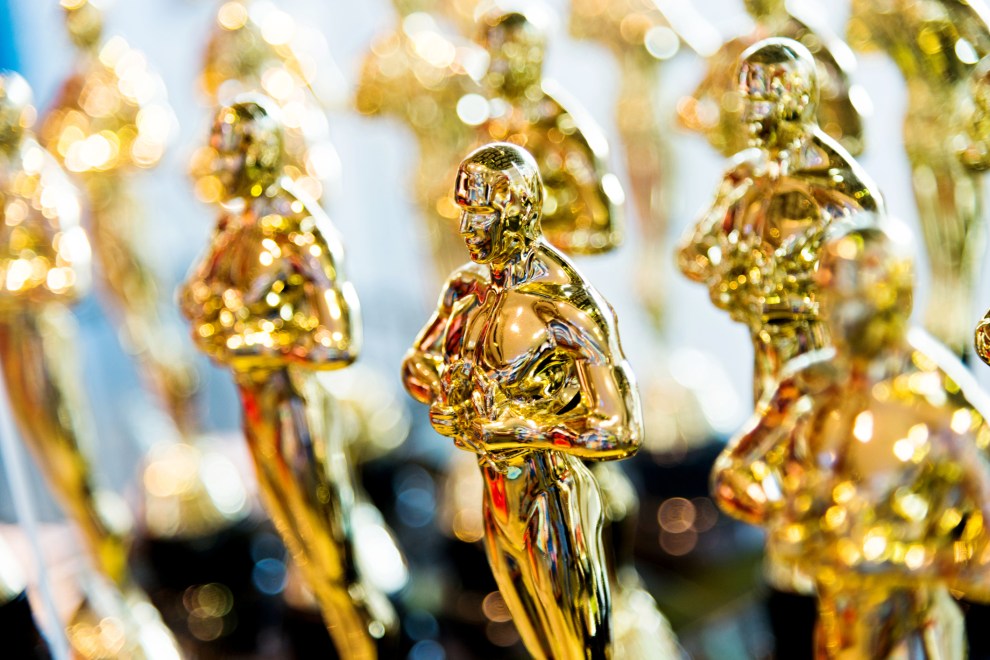 Jackie Chan flicks are no longer the only place where you’ve seen an Asian or Asian American actor play a meaty role onscreen in the US: On TV, they’ve appeared in trail-blazing shows like Fresh Off the Boat, Master of None, and The Mindy Project. Director Jon M. Chu wants to assemble an all-Asian cast for a film adaptation of Kevin Kwan’s novel Crazy Rich Asians, making it one of the first films from an American studio to do so in years.

In 2014, more than half of films and TV shows had no speaking or named roles for Asian characters.

But the demographic still remains one of the most invisible groups in the media. In 2014, more than half of films and TV shows had no speaking or named roles for Asian characters, according to a recent study by the University of Southern California’s Annenberg School for Communications and Journalism. Controversies over the whitewashing of Asian characters took center stage last year, with several prominent actors and producers speaking out. For instance, the creators of Ghost in the Shell, a film adapted from a Japanese manga and anime film, faced backlash after casting Scarlett Johansson, a white actress, as the lead Japanese character.

Melissa Powers and Matthew Eng, both 23 year-old NYU graduates, decided they’d had enough of the whitewashing. Last year, they began producing Asian Oscar Bait, a podcast entirely devoted to Asian stories that, they argue, deserve to be on everyone’s television. The podcast has gotten a few nods from indie publications and it caught my eye for the specificity of its approach: In each episode, Powers and Eng take a story about Asians or Asian Americans and pitch it as a film, suggesting actors, directors, and even writers who could possibly take on the work.

The podcast retells lesser known stories in history, such as Fred Korematsu vs. United States, a Supreme Court case in which a Japanese man, Fred Korematsu refused to go to an internment camp in 1942. Another episode, “The Donut King,” digs into the story of Bun Tek “Ted” Ngoy, a Cambodian refugee who made a fortune selling donuts in California, until he lost everything—a “Wolf of Wall Street meets Krispy Kreme” kind of tale, says Powers. The podcast is a response to the notion that there aren’t enough Asian directors or actors in Hollywood, she says. “Our tagline is: There are no excuses.”

I spoke with the Eng and Powers to get their take on Asian representation at the 2017 Academy Awards.

Mother Jones: What got you interested in Asian representation and diversity?

Melissa Powers: I am Singaporean American, but I grew up in China. I never realized there was a lack of Asian representation in media until I came to the US for university. One moment in particular stuck out me: I was watching Tomb Raider 2, which is a very mediocre film, but there’s a scene where Gerard Butler interrogates a family of Chinese fishermen and speaks to them in Chinese. Obviously his accent is terrible, but I just replayed that scene over and over because I was like, “Oh my God, someone is speaking Chinese in a big Hollywood film.” I just watched it for hours. That really showed me how starved I was for Asian representation, without actually realizing it at the time.

Matthew Eng: I’m half-Chinese—my dad grew up in America and is Chinese—and I don’t look Chinese at all, but it’s a part of my background, undeniably so. While I was in a screenwriting course and producing my own screenplays for class, I began to notice this inclination to create characters who were always white. That’s not an accurate representation of the world I grew up in or the types of stories I think should be told, but it was something I tended to do anyway.

Going off of that, I became more attuned to the film industry and the entertainment world. I began to notice that whenever an Asian actor would appear in a film, they would only be playing roles that could only be played by Asian actors, and those roles weren’t necessarily the meatiest parts of the films or TV show.

MJ: You tackle the Oscars in one of your episodes. How was representation this year when it comes to Asians?

MP: Atrocious! Ai-Ling Lee is the first Asian woman to be nominated for sound editing for La La Land, which is cool, but at the same time, Dev Patel is one of the very few Asian people ever to be nominated for an acting role in Lion. It’s very distressing. But hopefully it won’t be worse than last year’s Oscars with Chris Rock and Sacha Baron Cohen making fun of those poor Chinese kids.

If you consider Iranian people to be Asian, which I do, though not everyone does, Asghar Farhadi is nominated for best foreign language film for The Salesman. He won’t come into the US because of the Muslim ban, and I think he says he plans not to. I think his absence will be felt and I hope people will acknowledge that.

ME: Dev Patel is fairly good in Lion, but I think there’s a lot of other Asian actors who I would have liked to see get nominated. It really fucking boggles me that Park Chan-wook’s The Handmaiden was not nominated in any technical categories, when that film could not be any more pristine a piece of filmmaking. The actress, Kim Min-Hee, is totally phenomenal. In an ideal world, her performance would be an Oscar contender.

I also talk about Andrew Ahn’s independent film Spa Night a lot, which is a story about an Asian man’s queer sexuality. It’s something I’ve never seen portrayed before with that remarkable detail and attention. But it’s not going to be on the radar of Oscar voters. 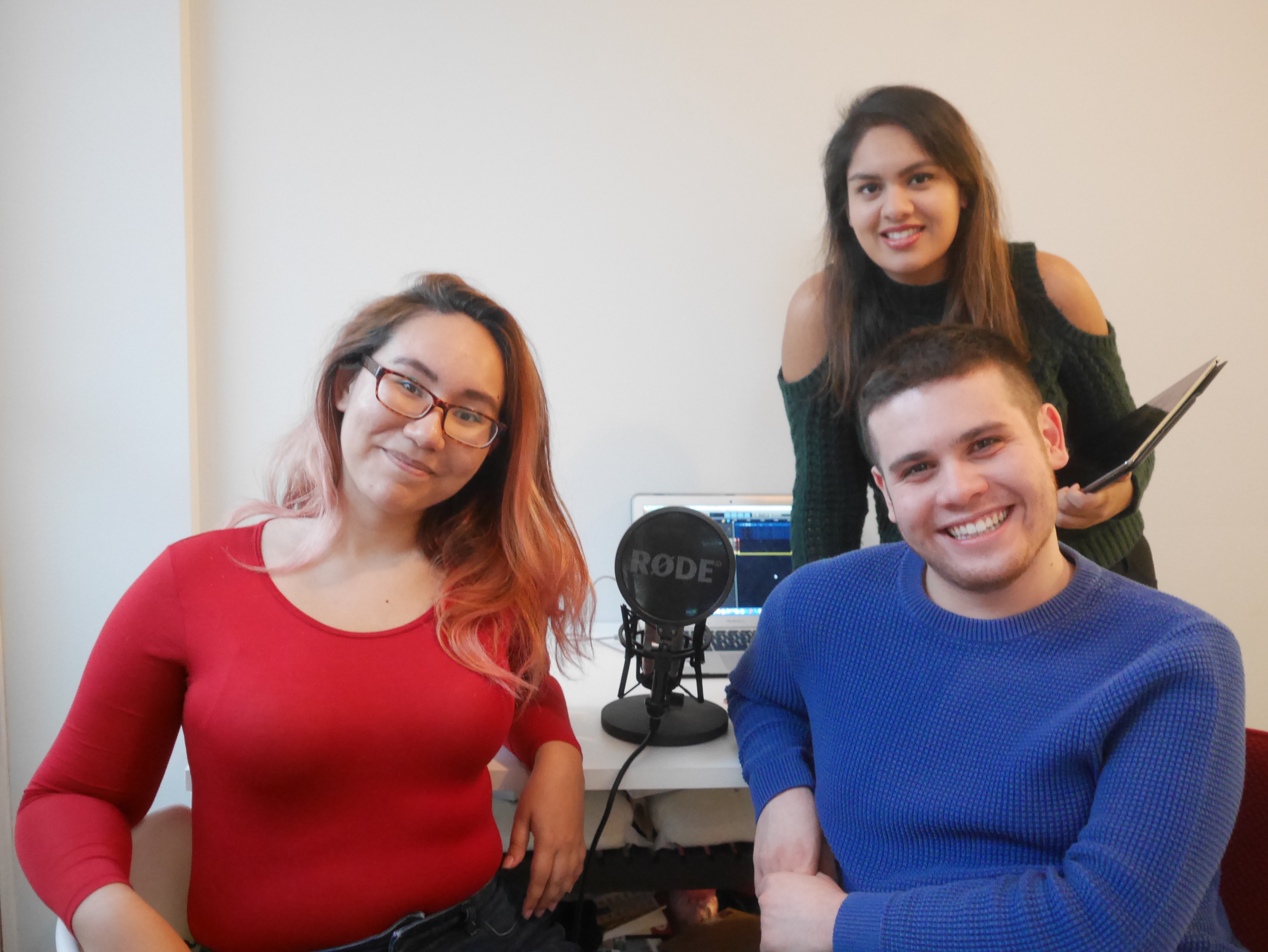 MJ: So what Asian films should have been at the Oscars this year?

MP: We’re both in agreement that The Handmaiden should have been there. But in the future, I’d like to see the Academy’s be more generous towards genre films like sci-fi and horror, because I think those genres tend to be places where people of color get to do more in the role.

ME: The Handmaiden is my number one egregious absence from the Academy. But there’s another film that came out last year called Dheepan by Jacques Audiard. It won the Palme d’Or at Cannes but completely disappeared when it came to the States. It’s about two Sri Lankan refugees who find another young girl in their country and pose as a family to get into France. It really reflects the times, and the performance by this first-time actress, Kalieaswari Srinivasan, is just beyond words for me. If an American director made this story, it would have received a modicum of attention. There’s amazing cinematic craftsmanship that’s going on in all corners of the world, and you just have to look beyond your backyard.

MJ: If you could make one of your episodes into a film, which episode would that be, and why? And how likely would that story get an Oscar nomination?

MP: I think the Fred Korematsu story would be a shoo-in for an Oscar nom. However, the one I’d be more interested in seeing is the Mazher Mahmood story. His name is going to be familiar to most Brits—he was a tabloid journalist involved in a ton of scandalous stories for News of the World, and is currently in jail for tampering with evidence.

He’s the kind of anti-hero that enthralls Hollywood critics and audiences. Think of Wolf of Wall Street—you have drugs, celebrities, and this razor sharp focus with being number one. At the same time, his story has more than a traditional rise and fall narrative. Mahmood has a strange relationship with his own background (British Pakistani) that no one seems to address. Even though he grew up amongst South Asians, he consistently used his minority status to put other people of color at ease and weasel stories from them, usually putting them in jail in the process. There was an incident where he collected buses of illegal immigrants under the guise of giving them jobs, and instead drove them straight to a detention center. As an Asian person, it really amazes me that he could betray “us” like that.

“The only Asian woman ever nominated for Best Actress in the Oscars’ nearly ninety year history didn’t even want people to know she was Asian!”

We don’t really see this kind of betrayal onscreen. In fact, we rarely see Asian antiheroes onscreen. This would easily score Best Actor, Best Screenplay (Mahmood has a book so possibly Best Adapted Screenplay), and potentially Best Director. This would require a minority screenwriter and director, to navigate how Mahmood used and abused the fact that he was an Asian man. And I’m just saying, Riz Ahmed needs that Oscar vehicle.

ME: I would definitely love to see Merle Oberon’s story, chronicled in our second episode, as the basis of a film. It’s such a fascinating, eye-opening, and totally dramatic story of lifelong deception, but it also intersects with the golden age of Hollywood history, making it the type of film the Academy loves to honor any chance it gets. Oberon concealed her half-Indian origins in order to attain cinematic stardom in the 1930s, concocting an entire back story that involved a false upbringing in Tasmania and forcing her Indian mother to pose as her live-in maid in order to ward off any suspicions from her famous friends and consorts. Insane, right?

That being said, I’m not sure it would score any nominations beyond Best Actress for whoever plays Oberon (and, I don’t know, possibly a costume nomination) because the Academy has an annoying tendency of under-rewarding films that could traditionally be described as a “women’s picture,” meaning any movie that puts a woman at its forefront.

Even so, I would love to see this movie made and, preferably, with an actual Indian actress playing Oberon. If this actress were nominated, she would become only the second Asian performer to ever receive a Best Actress nomination. The only other Asian nominee in this category happens to be Oberon herself, for 1935’s Dark Angel, which means that yes, the only Asian woman ever nominated for Best Actress in Oscars’ nearly ninety year history didn’t even want people to know she was Asian! You truly can’t make this stuff up.