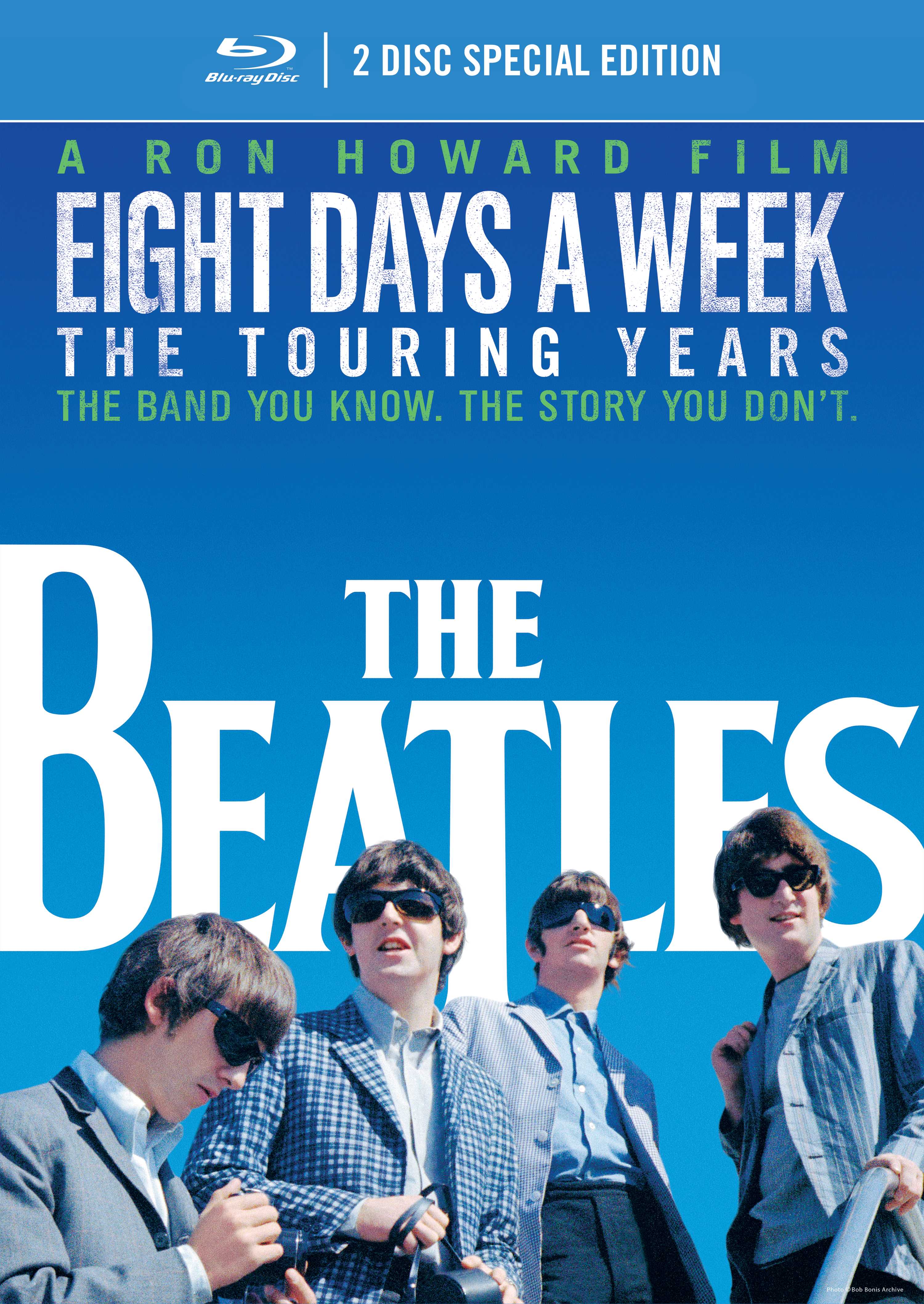 Nostalgic fans of a certain age who like to pontificate about how great music was in the ’60s can cite a couple of new home video releases to back up their argument. Directed by Ron Howard, documentary Eight Days a Week—The Touring Years offers a concise, 100-minute survey of the Fab Four’s career up to the point they stopped touring in 1966. Inevitably, it only skims the surface, but the music is (of course) terrific and the footage of the lads sending audiences into a hysterical frenzy captures the bizarre, sometimes frightening energy of the day. Extras on the two-disc edition include charming reminiscences by American fans and uncut performances of five songs that prove what a cooking live act they were. While the Beatles probably had to stop touring just to preserve their sanity, it’s hard not to conclude from this engaging film that a special spark left their music when they retired from the road, even as their artistic ambitions expanded  exponentially.

T.A.M.I. Show/The Big T.N.T. Show pairs two mid-’60s concert films presenting rock and soul acts live onstage, each delivering a brief set in the style of multiple-artist package tours of the day. The previously available T.A.M.I. Show offers strong performances from the likes of Chuck Berry, Marvin Gaye, the Beach Boys, Lesley Gore, and Smokey Robinson and the Miracles, among others, as well as a few duds, but the centerpiece remains James Brown’s surreal, over-the-top display of genius. Writhing and shouting yet always fully in control, the Godfather of Soul embodies performance art at its mind-bending best and makes the Rolling Stones, who follow him in the movie, seem like capable but callow little boys by comparison. (T.A.M.I. is “Teenage Awards Music International,” but there were no such awards.)

Long unavailable, The Big T.N.T. Show isn’t quite in the same league, but it more than bears watching. Highlights include the sloppy and charming Lovin’ Spoonful, witty country songsmith Roger Miller and early rock and roll great Bo Diddley, laying down deep grooves (not to mention the Byrds, Ray Charles, and the Ronettes). The weirdest moment occurs when folk queen Joan Baez fronts an orchestra for a faithful cover of the Righteous Brothers’ “You’ve Lost That Lovin’ Feelin’,” with Phil Spector, who produced the original, conducting the musicians. It’s as astounding in its own puzzling way as James Brown’s titanic “Please Please Please.” Those were the (strange) days.