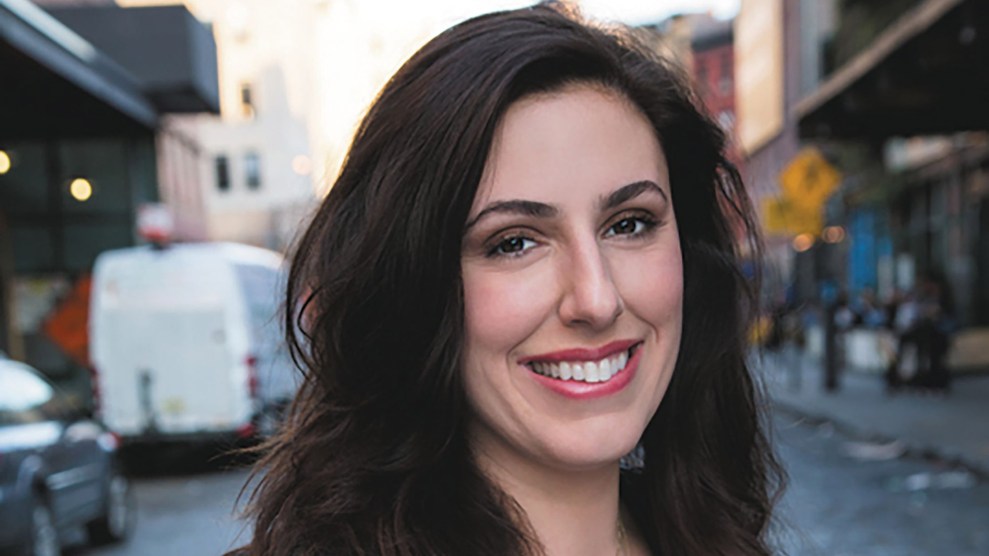 We all know that a “sex object” is an old, degrading stereotype of a woman as nothing more than an objectified plaything for randy men. So why would Jessica Valenti—a feminist blogger and social commentator—choose Sex Object as the title of her troubling new memoir?

This all makes for exhausting reading. How is it possible that Valenti could experience one more miserable episode of violation? The answer is that she can, when she goes to bed with another selfish guy who treats her like a sex object and ignores any desires she might have. And on. And on.

And yet, just when you start rolling your eyes and wondering why she keeps getting herself into these situations, you realize that all the repetition actually makes an important point: This dreary and repetitive sex is what life is actually like for lots of women. Valenti doesn’t sugarcoat—she’s not here to make you feel better—because this is a book that isn’t just for her core audience of women.

“I’ve heard from progressive-minded guys, ‘I understood this on a logical level, but I didn’t necessarily understand how unrelenting it all felt.'”

“I do hope that more men read it,” Valenti tells Mother Jones. “I’ve heard from men, progressive-minded guys, ‘I understood this on a logical level, but I didn’t necessarily understand how unrelenting it all felt,’ which is a big part of the way that sexism impacts our lives. It’s about that cumulative impact; it’s about that no escape from it.”

For Valenti, who has more than 117,000 Twitter followers and writes about modern feminism for the Guardian, the harassment comes 24/7. When asked how she deals with the constant flow of abuse online—the cutting tweets, the hate-filled emails, the comments sections that debate her attractiveness—she laughs. “Xanex, mostly,” she jokes. But, of course, it’s not that simple.

“I’m forever changed by it, I’m fucked up by it, I’m not coping in the most extraordinary way, because I can’t imagine that any person could or would,” she says. “It’s a really strange and terrible thing to deal with.”

The sheer amount of nastiness and vitriol does sometimes make her want to simply quit logging on, Valenti says. But the more serious consequence is how the fear of harassment discourages young writers from diverse backgrounds from contributing online. “I can’t tell them, ‘No, no, no, no, no, no, do it anyway, it’s fine.’ But I feel like we’re losing out on this whole generation of writers from marginalized communities because they don’t want to put up with the harassment and threats, and I can’t blame them,” she says. “But it means that the art that’s out in the world, the culture that we’re creating, is limited because of that.””

The good news is that at the same time, the web provides an expansive outlet for the feminist movement. Valenti herself is a co-founder of the blog Feministing, and she’s optimistic about the explosion of women’s personal stories online. “When men write about their personal lives, and especially their sex lives, it’s brave and amazing and an objective tale of a universal human experience, but when women do it, it’s navel-gazing or it’s frivolous or silly or not real writing—not worthy in any way, which I think obviously has a lot to do with misogyny,” she said. “But I think, being an optimist, that it’s turning around a little bit. Online feminism…really started with women’s personal stories—LiveJournals, Tumblrs. That’s very much the heart of what’s happening right now.”

But Sex Object isn’t all hard truths men need to hear. Valenti examines her feelings about motherhood in a gut-wrenchingly honest, complex way. She writes about both of her abortions, her PTSD after a complicated and dangerous labor that resulted in the premature birth of her daughter, and her feelings of guilt as her young daughter wrestled with selective mutism—a childhood anxiety disorder in which her daughter would only speak in certain situations and with select people.

“My daughter is now five, and I continue to be interested in the way becoming a mother also lends itself to feeling dehumanized or objectified in a weird way,” Valenti said. “The cultural expectations around motherhood…feel like you need to be a mother first before you’re a human being. The idea around selflessness is a nice idea, and of course you want to be selfless, but it does sort of indicate this lack of sense of self that I think is troubling.”