As an ardent conservationist, photographer Nick Brandt’s early work showing the majesty of the large animals that once ruled East Africa wasn’t enough. Brandt created three gorgeous photo books focused on African animals in danger of extinction: On This Earth (2005), A Shadow Falls (2009) and Across the Ravaged Land (2013). As a result of that work, what he saw, and what he learned, in 2010 he created the Big Life Foundation with conservationist Richard Bonham. Big Life protects more than 2 million acres of the Amboseli-Tsavo-Kilimanjaro ecosystem in East Africa.

Brandt’s new project, Inherit the Dust, pushes his photography further to help visualize the impact poaching and development has on wildlife.  Inherit the Dust helps viewers see areas where elephants, giraffes, lions and other animals once roamed by placing 30-foot panels with photographs in the now industrialized landscapes. You see elephants sauntering through large dumps or under overpasses, giraffes blending in with machinery at mining sites. It’s a striking and effective technique. The book includes 68 images that, though admittedly repetitive in their execution and style, are no less impactful.

The work in the book has a beautiful bleakness to it. Looking at the photos alone leaves you feeling depressed. But the images also raise an important issue: Who is Brandt to question—let alone criticize—African nations for developing their countries? Brandt addresses this in the introduction. “I had to stop and ask myself, am I just grieving for the loss of this world because as a privileged white guy from the West, I’ll never again be able to see these animals in the wild?”

He answers by taking a subtle swipe at China for its role in the blink-of-an-eye pace of development in African countries. He also says just because Western nations trampled their environments in the name of progress, that doesn’t mean it’s a model to follow. With his work as a photographer and with the Big Life Foundation, Brandt asserts that environmental consciousness and growing a country’s economy “do not have to be mutually exclusive.” 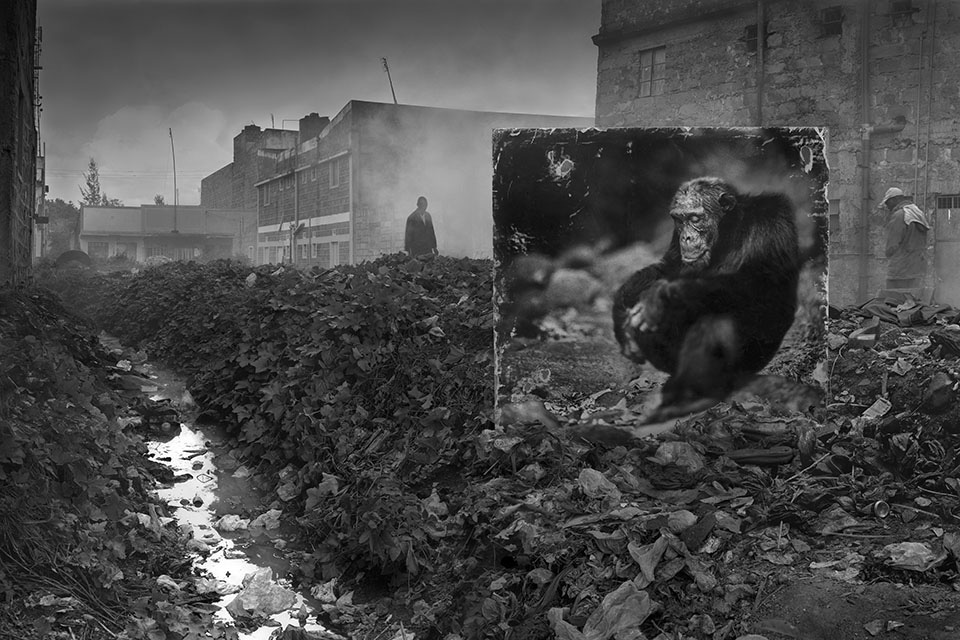 Road to Factory with Zebra 2014

Underpass with Elephants (Lean Back, Your Life is on Track) 2015 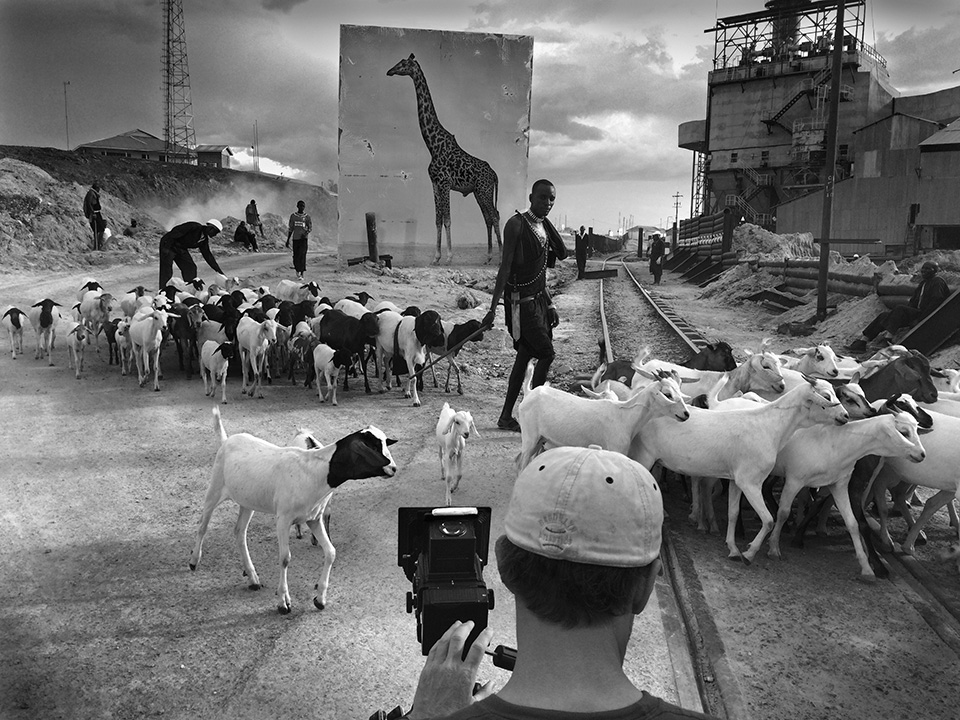 Behind the scenes: Giraffe & Goats 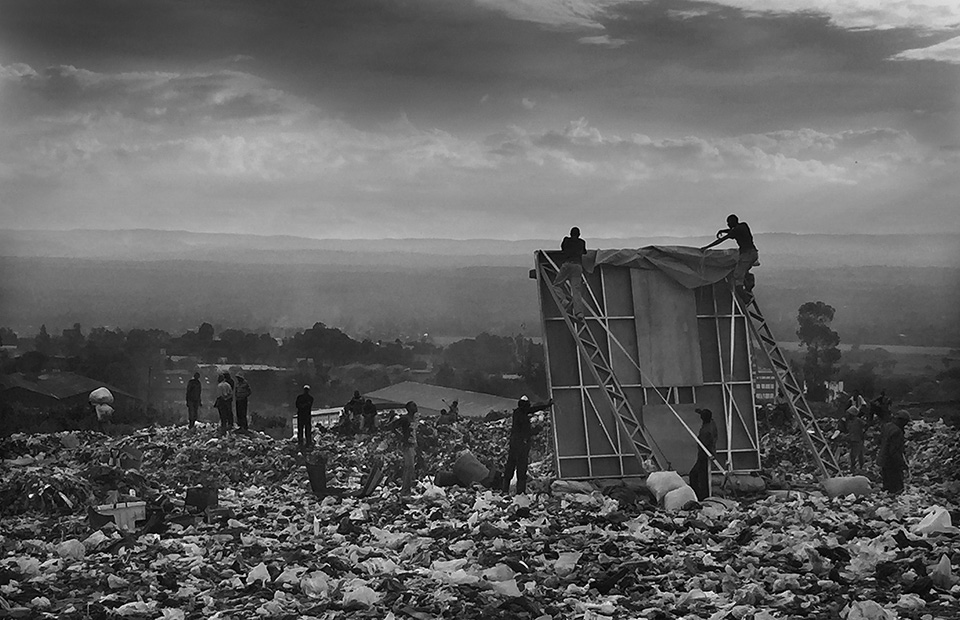 Photos from Inherit the Dust are on exhibition at Edwynn Houck Gallery in New York (March 10 to April 30, 2016); Fahey Klein Gallery in Los Angeles (March 24 to May 14); and Camerawork in Berlin (May 12 to July 8). Nick Brandt is a featured speaker at this year’s LOOK3 Festival of Photography in Charlottesville, Virginia (June 13-19).