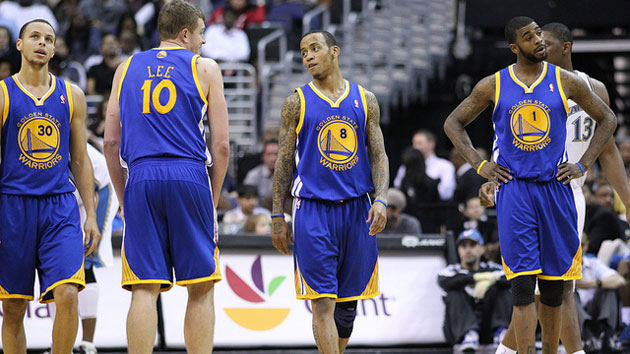 The Golden State Warriors' trainers majorly overhauled the team's diet to cut out soda, cookies, and candy from the team plane. <a href="https://www.flickr.com/photos/keithallison/5493804076/in/photolist-9ntbxW-D459K2-4C26ab-us5n6D-uMSazH-55uigY-tJinUc-4ed2ZB-eiYvcq-tbFZTq-u8SqYH-4uT5YW-fhihVz-eofBmP-4ed2BX-5KiCnH-4ed2Ne-BR4qb-4eh1ah-tQkF2t-eofBE8-f6w93x-e5N3U4-qNrAZj-uAYn9w-CCfky-uBXvvW-epbQaU-BR4xS-sMZKxG-Hemig-8QCgCV-q1WCRP-BjNzQC-MS3Mk-u3WpzM-u69LFs-8QCiAv-vU49DP-6aMKE3-fDj1YP-uF46or-fNCbJn-7knp4m-edWTMC-8nzsxH-fedgap-8QCePx-q5R1KK-e58dmp/">Keith Allison</a>/Flickr

After the Golden State Warriors’ Steph Curry scored 51 points during his game last night, he might have been craving a soft peanut butter and jelly sandwich. But the day before, the favorite snack would’ve been out of reach: As a part of overhauling the reigning NBA champions’ diet, the team recently asked players to cut back on sugar while traveling to games, reports the Wall Street Journal.

The champs aren’t alone in their quest to eliminate the sweet stuff. Americans are cutting back on sugar more than any other substance these days, according to a January Reuters poll. Fifty-eight percent of people polled said they had attempted to limit their sugar intake over the last 30 days, compared to 48 percent who had attempted to cut back on sodium and 50 percent who had tried to cut calories. Nearly half said that labels stating “no sugar added” helped inform their shopping decisions. 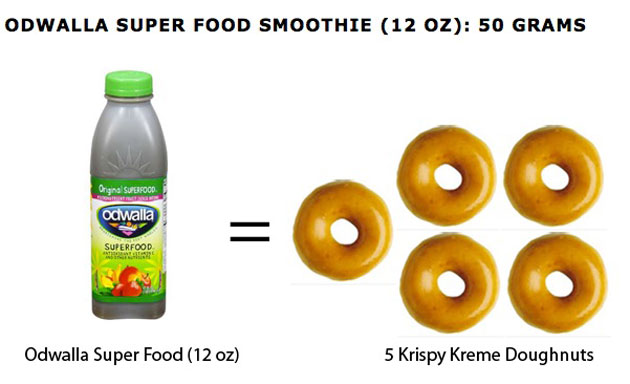 Though we may be foaming at the mouth for an Odwalla green juice (50 grams of sugar) or a Nature’s Valley granola bar (11 grams of sugar), the United States Department of Agriculture says we’re on the right track in trying to avoid too many sweets. New dietary guidelines released earlier this year recommend we drastically decrease our added-sugar intake—particularly of sweet drinks and processed snack foods. Sugar-laden diets translate to increased calorie consumption and a higher risk for heart disease, obesity, and diabetes. The feds recommend a daily maximum dose of 12 teaspoons—less than half our current average of 30. (Here’s what that recommendation might look like).

So just how much sugar is in one of the Warriors’ favorite sandwiches? Let’s assume you use the same ingredients reportedly stocked in the locker room in Oakland: creamy Skippy peanut butter, Smucker’s strawberry jam, and 12-grain whole wheat bread. 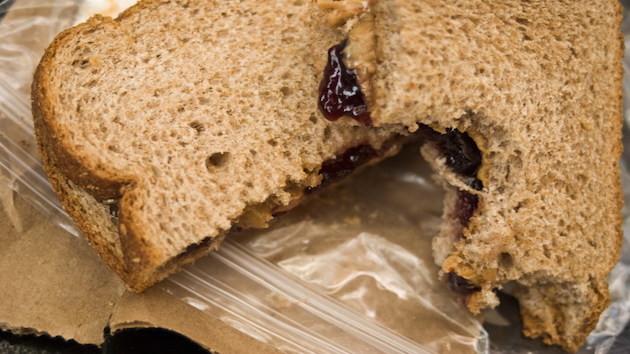 For the Warriors players, who were reportedly on board with giving up Gatorade and sodas, the absence of those homemade PB&Js just couldn’t be justified. With help from their assistant coach, the players successfully persuaded their management to lift the ban on the beloved sandwich this week. Of course, basketball stars burn on average of anywhere from 600-800 calories in a game—surely they can afford to celebrate with a sandwich on the long flight home.