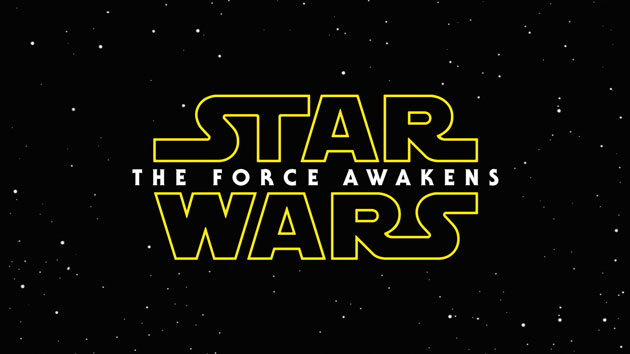 Ben Dreyfuss: Eddie! OK, Star Wars is here! I just walked out of a 10 a.m. showing. You saw it this morning?

ER: Yeah, back when I was a child, my pops had the original VHS box set. I may or may not have watched it on loop.

BD: OK, so you are saying you love the original Star Wars films because they remind you of playing catch with your dad? There are daddy issues here. Which is fine!

ER: Hmm, I hadn’t thought of that.

BD: OK, so let me just start by saying that I am not a Star Wars fan. I guess when they first came out in the ’70s and early ’80s, the graphics were kickass and new and “wow!” but for people our age they’re not that impressive.

ER: Totally understand that. The first film actually came out in 1977. I would imagine it was pretty revolutionary for its time—the graphics, the camera work, the idea that these randos are traveling through space on an intergalactic adventure.

BD: But let’s talk about this new one. And SPOILER ALERT: We will spoil it all.

ER: Yeah, c’mon, it’s the 21st century, and we’re on the Internet. Spoilers are everywhere. By the way, did you hear Daniel Craig apparently made a cameo?

ER: Yeah! Apparently he was in that scene with Rey, when she asked the Stormtrooper oh so nicely to loosen her restraints.

BD: That was a great scene. OK, general thoughts: I really enjoyed it. I thought it was far and away the best of the series.

ER: See, I’m not sure about “best of the series.” I thoroughly enjoyed every moment, from the iconic John Williams opener to the TIE fighter battle at the end. It harkened to the original trilogy most of the time. But—

BD: Well, I mean we could call this entire fucking film an homage to the original. SO many elements are reproduced. They even joke about it when Harrison Ford is looking at a model of the Death Star and the SUPER DEATH STAR and he says, “I get it. It’s big.”

BD: There is this fight in films like this about whether they should be written for fans or for general audiences. I think you see a lot of ones that go awry are because they’re trying too hard to accommodate the diehards, à la Watchmen, but this one had seemed to also have enough broad appeal to stand on its own.

ER: Totally agree. Can we talk about this cast? That’s what did it for me. It’s just a young and diverse collection of heroes and villains. Badass female lead, badass black and Latino duo.

BD: The leads, whose names I don’t know, but the guy and the girl, they were both pretty fucking amazing.

ER: For sure. This was John Boyega’s (Finn) and Daisy Ridley’s (Rey) launch party. Oh, and Adam freaking Driver killed it as a petulant Darth Vader wannabe.

BD: Totally. And I found, to my surprise, that they really were more interesting than the original actors who admittedly had less to do in this film. But I was sort of bored by their requisite presence and wanted to get back to the Star Wars: The New Class.

ER: A cast of nobodies embodying the allure of an iconic series. It looks all too familiar. Also, can’t forget Oscar Isaac. He was severely underutilized.

BD: Let’s talk a bit about the plot.

ER: How did you feel about the First Order’s weird Nazi overtones?

BD: Oh man! They laid that on thick! That scene with them literally heiling the SS guy?

ER: I literally whispered, “damn, that’s so Nazi,” under my breath when that scene came on.

BD: In one of the first scenes, the Stormtroopers go to the shitty sand planet and are executing people, and the hero, Finn, watches his friend die and there’s the blood on his mask—and he like grows as a person. I mean, from the standpoint of his military career he really did not have a stellar first mission. But I thought the actual emotional moment was some pretty beautiful storytelling that you don’t often see in this genre.

ER: Yeah, it’s something you barely thought about in the original movies. What would happen if a Stormtrooper just said, “Forget this, I’m outta here”? And what if some random scavenger on a desert planet ran into that same Stormtrooper? It’s an alternative perspective on the typical storyline.

BD: How did you feel about the old crew’s presence? Carrie Fisher wasn’t really given much to do.

BD: WAIT. R2 D-2. Now I have a question. I totally didn’t understand what the fuck that was about. He had a map but went dark when Luke flew away and then just decided to repower on right at the last second after X many years?

ER: Actually, let’s get back to that, because I have thoughts on that. In a word: It was so fucking implausible. Like WTF R2, NOW YOU WANT TO WAKE UP?

BD: HAHAHAH. It made NO SENSE. They didn’t even try and justify it in dialogued.

BD: The ball was great. The ball is a fucking star.

BD: Why does the ball talk in clicks and beeps? Like I know R2-D2 does too but it seems very difficult for many of the humans to deal with. Like some know how to speak beep and squeak but other don’t. Why don’t they program the robots to talk in English like Mr. Gold C3PO?

BD: THE BALL CAN CLEARLY UNDERSTAND ENGLISH. WHY CAN’T HE SPEAK IT? This is actually my biggest complaint about this movie. I took the time to tweet about it from the theater.

Why does the ball robot talk in squeaks & why do some humans know the squeak language? Wouldn’t it be easier if the ball spoke English?

ER: I mean, the droid is still a robot. And it has the capacity to understand, which made it hilarious when Finn was trying to get BB to side with him.

BD: Yeah that was a cute scene. There were a lot of really cute scenes.

ER: Here’s my problem with the plot: It lacked context.

BD: Yeah, without any Force. Like they have no Jedi since Luke ran off to play Survivor on some island.

ER: Beautiful shot, by the way. Mark Hamill in his best acting performance since The Kingsman. I just saw that movie recently and was like “OMG Mark Hamill’s head explodes!”

BD: He has spent the last like 20 years doing voiceover work. I think he was in a bunch like animated Batman series.

ER: For sure. He’s kept busy. But back to the plot: Luke has disappeared, and everyone is trying to find him.

BD: You’ve just reminded me of another plot flaw. What sets this movie off aside from the personal revelation that being a Stormtrooper is bad? Like the Super Death Star Ray that the Empire or First Order whatever the hell they’re called is already online. They use it to kill like 10,000,000,000 people midway through and then are going to use it to kill the rest of them. But they didn’t just turn it on. They could have done that months or years or whenever ago.

ER: Right. Also, not a smart move to absorb the sun’s energy to power the weapon. It really screwed the First Order at the end of the day.

BD: I’m no scientist but when suns collapse they like create dark holes I think which are bad. Wait, I have another question. Let’s just acknowledge this right here: Adam Driver or whatever his character’s name is kills Harrison Ford in a pretty obvious moment of like “shake my hand, pa, let’s have a game of catch” and then stabs him in the heart. Then some other shit happens and the girl discovers she has the Force and gets Luke’s lightsaber and then suddenly has all this Force power and does some Force shit and she kills Adam Driver in the woods.

ER: So, two things: I still want to know Rey’s backstory. Whose child is she? And why was she abandoned in the desert? And with whom? But yeah, back to Han Solo’s horrific death scene: It genuinely felt like that moment in Empire Strikes Back, I think, when Luke finds out Vader is his pops and has a WTF moment. Only this time, Kylo Ren seems to have a moment of “maybe I can be good” and then says, “no way” and kills his dad.

BD: So my other question was, how does the girl become so good at sword fighting? I get she has the Force in her because she just has the Force in her, but Adam Driver has been training to kill people with his crucifix lightsaber for years. She just got her first lightsaber and is suddenly winning fucking gold medals in fencing at the Olympics.

ER: If you can fight with a staff in the desert, you can use a lightsaber. Although it also raises the question: How was Finn using the lightsaber so well? He worked in sanitation!

ER: He was a janitor, basically. And yet he wielded a lightsaber and went pound for pound against Kylo Ren. Also, let’s appreciate just how much of a child Kylo Ren acted like when things went wrong for him. And how he Force-choked that one general.

BD: Literally having a tantrum and destroying his battleship room with his lightsaber.

BD: Final thoughts: I really liked it. I think the reason it is better than the original movies (which are overrated) and the prequels (which are garbage but also somewhat underrated because everyone hates them so much) is largely because J.J. Abrams is a better and more technically inventive filmmaker than George Lucas. (also, for the record, I called this months ago)

ER: But Ben, the originals are not overrated, and The Force Awakens exemplifies why. The things that made the Star Wars series great—its pace, its wit, its storytelling—are what made this movie all the more memorable.

BD: NO WHAT MADE IT GREAT WAS THE CAST AND J.J. ABRAMS.

ER: For the Star Wars fan, this was a wet dream come true. For the typical moviegoer, it was straight-up a good holiday action film.

BD: “Wet dream” is a thing I bet most Star Wars fans know well since they’re all adolescent boys with acne. (Sorry, no offense. I was once one too.)

BD: And with that, let’s publish this motherfucker.