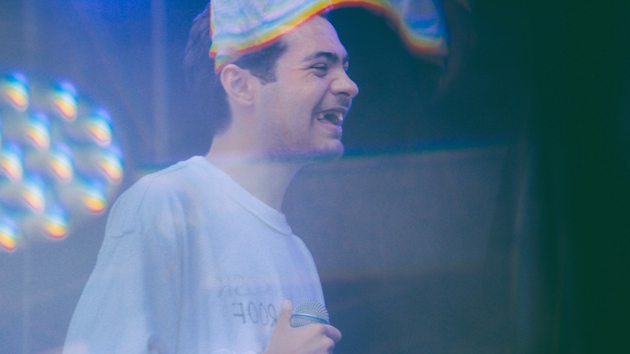 The rat king is a haunting image from European folklore: a bevy of rats, tangled together by their tails and thought to grow together as a bunch. (Rat king characters also make appearances in the Teenage Mutant Ninja Turtle comics and the animated show Adventure Time.)

In an age of hypersleek solo rappers, RATKING celebrates the grime of the streets, faces on the subway, steam rising from manholes.

Then there’s RATKING, a left-field hip-hop group that’s one of the most exciting recent acts to come out of New York City. The mythical metaphor is apt. In an age of hypersleek solo rappers like Drake and Kanye, the three-member posse celebrates the grime of the streets, the everyday beauty of faces passing on the subway, the steam rising from manholes.

Together they’re a motley crew, with a lot of growing left to do. The group formed in 2011 and has released two albums since: 2012’s Wiki93 EP and the 2014 full-length So It Goes. The first version of the 2012 EP, before they signed to British label XL, was titled 1993. That’s the birth year of frontman Wiki, a.k.a. Patrick Morales, 21. Hakeem “Hak” Lewis, Wiki’s rapping partner and childhood friend, is a year younger; Eric Adiele, 33, who goes by “Sporting Life,” is the group’s producer.

If you’ve never heard of RATKING, you couldn’t do better than to start with their single “Canal.” The track distills RATKING down to its essence, and the result is like nothing else in contemporary hip-hop. Sporting Life’s lumbering, explosive production hits you first. “I wanted it to be like Dipset meets Three 6 Mafia,” he says, listing some of the group’s canonical influences. “Shit Juelz Santana woulda spit over, Juicy J, Project Pat. But flipping those, running them through weird delays and effects.”

Then come the verses, paeans to Manhattan’s Canal Street—home of pawn shops, hawkers, and travelers of all colors and nationalities, mashed together as densely as Sporting Life’s production. (Or a rat king.) Taken together, the effect is visceral. You can almost smell the streets. Wiki, with his two missing front teeth, shouts over the din of a dirty metropolis, buoyed by the quieter, more poetic Hak’s reflections on his “17 summers” growing up in the city.

Shot in 16mm, the accompanying music video is the perfect complement. Celluloid film isn’t like digital—there’s no previewing or deleting, so what comes back from the lab can often be surprising. And that’s the beauty of the medium, as the video makes clear in an instant. Utterly unpredictable film burns—the washing in and out of colors at the ends of a reel—cut quickly between stunning Technicolor observations of daily life in New York City. Clothes wave from windows; fish stare back from Chinatown aquariums; all types of people walk down sidewalks and alleyways, but we only ever see them from the back. It’s the same teeming city where, by chance one day, Sporting Life watched a teenage Wiki freestyle in a Lower East Side park and approached him on a whim. The song celebrates the vitality of a place that people love to complain has strayed from its creative roots. Wiki pushes back defiantly on his bridge: “Think the city has let up? / Get up, wake up! / Open your eyes, wake up!”

The exhortation is so energetically earnest that never for a moment do you think that this is “rap with a positive message,” proselytizing in any way. All it is is a heartfelt reflection on a world these artists know firsthand. When I ask the group (minus Hak, who was taking a break from the road after picking up a weed charge while touring in North Carolina; band management insists the incident had nothing to do with his absence) about their attitude toward politics, the answer is in that mode. “Me personally, I don’t know everything that’s going on, all the current events,” Wiki says. “And I feel like you should be informed as fuck before you start throwing around opinions. But if there’s something in front of you…”

Sporting Life chimes in: “If it comes into your world, hopefully you say something about it, you have an opinion about it.” 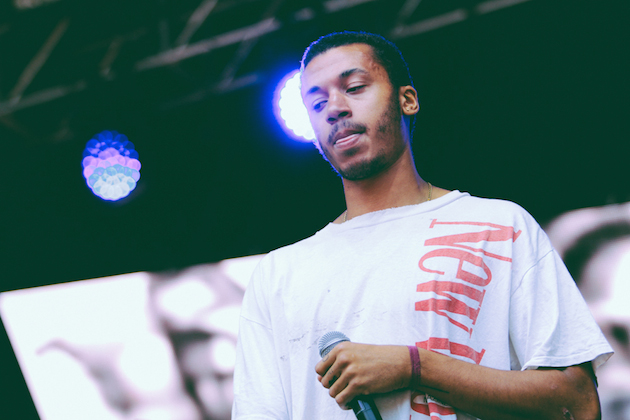 This is the spirit most memorably on display in their track “Remove Ya,” where over a grimy, UK-influenced beat, Wiki and Hak trade bars about facing police harassment just for being teenagers in New York. Half-Puerto Rican, half-Irish Wiki riffs off the well-circulated Nation recording of an NYPD officer stopping and frisking a guy (“for being a fucking mutt“): “I’m a mutt, you a mutt, yeah, we some mutts.”

It’s a telling hook for a song that could easily carry so much anger and resentment. RATKING’s world is not so much a battle between good and evil as a constant assertion of life in all its wonder against the forces of boredom, bureaucracy, and routine. It’s a party where everyone’s invited, and the only foul is being dull.

In that way, the music is stridently youthful, which makes sense. Two out of three of the band’s members still live with their parents, after all. So how have the folks reacted to their sons’ remarkable success, their multiple national tours before they were old enough to drink legally? “My mom’s definitely been really cool,” Wiki says. “She’s always been very supportive of me in the arts,” he says, emphasizing the words self-mockingly. Okay, but what about all the rhymes about smoking weed and getting drunk? “She knows that I smoke weed. She knows that I drink,” he says. “She probably doesn’t understand fully…” They laugh. “But I would never filter, you know?” Wiki goes on. “In regular life, I filter more than in my music.”

Among the group’s influences: ’50s noir, ’70s no wave, and the spirit of New York Mayor LaGuardia, “that chubby little motherfucker.”

“Anyway,” he adds, “I think I’m gonna move out when I get back. My mom’s actually moving to a new cr—apartment.” Presumably he was about to say “crib,” but stopped himself. It’s incontrovertibly the case that the members of RATKING, for all the hooliganism in their image, are remarkably mature in person. The Fader‘s T. Cole Rachel noted that they’re an “immediately and strikingly polite” bunch, the type to throw a smoke bomb at a Fashion Week party (as Wiki did in the 10th grade) but then sit and read Kurt Vonnegut, whose refrain in Slaughterhouse-Five inspired the name of their last album.

I was surprised by how eager they were to listen, how often they’d stop to ask if they were making sense. That unusual openness is also apparent in their wide range of declared influences, which go way beyond hip-hop to include the 1970s no wave scene, ’50s film noir, the nonlinear storytelling of director Harmony Korine, and even, Wiki insists, the freethinking spirit of former New York City Mayor Fiorello LaGuardia, “that chubby little motherfucker.”

How do you take all of that and make a cohesive sound? Here, too, the thoughtfulness of the approach belies the band’s youthful aura. “The longer people don’t know about what you’re working on, the stronger it gets,” Sporting Life explains. “Being present and able to recognize what’s ill around you creates kind of like an ill void. You pick enough things out of that void and put them together, and you can create something that glides through people’s consciousnesses.” And that process is painstakingly iterative. “There’s this period where you’re just adding, taking all these elements,” Wiki says. “But then you have to start moving toward the simplest form.”

“And that takes work,” notes Sporting Life. “It’s like when you see a tai-chi master. It’s so much work up until being able to do that, but it looks so simple. And we’re closer to that now than we’ve ever been.” 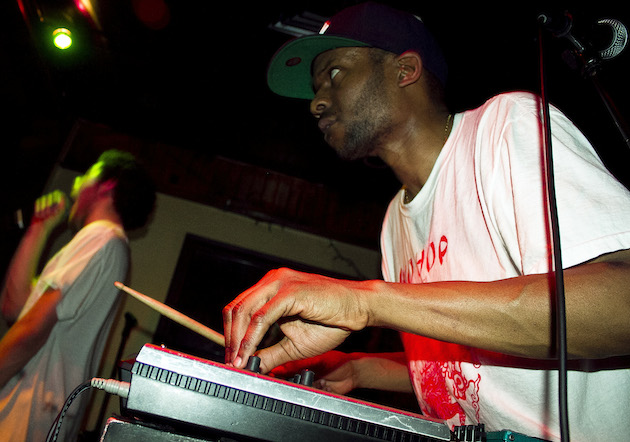 The group is now touring with kindred alternative rap acts Run the Jewels and Despot while working on a 7-track project, 700 Fill (like the fill power of a jacket). Look for the new release in January or February. “If we miss the winter, it’s not coming out ’til next winter,” Wiki says. “It’s a winter album.”

After I’m done, the band members check to see if I have any lingering questions, considerate as ever—did I get everything I need? Actually, I would like to know one more thing. As perceptive young artists, what worries and excites them the most about our culture today?

Wiki fingers the toothbrush he’s been holding in anticipation of a preshow shower. He frowns. “You know,” he says, raising the brush like a staff, “the same shit that worries me excites me.” Sporting Life concurs: “I mean, there’s little to be worried about, really…There’s a lot you can do these days, just sitting in a bedroom or wherever. The individual has really been empowered if they have time to just sit and build. Just try not to be bored.”

UPDATE, 11/26/14: This article has been updated with further information from Ratking’s manager on why one band member was absent from the group‘s tour.