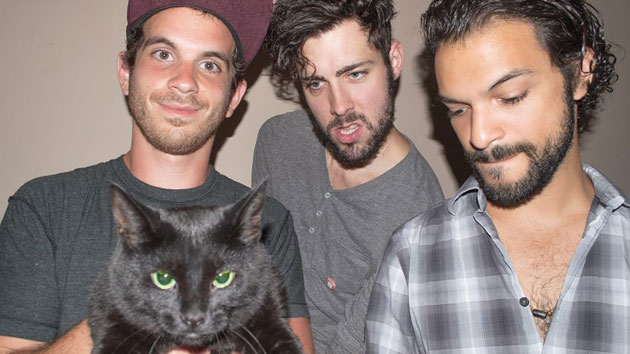 Practically everything about the Washington, DC-based band Paperhaus is homemade: its recording studio, its music venue (the Paperhaus), its business, its songs, its sound—even its Chinese food: “Why order it when you can make it yourself?” Alex Tebeleff explains when I arrive at the band’s northwestern DC home and venue on a recent Monday evening.

Home venues are “comforting,” Tebeleff says, in a way that clubs and bars and even converted warehouse spaces tend not to be.

As Tebeleff soaks his chicken in a deep fryer, a small black cat named Widget weaves around the amps and drum kits and guitars occupying the room. She arrived one night during a show and never left; Widget and Alex have lived here the longest. The décor is mixed, from a poster of a monkey skeleton to a flowered ceiling lamp—a distinctly homey vibe with a playful spirit. Over the past few years, thousands of fans, hundreds of bands, and countless underground music critics, have flocked here to listen, to enjoy, and make music.

The Paperhaus, arguably the most active and established of the several dozen home venues across DC proper, is a modern remnant of the DIY movement, wherein young artists and music fans, feeling shut out by the professional music industry, set about creating their own underground version in people’s living rooms, garages, and basements. Home venues are “comforting,” Tebeleff says, in a way that clubs and bars and even converted warehouse spaces tend not to be.

This is hardly an only-in DC thing. Smithereens’s Pat DiNizio played a five month “Living Room Tour” in 2001, for instance. And Seattle Living Room Shows are hosted in secret locations to keep police from catching wind of the DIY venues and shutting them down, but DC hosts some 35 established home venues, tracked by a website called Homestage DC. The public radio station WAMU describes what’s happening here as a local Renaissance—one that Alex and others would love to see spread nationwide.

“You come to a Paperhaus show and you see punk kids and young professionals, artists and people coming straight from work.”

Paperhaus’ adventures began on a soccer field 14 years ago, in Montgomery County, Maryland, when two middle schoolers met up and started chatting about music. The pair, Tebeleff and Eduardo Rivera, would become the “revolving center” of what is now the band Paperhaus—which shedded more than a few “terrible names” along the way.

Tebeleff, who has lived in the DC area his whole life, books the shows and produces them, and supplements that modest income by teaching guitar. He enjoys chatting about everything from German philosophy to pro football, and will endlessly describe his past and present inspirations: Fugazi, Radiohead, Scott Walker (the singer, not the politician), and Here We Go Magic, to name a few. Danny Bentley is the band’s drummer, and Xaq Rothman its bassist. Tebeleff describes his bandmates as very “family oriented”—especially Rivera, his longtime musical partner. This attitude is reflected in the way the group invites bands and guests into its home and treats them like part of the family. During our chat, at least four or five neighbors and friends pass through the space as though they, too, lived there. 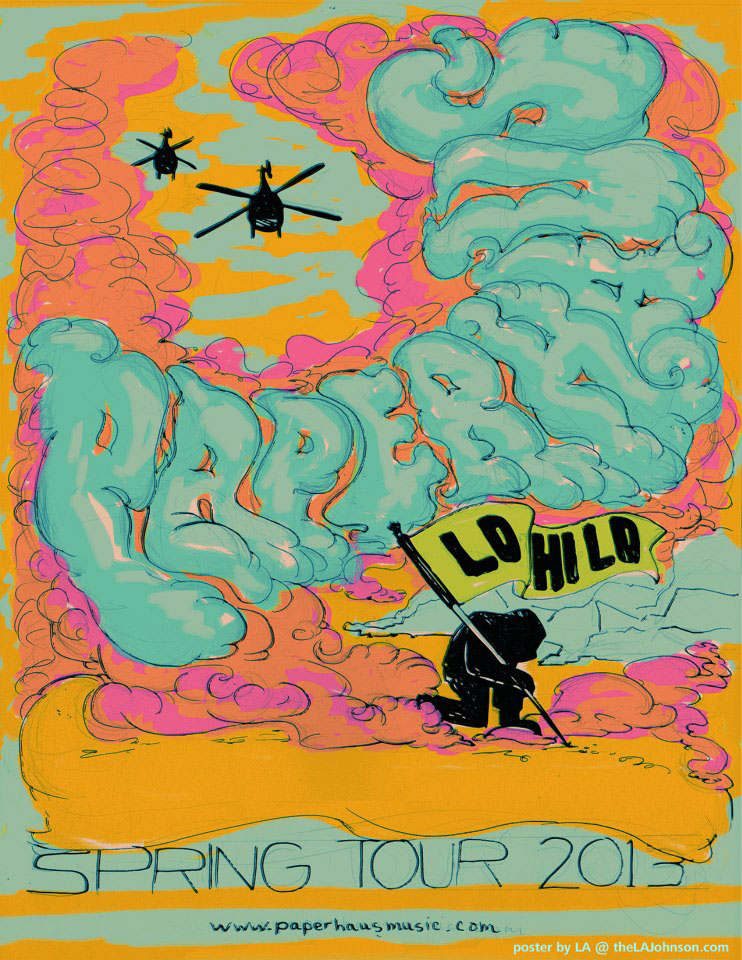 The typical show, Tebeleff says, draws 80 to 100 people to the living room, although more often show up, cramming themselves between the staircase and the stage for the best view.

One of the more prominent live bands in town, Paperhaus also plays at popular bars and venues such the 9:30 Club and The Black Cat—it recently played the Kennedy Center, which usually hosts major classical performances. The band has gone on several national tours, playing everything from a little record store in Mississippi on a Monday night to big venues in Atlanta and in Raleigh, North Carolina.

So why bother playing their own living room? “When I moved to DC after college,” Tebeleff tells me, “the music scene was very closed off, very exclusive. It bothered me. Music is something that should build community and not isolate it.” The clubs were not only cliquey and hard to break into; they made it practically impossible for bands to rise up: “There’s no middle class for bands anymore,” he says.

What he means is that commercial venues often refuse to take a chance on any band that hasn’t already proved that  it can pack a room or merit a pricey ticket. “The reason I started Paperhaus,” Tebeleff says, “was to bring people really interested in music together in a safe space that was open and friendly.”

The band applied the same philosophy to the recording of its upcoming album, which entailed long, intense hours together in the Paperhaus improvising riffs and phrases and melodies—and composing as a unit. It was “the hardest thing I’ve ever done,” Tebeleff says, and its challenges led to the departure of the band’s original bassist. The album is due out in January. Here’s “Cairo”:

The image Tebeleff hopes to project is a departure from the usual power-lunching lobbyists, punditry, and posturing that people associate with the nation’s capital. “People have a very negative perception of DC a lot of the time because of the politics,” he says. “We try to educate that there’s an entire other scene that couldn’t be more different. We’re not consciously trying to be the antithesis of the political world, though. We want to include them in this. You come to a Paperhaus show and you see punk kids and young professionals, artists and people coming straight from work. The whole spectrum of DC society is becoming aware of it.”