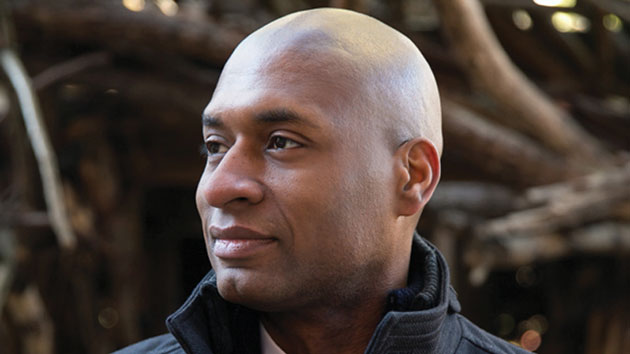 Charles Blow is known to readers of the New York Times as a guy who distills complex news events into tidy concepts and charts. But his unabashedly honest memoir out this week, Fire Shut Up in My Bones, reveals a painful, messy childhood in rural Gibsland, Louisiana, “a place with whites and blacks mostly separated by a shallow ditch and a deep understanding.”

Blow’s early childhood was a succession of traumas, none more scarring than his own sexual abuse by an older cousin, which he alludes to in his most recent column. But Blow later reinvented himself as an athlete, star student, and, later, president of a college fraternity with violent hazing rituals. He became the Times‘ graphics director at age 25, did a stint as art director at National Geographic, and earned the title of Gray Lady columnist in April of 2008. “I was in a panic the day that I got this job,” he admits. “An absolute panic!”

Mother Jones: What was the catalyst for your memoir?

Charles Blow: I had an insanely long commute—New York to DC—when I worked at National Geographic. I hate to waste time, so I spent my time by writing about my life on the premise that I might be able to pitch those as short essays to magazines. It wasn’t until later that I realized that I was writing a book.

MJ: You have an amazing memory. 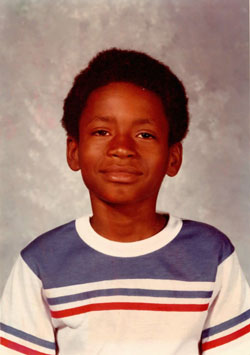 CB: Trauma stays alive and stays with you. You relive it every day, so those scenes are incredibly fresh.  In addition, the house where I grew up was still there. Nothing had been changed inside. So I’d just sit in the room, forcing myself to remember in the actual space where [events] happened. It helps with the dimension and gritty granularity that you can provide. I did the same thing with the church and with the cemetery.

MJ: Now, the cemetery in your hometown was once segregated—grandiose on the white side, rundown on the black side. Is it still like that?

CB: It is more even. But there is still the chain-link fence between them. In my mind, it would be such a wonderful thing just to take down the fence.

MJ: As a questioning teen, you found the word “homosexual” in the Bible and discovered that it was viewed as an abomination. What would you say to that kid today?

CB: Something along the lines of this: Different is not deviant, no matter what the world may say. You have the moral obligation to love yourself.

MJ: As a father of three, did you feel any trepidation about putting certain details about your sex life out in the public realm?

CB: That, to me, was a rather simple decision. The facts are nonnegotiable. I always say to my friends, “I sleep well at night.”

MJ: You also write about a time in high school during which you were trying to change the way others perceived you. Will you talk about that?

“I had set about trying to make myself more polished than a country boy would be.”

CB: I had set about trying to make myself more polished than a country boy would be. When I won my way to the international science fair, I didn’t want to embarrass myself. It was the first time I was going to be away from home, the first time taking an airplane. I went to the local library, checked out every single etiquette book, and I read those books like I was uncovering some sort of treasure. I committed every one of the rules to memory. When somebody puts down four forks on one side and four spoons on the other side, what does that mean? All of a sudden I knew what to do when the food dropped from the table and how to signal that you were finished and how to signal that you wanted coffee—all these little intricacies that just did not come into our lives because we were poor.

MJ: And you continued with this polishing effort after high school.

CB: When I was a freshman in college, I went to a broadcast class by mistake. The first day, the instructor said, “Television anchors sound like they could be from everywhere and nowhere.” From that point on, every time I was near an anchor, when no one was around, they would say something and I would say it right after them. It was this effort to get rid of my accent.

MJ: You became the Times‘ graphics editor at 25. What was that like?

CB: I loved that job! You have to become an “afternoon expert.” You start by not knowing anything about it in the morning. You go read and quickly come up to speed so you can be somewhat literate. An illustration is a visual editorial—it’s just as nuanced. Everything that goes into it is a call you make: every color, every line weight, every angle.

MJ: What was the transition like from graphics guru to Times columnist?

Being a Times columnist “has been the most excruciating and public on-the-job training exercise I could imagine.”

CB: It’s great to circle back to a first love, of language and writing. But it has been the most excruciating and public on-the-job training exercise I could imagine. I had no professional writing experience before this job! I started to lean much more on what made me different from the other columnists than what made me like them. I wasn’t the only African American when I started, but I’m a Southerner, and I grew up in a poor part of the rural South. I learned how to appreciate the cadence of that language and to bring that to my writing.

MJ: What was the feedback like when you were just starting out?

CB: The internet is ruthless. [Laughs.] And people are very, very happy to let you know when they don’t like something. In addition, I put my email address after every column so that I can hear even more of it, because I felt like I really needed as much feedback as possible—even negative feedback.

MJ: You write in the book that hazing fraternity pledges put you at the top of the male hierarchy—the apex of the sort of social subjugation that had caused your seven-year-old self to contemplate suicide.

“I’m trying to illuminate how perilously narrow we draw the concepts of masculinity and sexuality in our male culture.”

CB: I’m trying to illuminate how perilously narrow we draw the concepts of masculinity and sexuality in our male culture—particularly in black male culture—and to help people to see that there’s room enough for everyone. Part of the book is to highlight all of these very tricky social settings that young men navigate, including that hazing session, which is about brutality but also about bending yourself until you break in order to fit in—blending instead of standing up and standing out. I guess what I’m trying to do is say, “I know that life, I’ve done all those things, and I can still tell you that just being you is perfectly fine.”

MJ: In one of your columns about the killing of Trayvon Martin, you asked, “What do I tell my boys?” What did you tell them?

CB: Part of the great sadness of that episode is that I was never able to find the language to both empower and protect my boys. I still don’t know what to tell them.

Correction: The print version of this interview incorrectly indicated that Charles Blow is married. In fact, he is divorced.