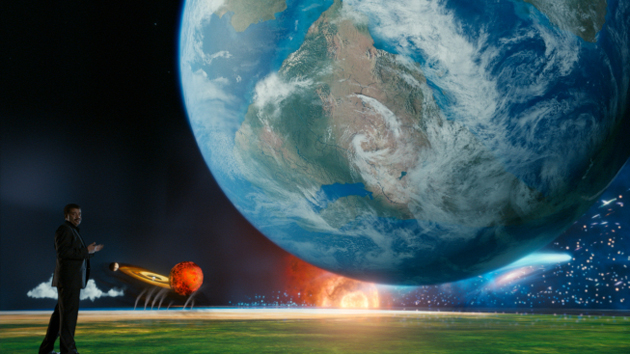 It was a truly groundbreaking moment in television. Educationally driven science content was once anathema on primetime television, but earlier this year, Seth MacFarlane, Neil deGrasse Tyson and company set out to prove that wrong with Cosmos: A Spacetime Odyssey, a remake of the classic Carl Sagan-hosted show from 1980.

And if today’s Emmy nominations mean anything, the result is a major triumph. Cosmos has received 12 of them.

In fact, that’s actually a tie with HBO’s True Detective, which also got 12 nominations.

Recently, I interviewed Neil DeGrasse Tyson, the face of the new show, who remarked on how to interpret its success. “You had entertainment writers putting The Walking Dead in the same sentence as Cosmos,” said Tyson. “Game of Thrones in the same sentence of Cosmos. ‘How’s Cosmos doing against Game of Thrones?’ That is an extraordinary fact, no matter what ratings it earned.”

The Emmy nominations will certainly give entertainment writers another such opportunity. In fact, it’s already happening. And when a science television show is celebrated by the deacons of popular culture, that can only be good news for the place of science in American society. (Note: the Showtime climate change documentary Years of Living Dangerously also received 2 Emmy nominations.)

The Cosmos nominations are for:

The full list of Emmy nominations can be found here.

To listen to our Inquiring Minds podcast interview with Neil deGrasse Tyson, you can stream below: