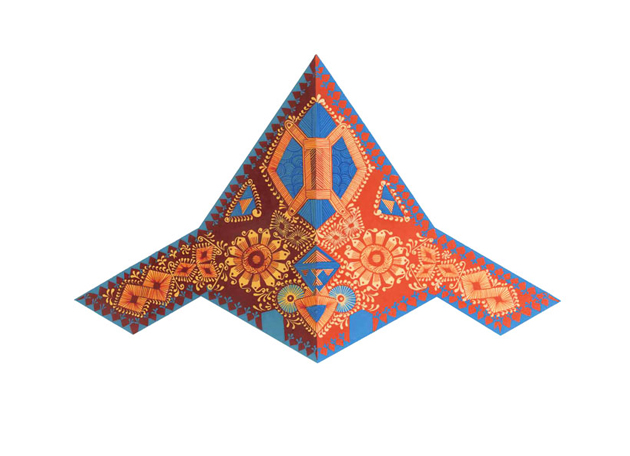 When Pakistani painter Mahwish Chishty returned from the United States to her native Lahore in 2011, her friends and family couldn’t stop talking about the American-led drone war raging along the border with Afghanistan. That’s how she got the idea to reimagine drones in her country’s colorful truck art tradition. So has the US Department of Defense asked her to repaint any Predators yet? See her answers and more of her hauntingly beautiful paintings below. 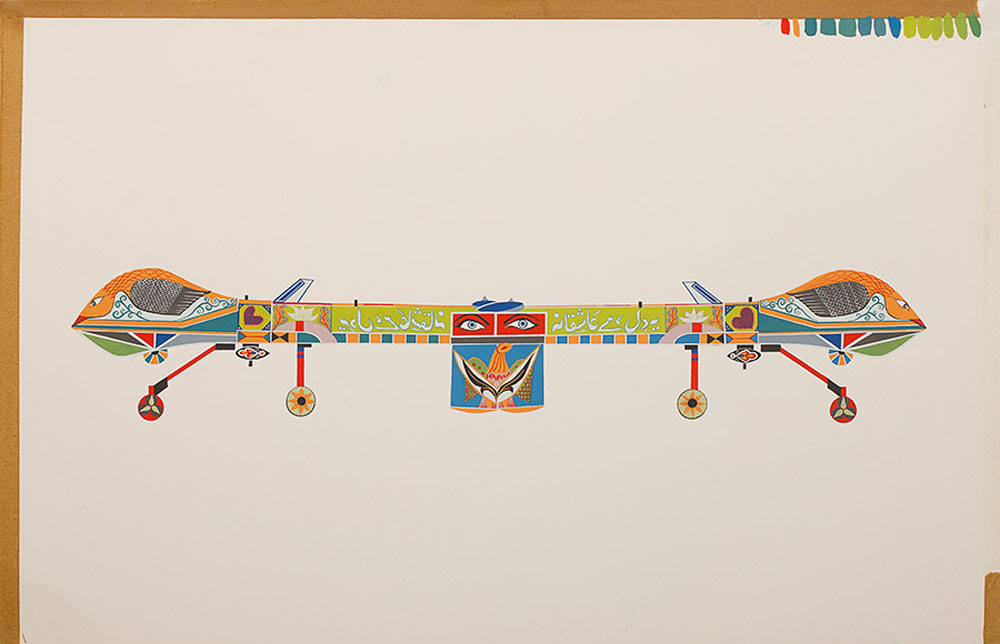 Mother Jones: How did you get the idea for these paintings?

Mahwish Chishty: In 2011, I went back home to Lahore. I’d heard all this propaganda behind the drone war, and I was curious about that. It triggered my imagination. Are you familiar with the truck-art genre from Pakistani culture?

MJ: Why don’t you explain it.

MC: It’s kind of a folk art. It’s a tradition, a culture. People who drive these trucks basically live on those trucks, sleep on those trucks. They kind of make that into their mobile home and they decorate it into something that’s eye pleasing. They’re extremely beautiful paintings. They spend so much time on it and they don’t get any funding. This is something that they do, just a personal interest. It has no reason whatsoever other than just an aesthetic sense. I always thought that it was not given any importance in the art world back home, and I wanted people to think maybe what would happen if these drones were friendlier looking, instead of such hard-edged, metallic war machines. 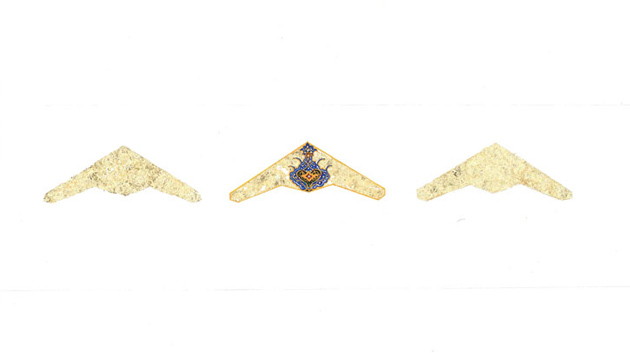 MJ: Some people might see this as a positive spin on drones.

MC: I don’t know if I am glorifying it. I just want people to talk about it. At the same time, it has some kind of beauty to it. I am also looking at them as objects, and not as much as war machines. 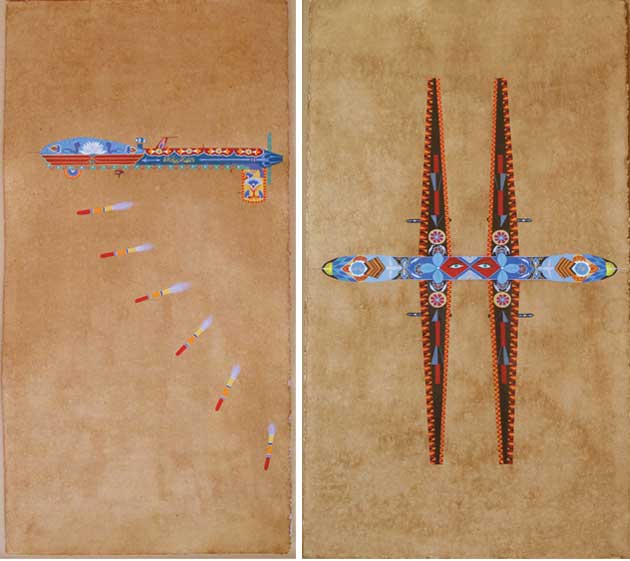 MJ: So has the Department of Defense asked you to repaint any of their Predators yet?

MC: [Laughs.] No, but I was thinking that would be so cool. I probably should put in a proposal for that.