It’s normal to return from vacation with a tan or a sunburn, but how about coming home with larger breasts, a nip and tuck, or a newly sculpted nose? Vacations packages offering such physical transformations are being promoted by travel agents and plastic surgeons in Colombia. About 500,000 thousand cosmetic operations are performed in the country annually—the second-highest number in South America (following Brazil).

For $10,000, Brenda Fuentes traveled from Puerto Rico to Bogotá for a two-week surgery vacation package that included liposuction, a breast lift, and a calve adjustment. It also included an apartment with maid service—not as a base for sightseeing, but as a place to recover following her operation, which left her sore and unable to get around on her own.

Warning: Some images may be mildly NSFW. 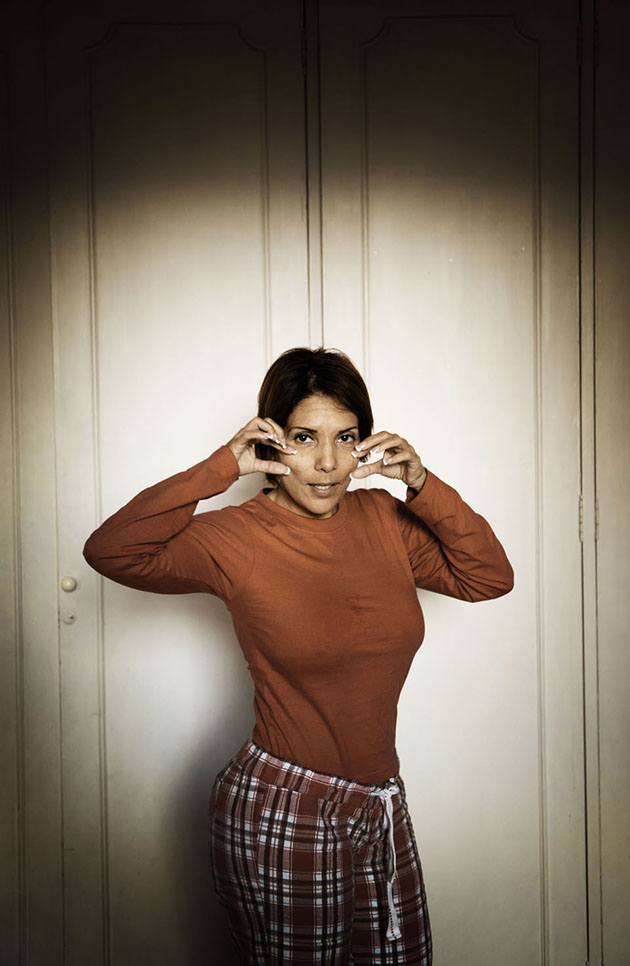 Brenda Fuentes traveled from Puerto Rico to Bogotá, Colombia, for a two-week surgery vacation that included liposuction, a breast lift, and calve adjustment. Before her operation, she describes what she would like to change about her face. 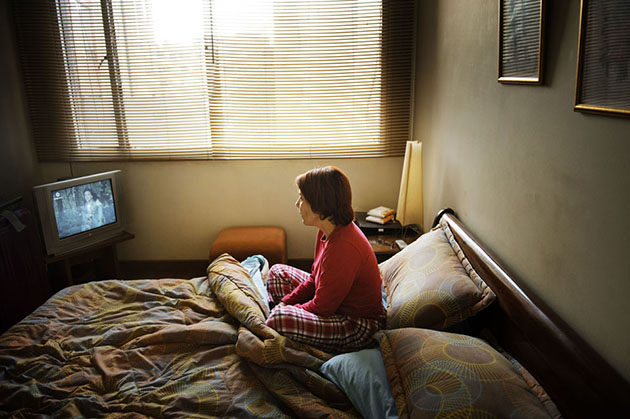 Fuentes’ surgery vacation package costs $10,000 and includes an apartment with a maid. She will return here to recover from her operation, too sore to go out and play tourist. 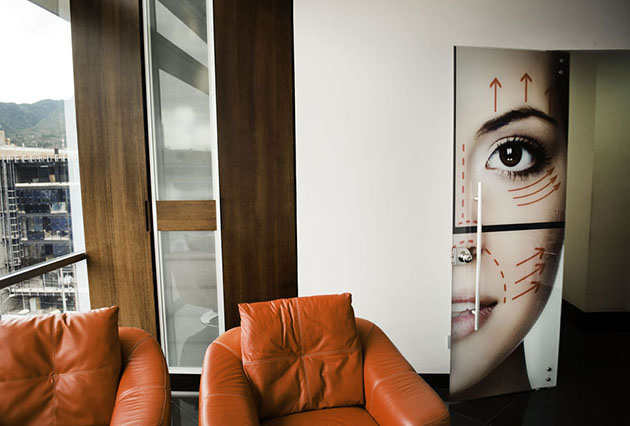 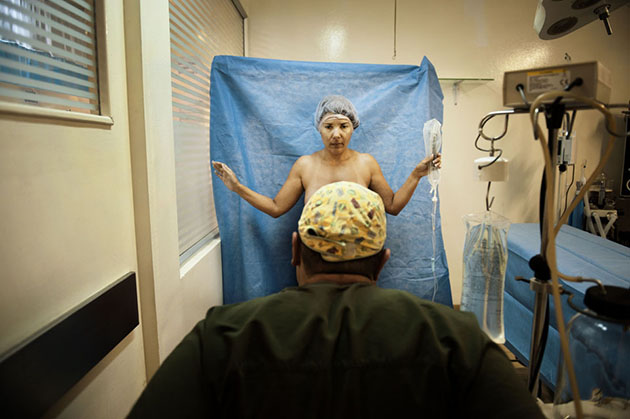 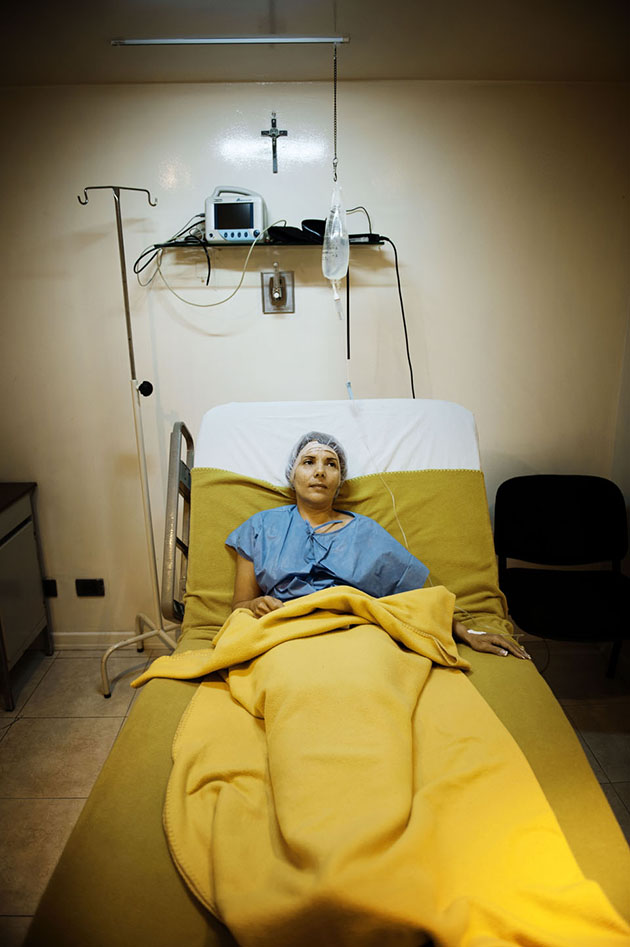 Fuentes waits in the operating room. 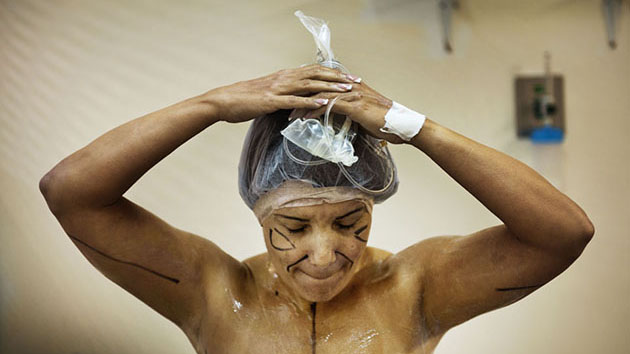 Fuentes just before getting anesthetized. 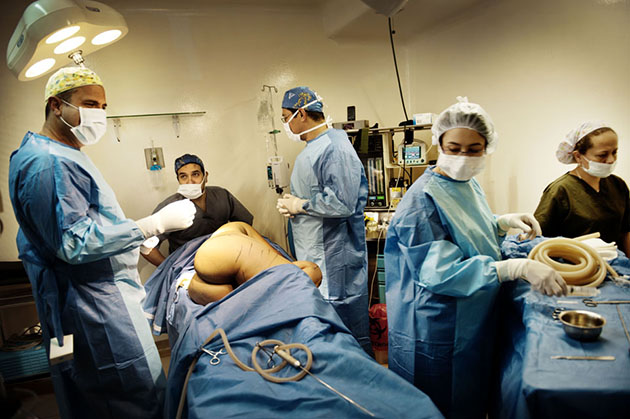 Dr. Morales and his team perform the first part of Fuentes’ operation: liposuction. 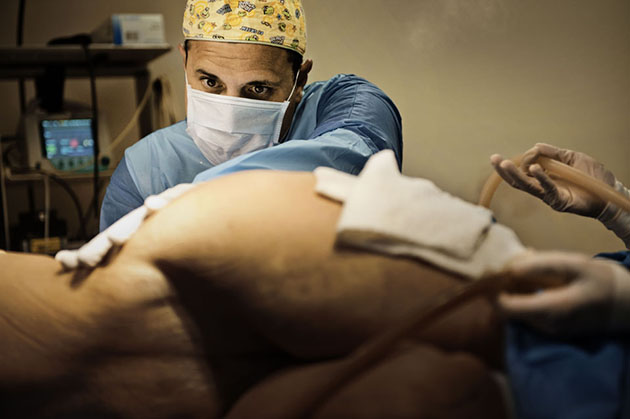 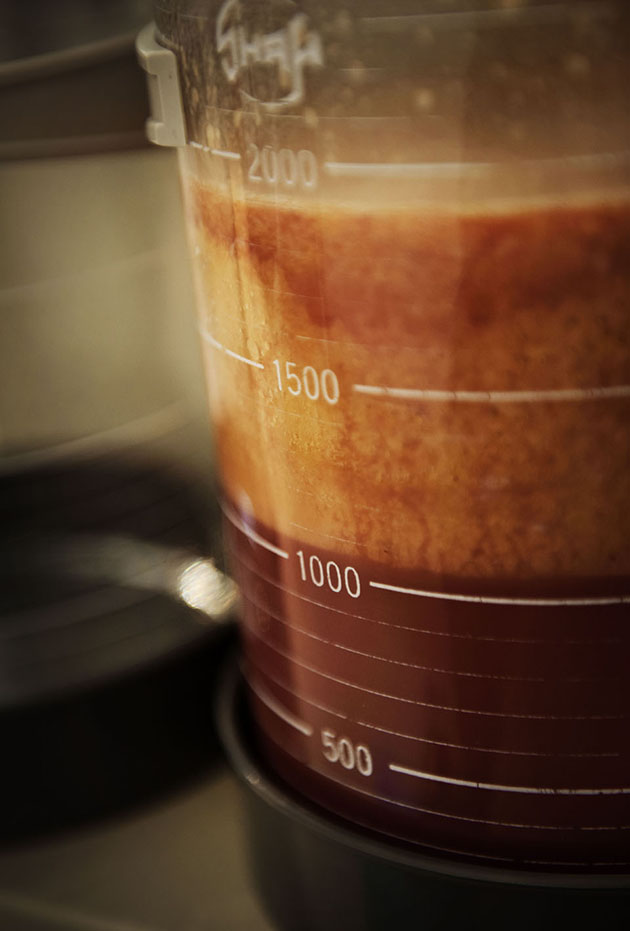 During the liposuction, fat, blood, and water are sucked out from Fuentes’ body. 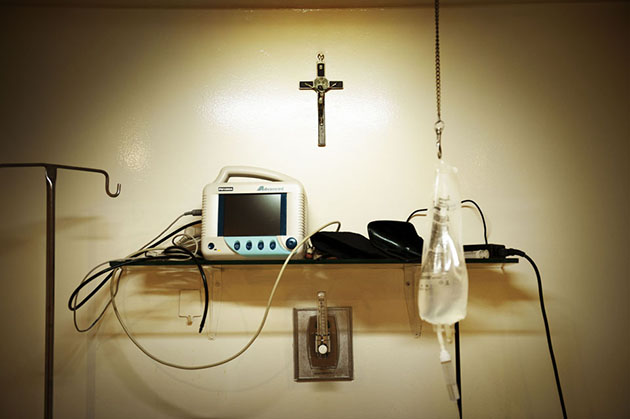 A cross hangs in a patient’s room at Dr. Morales’ clinic. 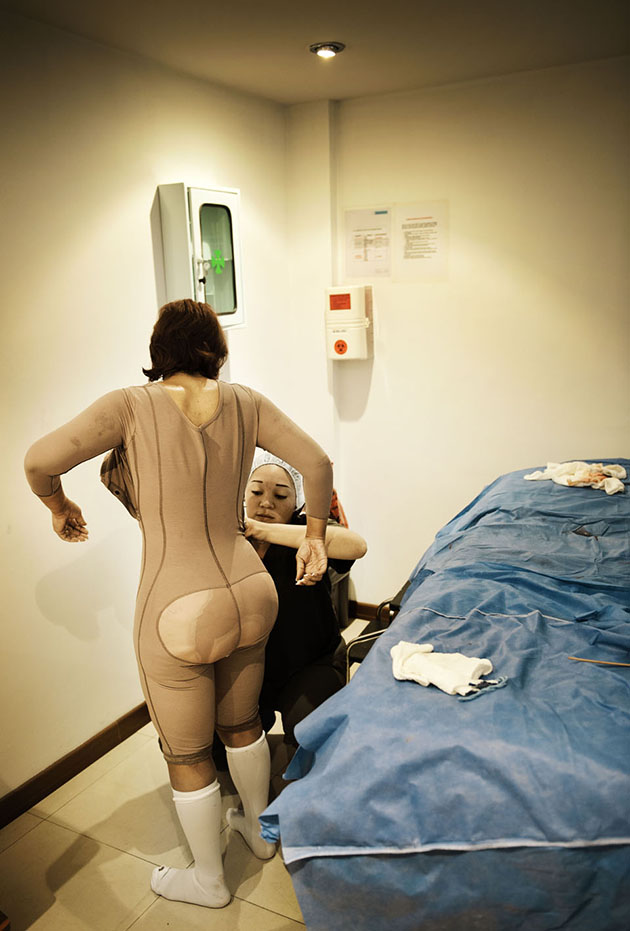 Following her surgery, Fuentes must wear a girdle for several months. 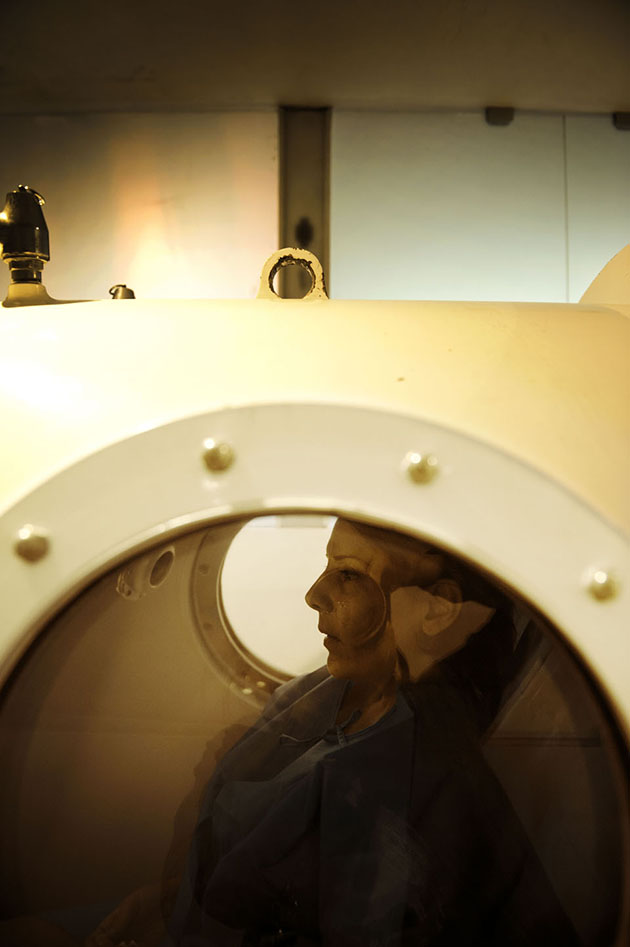 As part of her post-op treatment, Fuentes spends an hour daily rehydrating her the skin so it heals more quickly. 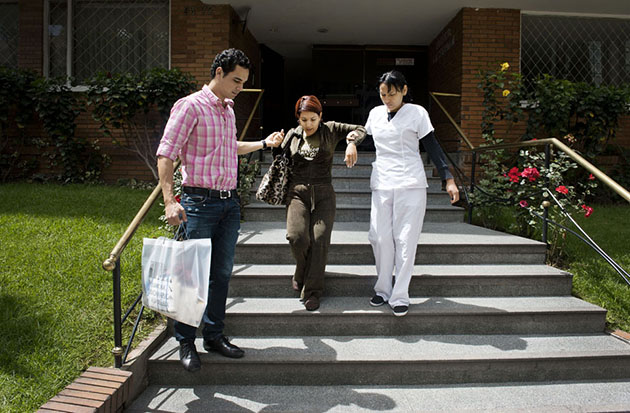 In the days after the surgery, Fuentes’s body is still aching. She requires help from her nurse and driver to go to the clinic for a follow-up visit.