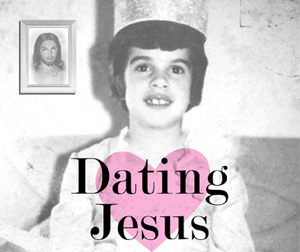 Rarely has a genuine feminist emerged from the modern evangelical movement. An exception is Susan Campbell, whose memoir, Dating Jesus, chronicles her upbringing as an eager fundamentalist in the Missouri Ozarks during the ’70s.

Vigilantly guarding her virginity, the teenage Campbell wears long skirts, turns down invitations to dances, and crosses her eyes at a homecoming photo shoot she considers frivolous. Her true rebellion, however, runs deeper. From an early age, Campbell objects to the church’s limited role for women. When her younger brother is chosen as a child preacher, she argues with her Sunday-school teacher about why girls can’t preach. Noting that many women in the Bible are either harlots or evil queens, she rewrites her own Good Book, with bigger roles for the matriarchs. After a decade of nosing around feminist texts, Campbell, now a columnist for the Hartford Courant, no longer goes to church. “If all believers are urged to stay on the straight and narrow,” she writes, “there seems to be an especially narrow road built for women.”

Dating Jesus lacks intimacy—Campbell glosses over her parents’ divorce, her childhood friends, and even her own conversations—but its glimpses into a misfit tomboy’s evangelical experience make it worthwhile. In the book’s most moving sections, Campbell strives to align her current politics with the radical teachings of Jesus. When a pastor who’s read her columns asks her to talk to his congregation, Campbell reconnects with her thwarted girlhood desire to preach—she even has dreams of lightning striking the roof of the church while she’s speaking. But part of her still believes that, as a feminist, she doesn’t belong there. “Until I can dissuade myself of the notion that God plays favorites,” she confesses, “I cannot honestly sing or pray.”