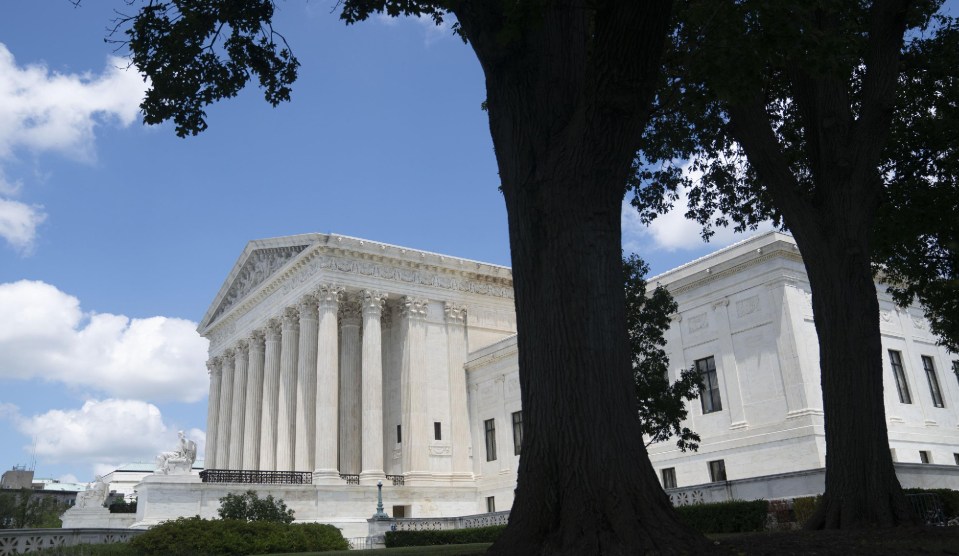 I imagine that a lot of Republicans are getting a good laugh at Jamelle Bouie’s column in the New York Times this morning:

If Democrats are willing to treat a Republican-dominated Supreme Court as a partisan and ideological foe, if they’re willing to change or transform it rather than accede to its view of the Constitution — two very big ifs — then they’re one important step along the path to challenging judicial supremacy, the idea that the courts, and the courts alone, determine constitutional meaning.

The Supreme Court has the power to interpret the Constitution and establish its meaning for federal, state and local government alike. But this power wasn’t enumerated in the Constitution and isn’t inherent in the court as an institution. Instead, the court’s power to interpret and bind others to that interpretation was constructed over time by political and legal actors throughout the system, from presidents and lawmakers to the judges and justices themselves.

Bouie gives two examples of presidents fighting judicial supremacy, but neither is convincing. The first happened more than 200 years ago and was little more than a squabble between John Adams and Thomas Jefferson when the country was barely out of its toddler stage. The second is a brief complaint from Abraham Lincoln that was never followed up.

It might be more pointed to mention that conservatives have been complaining about the broad powers of the judiciary ever since the Warren Court of the ’60s uprooted the law dozens of times, always in a liberal direction and always—in their opinion—with little actual grounding in the Constitution. If you’re unsure of this, just ask one of them what they think about Griswold v. Connecticut, a seminal decision on privacy that depended on William O. Douglas, a liberal jurist, finding new rights in the “penumbras” and “emanations” of various constitutional provisions.

But then again, there’s Shelby County v. Holder, which gutted an important provision of the Voting Rights Act. Chief Justice John Roberts, a conservative jurist, writing in the majority opinion, agreed that Congress had carefully studied reauthorization of the Act in 2006 and left behind a voluminous textual record that justified its decision not to change anything. But he nevertheless insisted that it was literally impossible that members of Congress really meant to make no changes. Antonin Scalia went further during oral arguments, claiming that the reauthorization’s nearly unanimous support was—wait for it—not evidence of strong support but evidence that everyone was just afraid to vote against it. Both voted to overturn the provisions of the VRA that were under consideration.

In other words, it’s safe to say that both sides are happy to make strained arguments that pit them against both Congress and state legislatures. And both sides hate it when the other side does it, accusing them of judicial overreach and insisting that laws passed by duly elected legislators should be overturned only in extremis.

And yet, no one ever does anything about this. Partly this is because although it’s technically true that the Constitution doesn’t explicitly give courts the right to overturn laws, the founders knew perfectly well what courts were for. That’s why, when the Supreme Court overturned a law for the first time in 1803, it was accepted with only a little grumbling. You can quibble with Marbury v. Madison’s specific reasoning, but it’s hard to mount any sensible counterargument suggesting that courts can’t interpret the law, up to and including overturning them.

This gets to the heart of the issue. If you dislike judicial supremacy, you need to offer up a solution. But what is it? Should laws that pass with 55 percent or 60 percent majorities be immune from Supreme Court review? That would demolish the idea of courts acting as protectors of the minority. Perhaps Congress should use its jurisdiction stripping power more often, adding language to laws that specifically limits the Supreme Court’s scope to review them? Maybe, but that’s an arms race that would quickly turn the Supreme Court into a charade.

Conservatives have made suggestions from time to time, but they’re mostly unpersuasive. Perhaps the president should just ignore the courts if they issue a ruling that’s really, really outrageous. Maybe Congress should pass laws contradicting the Supreme Court if it feels really strongly. Perhaps we should conduct a big PR campaign. Or pass legislation that would bury the Supreme Court in cases so they wouldn’t have time for so much mischief. Or simply add to the list of “political questions” that are out of bounds for courts to rule on.

These are all pretty impotent responses to judicial supremacy. The only real answer, if we’re serious about it, lies in the Constitution’s stricture that the Supreme Court’s power is subject to “Exceptions, and under such Regulations as the Congress shall make.” This is the source of “jurisdiction stripping,” a favorite of ultra-conservative members of Congress who periodically include it in their bills in an effort to make it impossible for courts to even hear relevant cases, let alone overturn anything. Cooler heads in both parties have rightfully opposed these bills and they’ve almost always gone nowhere. But it still offers a possible solution to the question of a too-powerful court. A serious and bipartisan bill that set up some carefully worded regulations might constrain the court without leading to chaos. IANAL and I have no idea just what kind of statutory language might be both reasonable and suitably precise. But for those who are serious about attacking judicial supremacy, it’s probably the only starting point that has any chance of meaningful success.