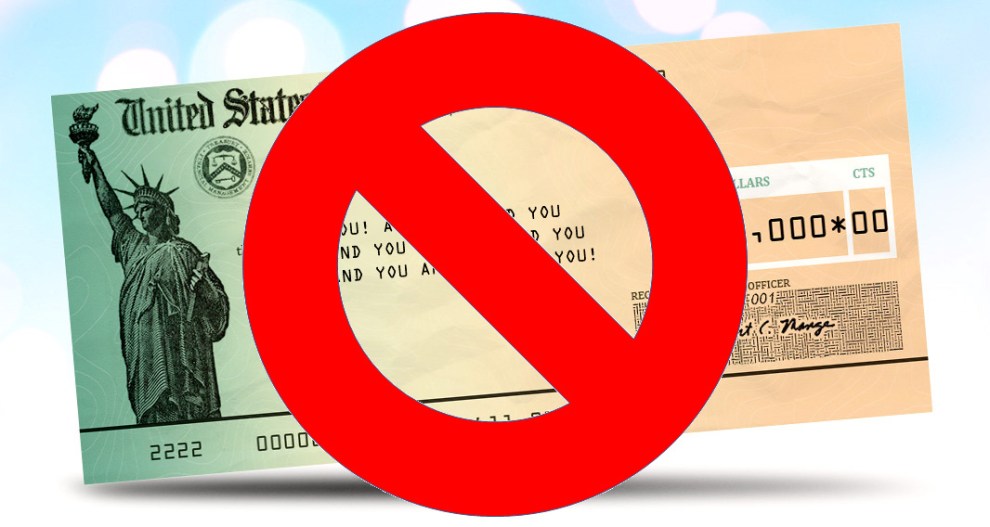 Earlier this morning I suggested we should ditch the idea of mailing out thousand-dollar checks to everyone. It would barely help the people who really need it, and it would be lousy macroeconomic stimulus to boot. Click and read for more details.

I got a lot of pushback on this, almost all of it objecting to anything that makes this program too complicated. If we target it just at people who have lost income thanks to coronavirus restrictions, it will take a whole pile of application forms, along with proof of income, etc. etc. Plenty of people won’t even bother, and for others it will delay things past the point where they’ve run out of money and can’t pay the grocer. So just send them the damn money!

This is a legitimate issue. But it’s also one that can be addressed if we’re serious about it. Here’s my idea: The IRS (or whoever) puts up a website. It asks for your name, address, and Social Security number. It then asks, under penalty of perjury, for you to swear that you really did lose your job for coronavirus-related reasons. You will be audited about this at the end of the year, but in the meantime we will send you a $500 check every week for 20 weeks. If Congress extends the program, the checks will keep coming. That’s it.

Now, I realize that in the real world it could never be quite that simple. There might be ADA compliance stuff. Or maybe some checkbox for members of recognized indigenous tribes. Or teachers, because there’s some law that says teachers always get special consideration when we’re giving away money. Who knows? But of course all those laws were passed by Congress. If they want to mail out coronavirus checks without any of that stuff, they merely have to say so in the enabling legislation.

I’m not saying this is the right idea or even the best idea. All I’m saying is that if we want to give away targeted money quickly, we could do it. All it takes is the will. And this kind of money would be far better than a one-off thousand-dollar check for everyone. A targeted series of checks would provide a level of income security for those who really need it, and because they need it they’d spend it. That also makes this a far superior macroeconomic stimulus.

Republicans would probably object that lots of people would cheat the system and never get caught. Probably so. But this is an emergency and they need to get over it. Democrats would have objections too, mainly because the stimulus bill would inevitably include money for businesses. But why not? It’s not just the waiters at that restaurant down the street who are going broke after they get laid off. The owner of the restaurant is also taking a bath, so why not help her too? This could probably be done with a bit more up-front complexity since business owners are all used to more complexity already in their financial affairs. In any case, this is an emergency. Get over it.

As for the airlines, well, we can argue about that later. It’s not as if they did something special that they should be punished for, but on the other hand we all hate airlines, don’t we? Maybe we should just let them go bankrupt and allow someone else to buy them out of Chapter 11. The unions probably wouldn’t like that, though.