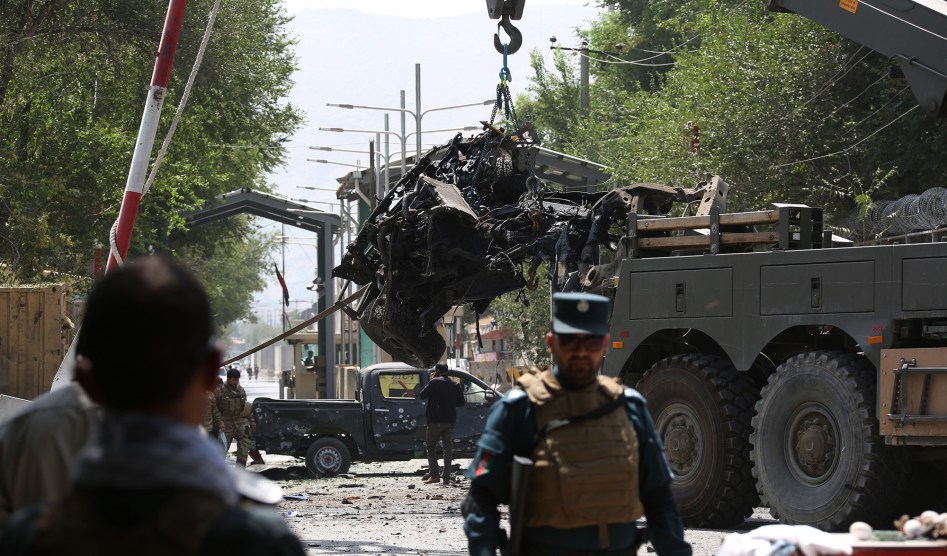 As you know, we’ve been fighting the Taliban in Afghanistan for 18 years with very little to show for it. Negotiations have been ongoing for years, with progress slow for the obvious reasons, but also because the Taliban is interested only in negotiating US troop withdrawals. They have consistently refused to include the Afghan government in negotiations, since after the Americans leave they plan to continue their civil war and take over the country. In other words, the violence continues apace, with both sides killing each other in large numbers. The New York Times reports:

On Sunday, Secretary of State Mike Pompeo said American forces in Afghanistan had killed over 1,000 members of the Taliban over the last 10 days.

This is the context. Fighting was intense and our coalition was killing hundreds of Taliban fighters every day. However, we had finally completed a deal and Trump planned to hold a three-way negotiating session at Camp David to finish it. So why did he suddenly cancel it? Let’s go to the Washington Post:

Far from listening to his advisers, he said Monday, “it was my idea to terminate it. I didn’t even discuss it with anybody else.” The reason, he said, both in the Saturday tweet and Monday’s comments, was the death Thursday morning of a U.S. service member killed in a Taliban attack. “You can’t do that. You can’t do that with me,” Trump said. “So, they’re dead as far as I’m concerned,” he said of the negotiations.

But others noted that 16 Americans have been killed by hostile fire this year in Afghanistan, including one just a week before the most recent death — after Trump was briefed on the peace agreement and sent Khalilzad back to the region to finalize it.

Let’s summarize. Fighting, as always, was heavy. More than a dozen Americans had been killed in 2019, including one a week ago. Thousands of Taliban forces had been killed. But that was OK: negotiations were continuing and Trump was ready to sign a deal. Then one more American gets killed and Trump declares the whole peace process dead. Why? Because he actually heard about this one. “You can’t do that with me,” he said. This killing he apparently took as a personal insult, and therefore called off the whole thing. But then what? Trump, after all, has never had any interest in continuing the Afghanistan war. Back to the Times:

Mr. Trump now faces a difficult choice: He can go ahead without a negotiated agreement and reduce the number of American forces in Afghanistan from the current 14,000 to about 8,600 — the bare minimum the Pentagon has said is necessary to maintain enough of an intelligence-gathering presence to detect threats to the United States. But he then risks forfeiting negotiating power in future talks with the Taliban by withdrawing troops without first securing concessions for peace.

So after years of negotiation, there’s still a possibility that we’ll unilaterally give the Taliban what they want without getting anything in return? If it were anyone else I’d say that sounds bonkers. But Trump? You never know. If he somehow decided it might help his reelection changes, he’d probably do it.