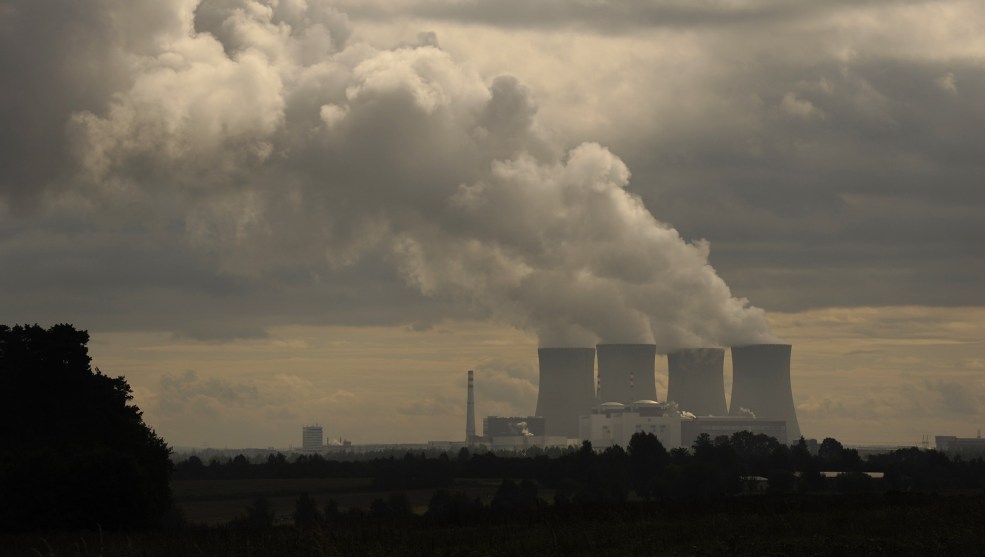 In any serious climate plan, the United States would need to plan on building a few thousand of these. California alone would probably need several hundred.Album / Prisma

We might get our Democratic climate debate after all:

The Democratic National Committee is considering a pair of resolutions on whether to host a debate of some kind devoted exclusively to climate change, amid mounting pressure from activists who want a spotlight put on the issue. At an executive committee gathering in Pittsburgh on Saturday, the DNC voted unanimously to refer two proposals—one calling for an official debate on climate change, another envisioning a less formal forum—to a committee, a DNC official confirmed to HuffPost.

There are two big problems with a Democratic climate debate. The first is that it would probably be boring since liberals all agree that it’s a huge problem that needs to be seriously addressed. What’s to argue about?

The second is that it might not be boring. If the moderators push the candidates hard, they’ll inevitably start voicing their support for policies that have no public backing. It’s easy if you stick to the Paris Treaty and CAFE standards and subsidies for solar power. That’s kumbaya stuff. For that reason, however, they’ll be taken care of in five or ten minutes with a few “show of hands” questions. Then we’ll have to get down to serious business. Which candidates support a carbon tax? How big? Who thinks we need to end coal mining? Who’s in favor of restrictions on meat production? Does anyone like the idea of a $10 gasoline tax? Should we ease environmental review rules for utility-grade solar and wind plants? What should we do about air travel? And cement production? And chemical manufacturing? Should we scrap the WTO and put in place whopping tariffs on carbon-intensive imports?

Oh, and what about nuclear power on a gigantic scale?

These are the kinds of things that get talked about among people who are serious about addressing climate change. They’re also political land mines. Nobody wants to give up their steaks or their SUVs. Nobody wants their electric bill to double or their gasoline bill to triple. Nobody likes the idea of compromising environmental rules even though we all say we believe that climate change is truly existential.

A climate debate would almost certainly devolve quickly into a contest between the candidates to demonstrate who takes climate change most seriously. That might or might not be good for the planet. But it would sure be a godsend for the Republican Party.

POSTSCRIPT: This reminds me of something. Six months ago, when I (and others) were complaining that the Green New Deal was mostly a statement of goals and not much more, we were told to hold our horses. It’s just a start. The GND folks will be filling the details soon.