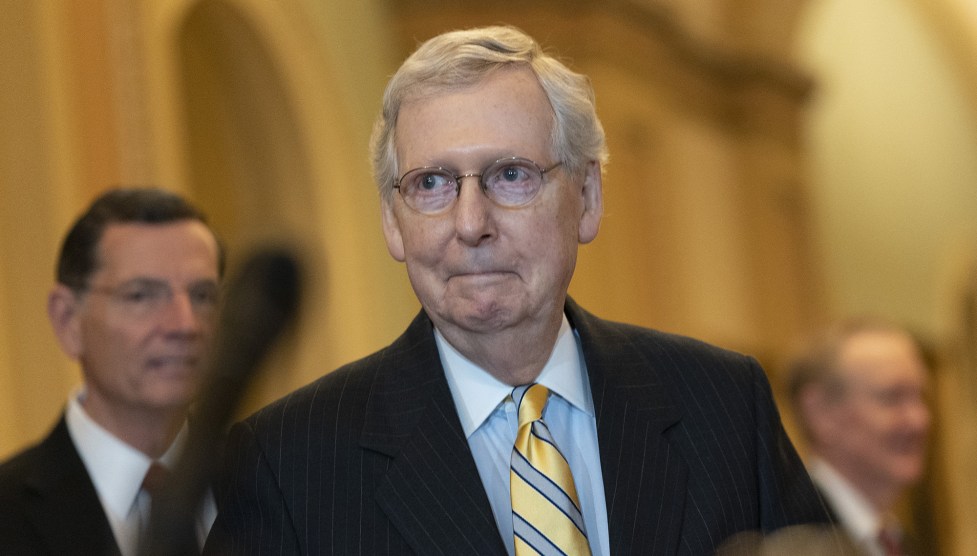 Mitch McConnell blockaded President Obama’s election-year nomination of Merrick Garland for the Supreme Court in 2016, but yesterday he smirked that if a position opened up in 2020 he’d go ahead and confirm it. Charles Cooke says this isn’t hypocritical:

That’s not how I remember it, so let’s go to the tape. Here’s what McConnell said, starting one hour after Justice Scalia’s death was announced:

February 13: “The American people should have a voice in the selection of their next Supreme Court Justice. Therefore, this vacancy should not be filled until we have a new president.”

February 17: “Responding for McConnell [about a 1970 law review article McConnell wrote]…spokesman Robert Steurer said in an email this week that the senator’s article ‘was not about nominations made by a lame duck president for vacancies that didn’t arise until an election year. What he said on Saturday was that he believes the American people‎ should have a voice in the selection of their next Supreme Court justice and that this vacancy should not be filled until we have a new president, not that the president can’t nominate someone.’ ”

February 23: “My view, and I can now confidently say the view shared by virtually everybody in my conference, is that the nomination should be made by the president that the people elect in the election that’s now underway.”

And McConnell was actually one of the more restrained voices among Republicans. The rest of the caucus was routinely quoted as saying, essentially, fuck you, Obama, we’ll never consider one of your Democratic hacks. Either way, though, the official excuses didn’t say anything about the president and Senate being of different parties, even if that was the obvious subtext. The official excuse was that it was a nigh unbreakable tradition of the Senate to never fill a Supreme Court position that opened up in an election year, full stop.

Why does anyone bother defending McConnell on this? I’m not sure. McConnell has practically built his entire career on hypocrisy, and he’s never really tried to hide it. He just shrugs, says what he needs to say, and moves on. I don’t think he really expects or cares if anyone takes him seriously, but treats public explanations as mere tedious parts of his job. In reality, he believes that whoever’s in power should do whatever they can to get their way, and it’s naive to think there are any other considerations. He doesn’t need anyone’s defense on this score.