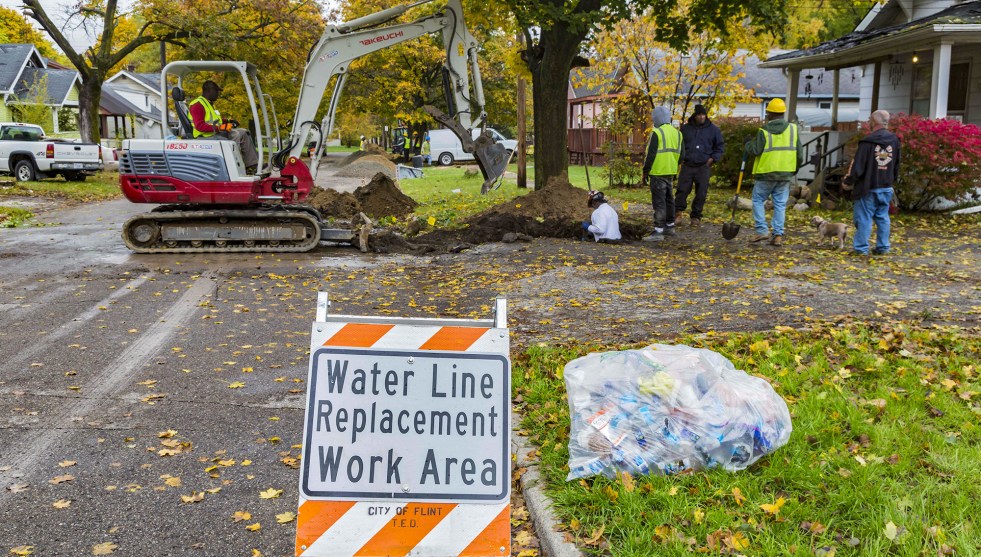 I am perplexed by this story on the front page of the Washington Post today:

Ariana Hawk’s trust in the promises that presidential candidates make to black communities evaporated about the same time the 2016 election ended and the candidates stopped coming to town. Flint’s crisis with lead-tainted water had put Hawk’s hometown in the national spotlight, prompting Hillary Clinton and her rivals, Sen. Bernie Sanders (I-Vt.) and Donald Trump, to make appearances there. Hawk, full of hope, voted for Clinton — but since the election, she has become convinced that all the attention from the politicians was for nothing.

“The day after she lost, we were like, ‘Where have they gone?’” said Hawk, 29, a mother of five, who says she is fighting cynicism about the 2020 Democratic field. Still, she can’t help but think, “This is some other candidate, saying some bull to get us out here to vote or something like that.”

First of all, aside from Hawk there’s nobody in the story complaining about broken promises. So where did the headline come from? Second, surely Hawk understands that politicians show up in lots of places during presidential campaigns and then stop visiting when the campaign is over. Third, why does she think the attention was all for nothing? Flint has received (a) $100 million from the EPA funded by the Water Infrastructure Improvements for the Nation Act of 2016, (c) an additional $70 million in other federal aid, (b) $250 million in state aid, (d) a $97 million court settlement to replace lead and galvanized steel water lines, (e) millions more in private aid, and (f) an enormous menu of other federal aid. Altogether Flint has received something like half a billion dollars in aid money.