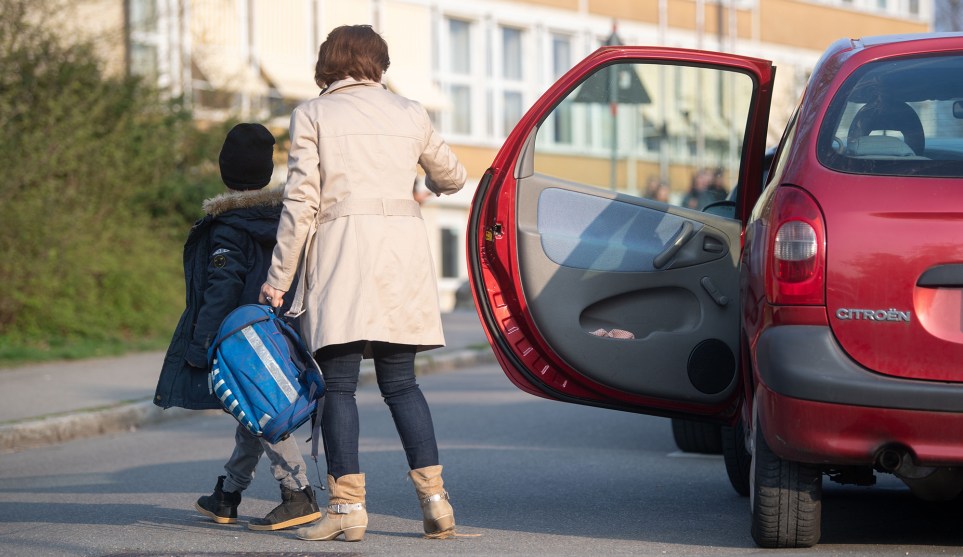 "How are you doing on your differential equations, sweetie? You don't want to end up at UCLA, do you?"Marijan Murat/DPA via ZUMA

Caitlin Flanagan recounts her years as a college counselor at an elite prep school in Los Angeles during the 90s:

It was true that a quarter of the class went to the Ivy League, and another quarter to places such as Stanford, MIT, and Amherst. But that still left half the class, and I was the one who had to tell their parents that they were going to have to be flexible….A successful first meeting often consisted of walking them back from the crack pipe of Harvard to the Adderall crash of Middlebury and then scheduling a follow-up meeting to douse them with the bong water of Denison.

The new job meant that I had signed myself up to be locked in a small office, appointment after appointment, with hugely powerful parents and their mortified children as I delivered news so grimly received that I began to think of myself less as an administrator than as an oncologist. Along the way they said such crass things, such rude things, such greedy things, and such borderline-racist things that I began to hate them.

….I just about got an ulcer sitting in that office listening to rich people complaining bitterly about an “unfair” or a “rigged” system. Sometimes they would say things so outlandish that I would just stare at them, trying to beam into their mind the question, Can you hear yourself? That so many of them were (literal) limousine liberals lent the meetings an element of radical chic. They were down for the revolution, but there was no way their kid was going to settle for Lehigh.

I will now add as a very truthful disclaimer that the horrible parents constituted at most 25 percent of the total, that the rest weren’t just unobjectionable, but many—perhaps most—were lovely people who were so wise about parenting that when I had children of my own, I often remembered things they had told me.

Only 25 percent of them were complete, unrepentant assholes! Not bad!