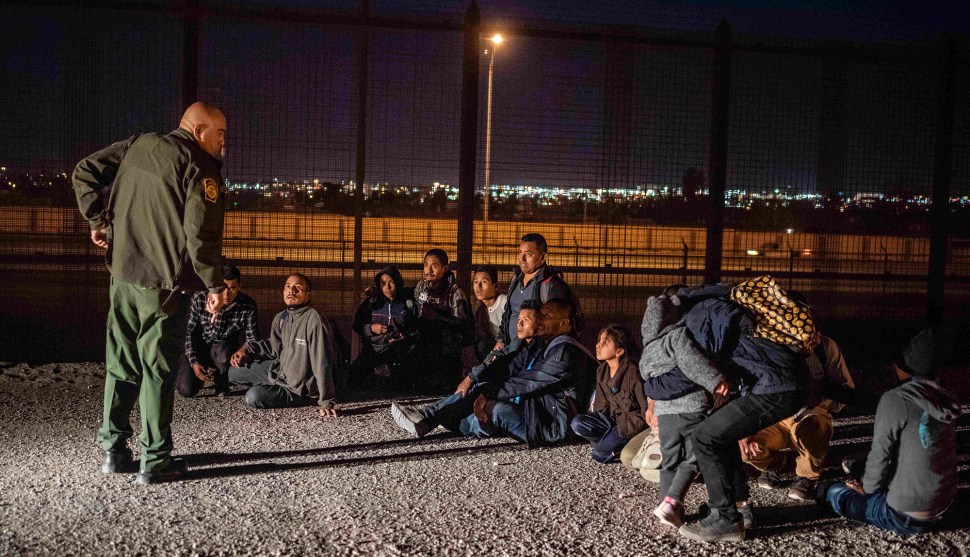 According to CNN’s Jake Tapper, Donald Trump began raging at a meeting two weeks ago and demanded that DHS Secretary Kirstjen Nielsen close the port of entry at El Paso. Eventually he was talked out of this:

Trump, however, was insistent that his administration begin taking another action — denying asylum seekers entry. Nielsen tried to explain to the President that the asylum laws allow migrants from Central America to come to the US and gain entry. She talked to the White House counsel to see if there were any exceptions, but he told her that her reading of the law was correct.

After the President left the room, agents sought further advice from their leaders, who told them they were not giving them that direction and if they did what the President said they would take on personal liability. You have to follow the law, they were told.

This is apparently why Trump fired Nielsen: he got tired of being told that stuff he wanted to do was illegal. I suppose this is small change compared to approving the illegal torture of enemy combatants. Or pardoning everyone associated with a scandal you were involved in. Or approving that scandal in the first place. Or ordering the break-in of Democratic Party headquarters. Come to think of it, Republican presidents have a real problem with respecting the law, don’t they? I suppose it was too much to hope that Trump would be any better than his predecessors.

Anyway, I have an answer to this dilemma: nominate Stephen Miller as secretary of Homeland Security. He’s the guy who’s been advising Trump on immigration policy all along, so he’d be obligated to break the law and do whatever Trump wanted. Later, he could be prosecuted for wilfully violating immigration statutes and be put away for five-to-ten with time off for good behavior. Trump would get what he wants and Miller would get what he deserves. It’s win-win.

In related news, Tapper also reports that Trump wants families separated even if they appear at ports of entry requesting asylum. This is illegal and would be a PR disaster, but Trump doesn’t care. “He just wants to separate families,” said an unnamed senior administration official.

This is no surprise. But here’s the odd part. Trump wants to separate families because he thinks separations deter migrants from coming. And yet, in the year following a huge scandal over separating families, more families than ever are crossing the border. The evidence suggests not only that separating families doesn’t work, but that it actively encourages more families to come. But when your only policy is a big mouth and a desire to crush your enemies, I guess you don’t have many alternatives.