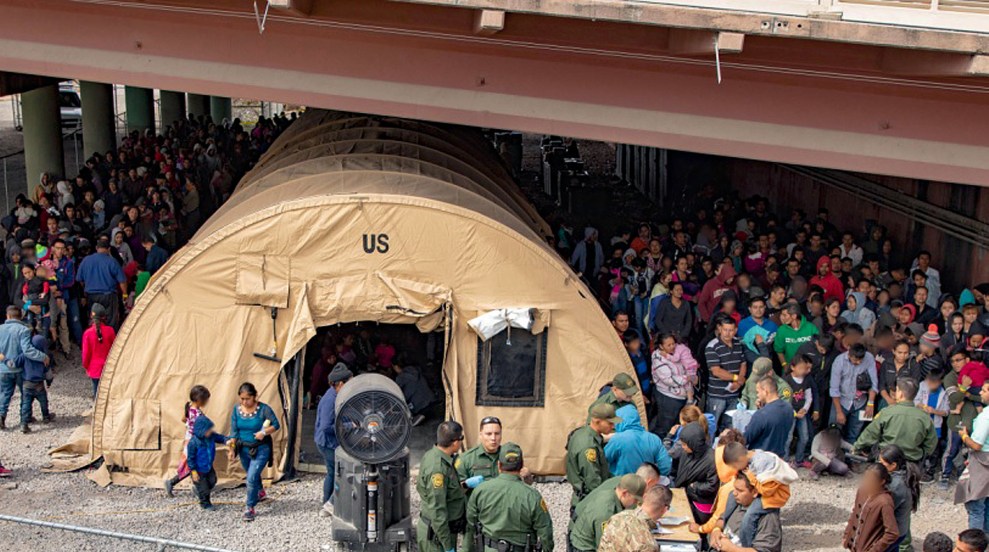 I haven’t seen anyone make an argument about immigration that seems kind of obvious to me—and, I suspect, to President Trump himself. Here it is.

Up until 2017, illegal immigration across the southern border was fine. It had been decreasing for years; it was at historically low levels; and there were no regular caravans of asylum seekers coming up from Guatemala. The first of the recent caravans began in 2018, and at first they seemed like the ones we had seen before from time to time: they started with a few thousand people and then shrunk as they got farther north. By the time they reached the US border, they were modest in size and created only modest problems.

But then, later in 2018, as Election Day approached, Trump suddenly went bananas. There were armies of migrants marching toward our border! Mexico has to stop it! Build the wall!

But this backfired. Not only did Republicans get walloped at the polls, but Trump’s constant howling acted as a great marketing campaign for the caravans. Instead of scaring migrants away, he made them more aware of asylum as a way of escaping from their country. The result was more caravans than ever before, and eventually, enough people at the border that we really did have something of a crisis on our hands. But it’s a crisis mostly of Trump’s own making. He decided that yelling about the brown hordes was more useful than making a deal of some kind with Democrats, and the result was more families seeking asylum than ever before.

I suspect that Trump understands this at a gut level. The migrant crisis happened on Trump’s watch. Presidents get blamed for stuff that happens on their watch. So Trump is taking the blame for the migrant crisis. He can squawk forever about Democrats not being willing to build his wall, but in the end he owns the migrant crisis and the public will hold him to account for it. I think that’s fair, since I suspect that putting immigration front and center for the past two years has largely caused the crisis. But even if you disagree, it doesn’t matter. Trump is president. Fair or not, he takes the blame. He knows this, and it panics him.

Trump himself, of course, is too dimwitted to think of any solution other than getting even louder and tougher. That’s not likely to work, but it’s his only play.