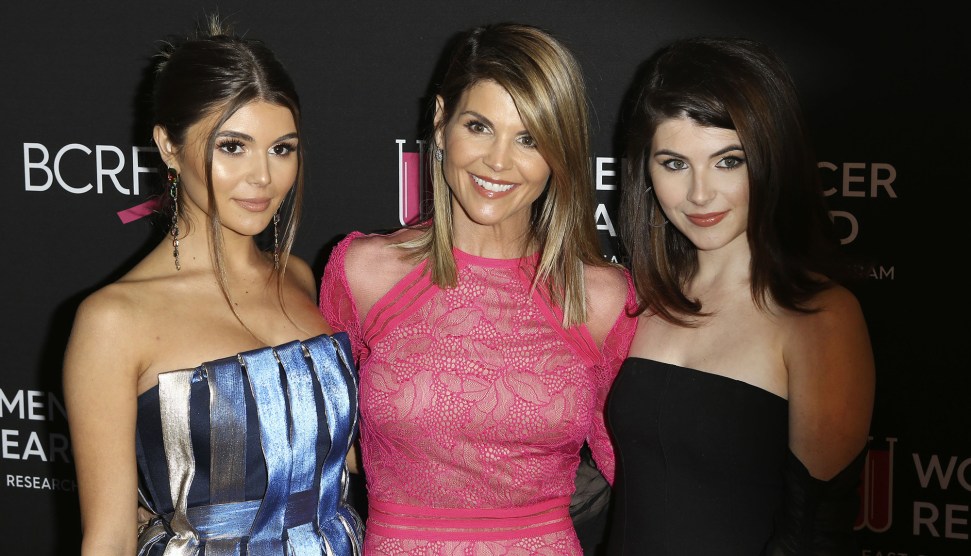 Lori Loughlin and her daughters in happier days.Action Press via ZUMA

The Cut passes along the latest on the parents who cheated to get their kids accepted into elite universities:

TMZ reported earlier this week that prosecutors will only accept plea deals that include prison time, but People noted that [Lori] Loughlin and Giannulli resisted agreements that came with jail time. But then things got more serious: The U.S. Attorney’s office announced on Tuesday that Loughlin and Giannulli were among 16 parents indicted on additional charges, including conspiring to launder bribes and other payments for the scheme. TMZ reports that the U.S. Attorney’s office went to a federal grand jury with the additional charges after Loughlin and others refused to take a plea deal.

A source told E! News that Loughlin had been in “denial” and thought she could “skate by” without getting jail time. The source added, “She is seeing the light that she will do jail time and is freaking out.”

Yeah, um, about that. I agree that this whole thing reeks of elite privilege, and I suppose it’s satisfying to see these elites facing the same jail time that petty crooks face every day. On the other hand, do we really need to toss people in jail for cheating their kid’s way into USC? I mean, I can see why USC might care about this, but why should the rest of us?