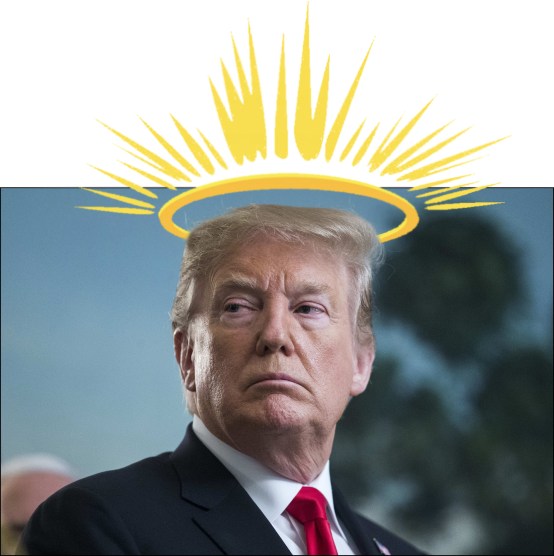 Over at National Review, Yuval Levin remarks on the fact that the Mueller report has confirmed the dangerous way the White House works these days: Donald Trump rants and raves and spits out orders, and then his aides decide which of his orders to take seriously and which to ignore:

It is not hard to see why Trump’s senior staff treat him as they do. They understand better than any of us that in some crucial respects Trump is a special-needs president, and that his distinct disabilities as a decision maker have to be accommodated in some extraordinary ways to prevent them from exacting terrible costs. But these extraordinary accommodations are unlikely to be sustainable in truly extraordinary circumstances.

….The peculiar willingness of Trump’s people to ignore or disobey him is a blessing and a curse. But more than anything it is a warning sign that ought to be taken seriously by anyone in Congress or in the executive branch who is in any way in a position to help prepare our government to handle serious emergencies.

Unfortunately, no one who matters takes this seriously at all. This was made crystal clear by, among other things, the reactions to the Mueller report published by . . . National Review. Nearly all of them have been spittle-flecked defenses of Trump and outraged attacks on Democrats and the media. Only a few of them took the more sober approach that Levin recommends, namely that even if the report didn’t uncover criminal acts, it sure uncovered lots of behavior that ought to be inexcusable in a president.

And that was from a publication that famously opposed Trump during the 2016 primaries. Among the Fox News set, you’d think the Mueller report was a canonization recommendation from the Congregation for the Causes of Saints—and the only reason it was so long was because Trump had performed so many miracles.

They just don’t care. As long as he keeps sending conservative judges to the Senate, Trump can do anything he wants.