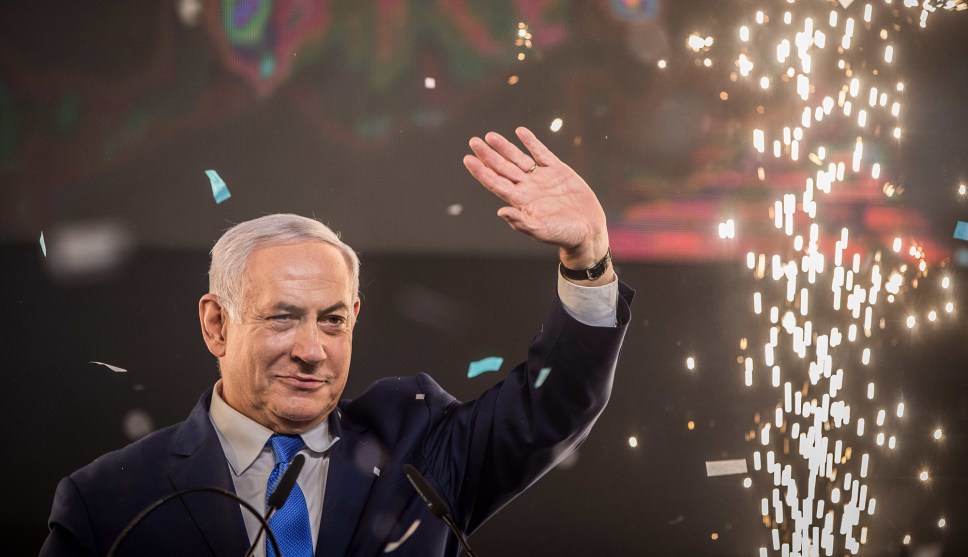 His victory contains a warning for any Democrat still imagining that the 2020 election will bring an easy victory over Donald Trump. The Netanyahu playbook will be President Trump’s next year. Gather nationalist and religious voters in your camp, add in a strong economy, dose with fear, sprinkle with strongman appeal, inject a dash of racism and victory is yours — whatever indictments are looming.

It’s not that this could happen. It will happen, absent some decisive factor to upend the logic of it. Netanyahu is savvier than Trump, but they share a shrewd assessment of how to control and manipulate the politics of spectacle, as well as a fierce determination to stay out of jail. They campaign ugly.

Well . . . I think it’s safer to stick with could happen. It’s worth keeping in mind that Israel has been upended demographically over the past three decades. It started with the great diaspora of mostly conservative Jews from Russia and Eastern Europe in the 1990s, which coincided with the beginning of a startling increase in the ultra-orthodox population. Among those over 18, these two groups now account for more than 20 percent of Israel’s population, up from nearly nothing in 1990. Along with the failure of the 1990s peace process and the second Palestinian intifada, this decimated Israel’s liberal parties and turned Israel permanently onto a hardcore conservative path.

Whatever else you can say about Donald Trump’s appeal, nothing like this has happened in the United States. In fact, just the opposite: the nonwhite share of the population has increased from 25 percent to 40 percent since 1990. This may have produced a short-term white backlash in recent years, but in the long run it’s likely to have exactly the opposite effect of Israel’s demographic change. Trump’s white base may not like it, but America is getting more liberal, not more conservative. See here for a more detailed look at this.