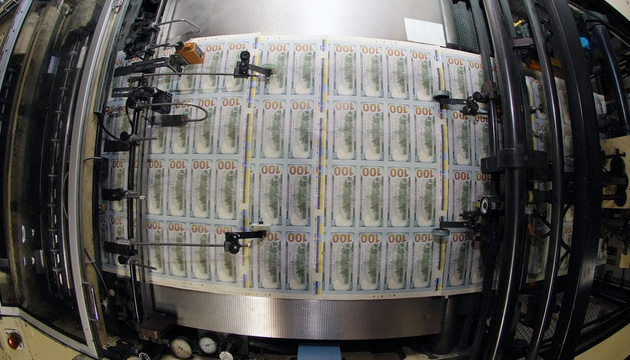 US Bureau of Engraving and Printing

An interesting contrast between liberals and conservatives is playing out right now. Conservatives, as you probably recall, faced a problem 40 years ago: their concern over budget deficits always made them the bad guy. Democrats could spend with abandon, but Republicans had to be skinflints—and voters don’t like skinflints.

Then, 40 years ago, Jude Wanniski published The Way the World Works and conservatives rushed to embrace his new gospel of supply-side economics. Tax cuts would supercharge the economy so powerfully that they could banish deficits even if spending went up. It was a free lunch so seductive that it remains conservative dogma to this day.

Today the roles are reversed: liberals have big spending ideas and are tired of having to face deficit constraints that nobody else cares about. This time, the fiscal white knight galloping to the rescue is called Modern Monetary Theory, which says that taxes aren’t really necessary to fund the government. Basically, all government spending is funded by printing money.

There are more details, of course, and so far no liberal version of Jude Wanniski has written a bestselling book about it. Nevertheless, MMT has started to gain a following in the AOC wing of the Democratic Party. It’s become an all-purpose way of supporting things like Medicare for All without having to fuss over taxes or worry about deficits.

So what do liberal economists and pundits have to say about it? So far, they’re not buying it. “I am not a fan of MMT,” says Paul Krugman. It is not just wrong, says Max Sawicky, but “will impress most people as either crankish or arcane.” Matt Brueunig calls it “word games.” Josh Barro says MMT is just circular reasoning: “Whether you take a Keynesian view or an MMT view, if the government spends more, it’s likely going to need to tax more, sooner or later.” Josh Marshall calls it “hokum.”

So far, then, MMT has not seduced most lefty economists into becoming defenders of crank theories the way supply-side economics did on the right. Hooray for us! But it’s still early days, even though MMT itself has been around for a while. What will happen if a Democratic candidate for president decides to become the Reagan of the left, with MMT acting as the gateway to liberal dreams? What will we all be saying then? Especially if the alternative is Donald Trump?