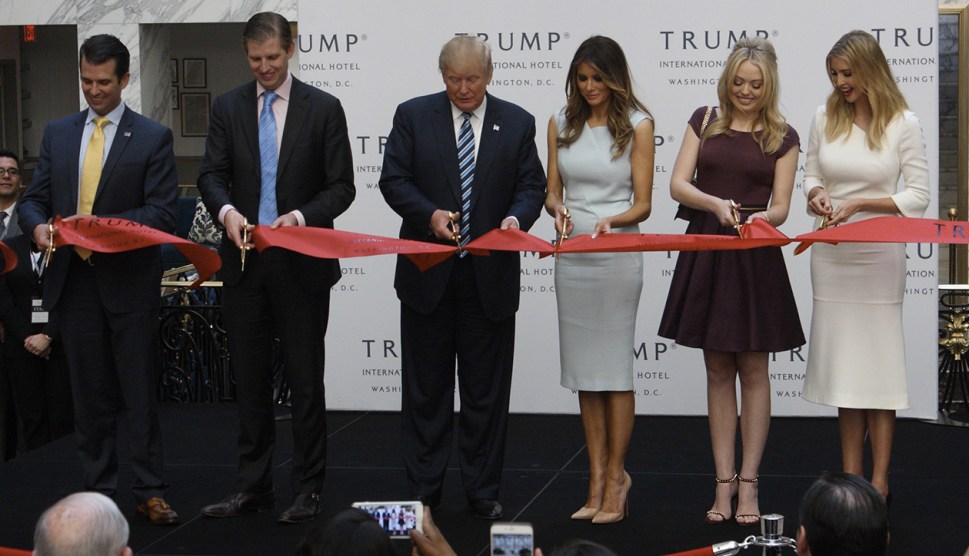 Remember this delightful scene a month before the election? It came just a few weeks after Trump conned every cable news network into giving him big coverage for a "birther announcement" that turned out to be just Trump announcing the opening of his hotel.Evan Golub/ZUMA

How did Donald Trump’s inauguration committee manage to blow through $100 million, more than twice as much as any other inauguration in history? Part of the answer, apparently, was that they essentially kicked back big chunks of it to the boss:

A spokesman confirmed that the nonprofit 58th Presidential Inaugural Committee paid the Trump International Hotel a rate of $175,000 per day for event space — in spite of internal objections at the time that the rate was far too high….“Please take into consideration that when this is audited it will become public knowledge,” wrote Stephanie Winston Wolkoff, an experienced New York-based event planner, suggesting a fair rate for the event spaces would be at most $85,000 per day, less than half of what was ultimately paid.

They used the hotel for four days, so that comes to about $360,000 in pure extra profit for Trump’s Hotel. And since Trump owns the hotel outright, that means $360,000 went straight into his pockets. Ka-ching!

But I’m sure there was nothing wrong with this because when the president does it, it’s not illegal. Amirite?