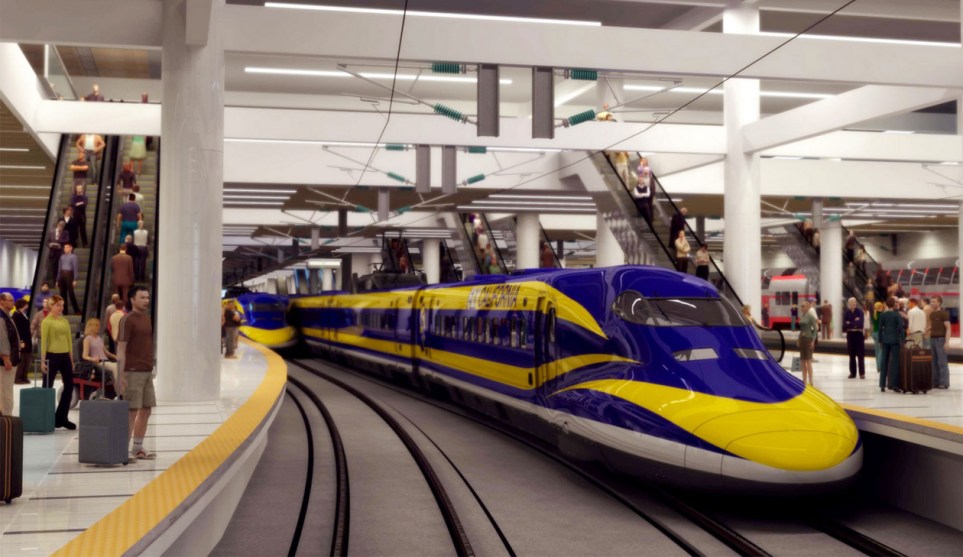 Gavin Newsom, the newly elected governor of California, has canceled the bullet train project between Los Angeles and San Francisco. As a longtime critic of the train, I say good for him. He says there simply isn’t a remotely feasible funding path to finish the project, and he’s right.

The Democratic governor supports finishing the controversial high-speed rail line between Bakersfield and Merced, saying it would invigorate the economy in California’s midsection and reduce the region’s air pollution.

Look, I can sort of understand the appeal of this. If you finish the middle stretch, then at least you’ve got something there in case you ever find the money to complete the whole thing. But it’s a lunatic idea anyway. I mean, who’s going to ride it once it’s done? A map might make this problem clearer:

Once this segment is finished, it will connect three cities with a total combined population of about 1 million. Toss in a few more stops plus the surrounding areas and maybe you’ve got a potential market of 2 or 3 million people. That’s crazy. Right now there are only 12 trains a day running between Los Angeles and San Diego, a corridor with a population of 10-15 million. Merced to Bakersfield might support six trains a day at most, and there are already six daily Amtrak trains running this route.¹ Sure, the bullet train would be faster than Amtrak, but that’s going to affect ridership only slightly.

This is the definition of insanity. You can at least make a case for a fast connection between LA and San Francisco. But I don’t think you can justify even a dime being spent on a Bakersfield-Merced route.

¹This is not to serve the Merced-Bakersfield market, either. It’s a San Francisco-Los Angeles train, and the Central Valley towns and cities just happen to be along the way.