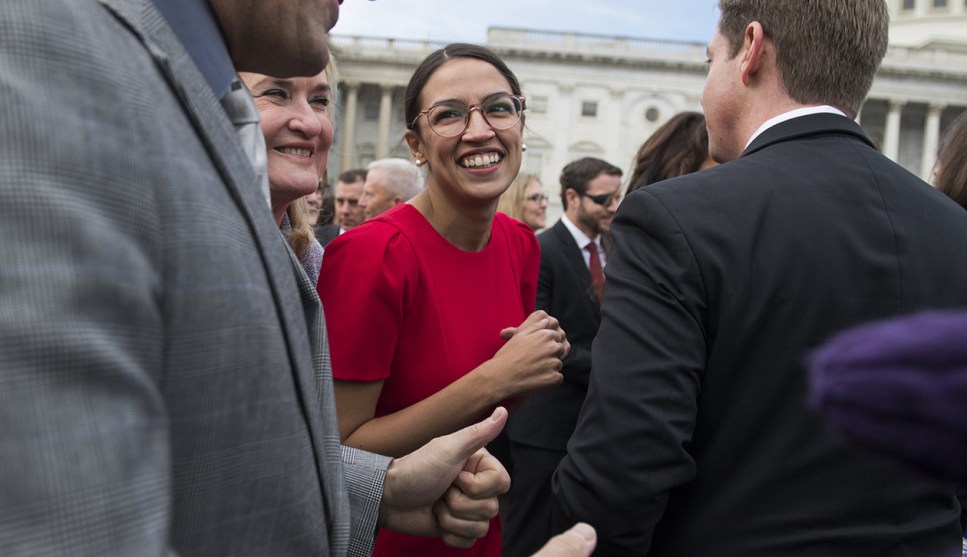 House Democratic leaders faced the prospect of a liberal rebellion on their first day in charge after prominent Democrats said they would oppose a package of rules changes endorsed by Nancy Pelosi, the incoming speaker.

Rep. Ro Khanna (Calif.) and Rep.-elect Alexandria Ocasio-Cortez (N.Y.) said they would vote against the rules changes on Thursday — in the second vote Democrats will take in the majority, after electing Pelosi (D-Calif.) — because of the inclusion of a fiscal measure known as “pay as you go,” or PAYGO….Beyond Khanna and Ocasio-Cortez, however, opposition to the proposal appeared muted Wednesday. Several high-profile freshman Democrats — Reps.-elect Rashida Tlaib (Mich.), Ilhan Omar (Minn.) and Ayanna Pressley (Mass.) — have not taken a public position….The co-chairs of the Congressional Progressive Caucus, Reps. Mark Pocan (D-Wis.) and Pramila Jayapal (D-Wash.), said they would support the overall rules package despite their opposition to PAYGO, citing a commitment from House leaders that the provision “will not be an impediment to advancing key progressive priorities” in the new Congress.

So…two Democrats have announced they’ll vote against the rules package. Is that it? It’s not much of a rebellion, is it? Especially since it’s a purely symbolic vote that has no effect on the actual statute that implements PAYGO.

Just for the record, I’m all in favor of ditching PAYGO. Republicans ignore it every time they want to pass a tax cut for the rich, so the hell with it. It’s nothing but a one-way straitjacket at this point.

POSTSCRIPT: I do want to add one thing: this story demonstrates that Ocasio-Cortez and other progressives like Khanna are very good at getting attention. I mean this in an entirely positive way. Getting attention is a big part of politics, and they’re doing it. They just need to be careful not to overdo it at this point. If they end up picking lots of fights and then losing them all, they’ll squander their ability to keep the media’s attention.