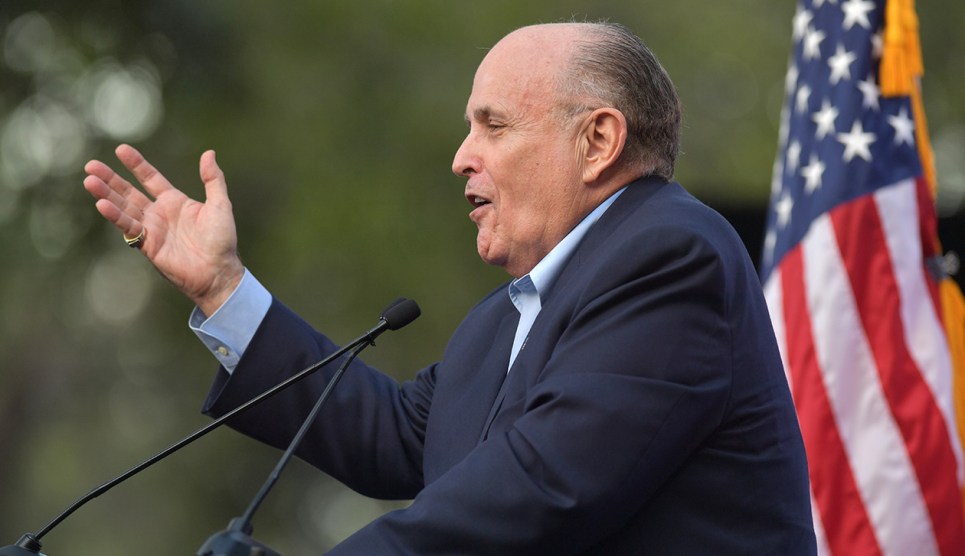 So: Rudy Giuliani. He’s been busy over the past few days doing interviews about Donald Trump’s involvement in building a Trump Tower in Moscow. After each interview he then “clarified” what he meant, ultimately ending with a statement today that nothing he said was based on talking to Trump anyway.

Many people are asking what the deal is with this. Is Giuliani nuts? Senile? Totally out of control? Or what?

He may be all or none of the above. But it’s obvious what Giuliani has been doing ever since he started representing Trump last year: tossing out chaff so vigorously that nobody can tell from day to day what the current story is supposed to be. The point of this—and this is the important part—is not just to confuse everyone. It’s to make Giuliani the bearer of bad news so that eventually, when Trump is forced to admit something damaging, it’s “old news” that he’s been “saying all along.” The complete explanation for Giuliani looks something like this:

This isn’t a foolproof hack of the media, but it’s pretty good. It shows a sophisticated understanding of how the modern media works and how to undermine it, and Giuliani is the perfect choice for the main role. He’s well known; TV reporters like him; he’s loud and pushy and Trumplike; and he’s willing to sound like a doofus if that’s what it takes. I think that nearly everyone underestimates just how effective he’s been at keeping the volume turned up on the Wurlitzer.