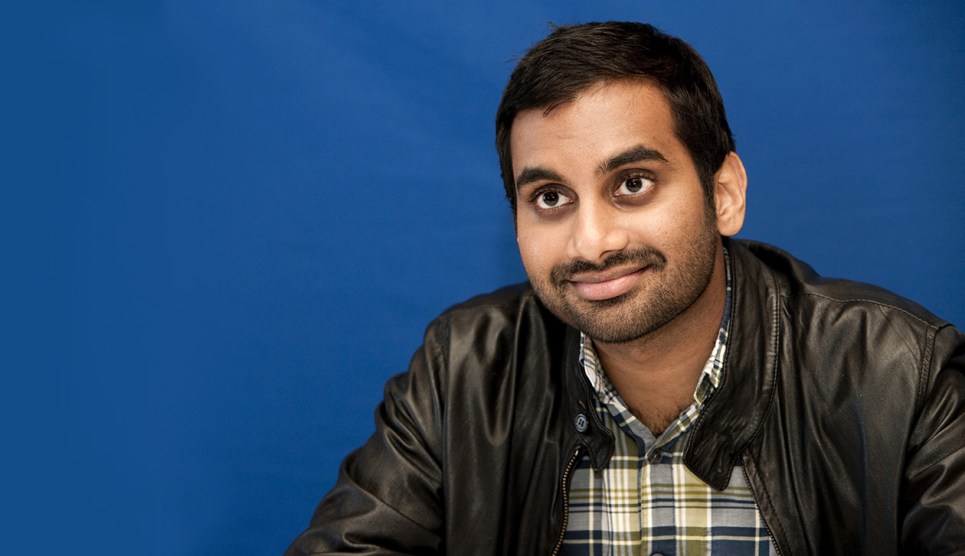 You may recall that comedian Aziz Ansari fell afoul of the #MeToo movement a year ago when a woman wrote that Ansari had pressured her for sex on a date a few months earlier. She sent him a text message about it the morning after the date and he apologized. “Clearly, I misread things in the moment and I’m truly sorry.” Ansari says the sex was entirely consensual.

He got pretty beat up regardless, and in the New Yorker last year Eren Orbey wrote about how the incident had affected Ansari’s comedy:

In his latest set, Ansari suggests that collective anger has overcorrected; now, rather than hold power to account, it targets the slightest and least consequential controversies. “Why is everyone weighing in on this shit?” Ansari asked of the Twitter users who flocked to debate whether an American teen-ager’s choice of prom dress constituted so-called cultural appropriation. “Everyone weighs in on everything. They don’t know anything. People don’t wanna just say, ‘I don’t know.’ ”…Without ever mentioning the #MeToo movement—or his own experience as one of its most disputed casualties—Ansari decries the destructive performativity of Internet activism and the fickle, ever-changing standards of political correctness.

….In his public statement in January, Ansari made a point of affirming the #MeToo movement as “necessary and long overdue.” One might have hoped that, nearly a year later, he could find a way to reckon with one of the movement’s messiest lessons: that even men who wish to serve as allies of women can, intentionally or not, hurt them in private. Perhaps doing so might help Ansari to regain the trust of the women who feel that he has lost theirs. Instead, like other men who have reëmerged in recent months, he seems to have channelled his experience into a diffuse bitterness.

Whatever the case, the trajectories of C.K. and Ansari are doubly disappointing — first, because men whose work had a feminist bent were accused of hurting women, and second, because they let those accusations destroy the nuanced social awareness their earlier work displayed….That’s sad for all of us. We don’t get to see the comedy these men could have created if they’d wanted to face, rather than flee from, our current moment in history.

….Ever since the #MeToo movement gained mainstream attention in 2017, there’s been a lot of talk about what accused men can do to redeem themselves. Now, more than a year in, it’s certainly possible to imagine some of the accused truly reckoning with their pasts — Dan Harmon’s apology for sexually harassing a writer on his show offers a view of what that might look like. But it’s hard to hold out much hope for such a reckoning on a large scale when two men who seemed like they, of all people, might be able to look deeply at their own behavior have instead chosen to pander to those who would excuse them.

I think it’s a mistake to lump Louis C.K. and Ansari together here. C.K.’s behavior was clearly sexual abuse from a man with power over women and it happened multiple times. What’s more, he never truly reckoned with it in any sort of public way. He deserved to be shunned, and questions about his “comeback” are perfectly well deserved.

But Ansari’s case is entirely different, and produces a different lesson. What he did was obviously in a gray area; it happened once; he apologized at the time; and he apologized again when it became public. Nonetheless, he endured an epic beatdown on social media, much of it driven not so much by what he did, but by disappointment that it ruined the fantasy image his fans had built up of him.

And now we’re disappointed that Ansari (a) feels sort of bitter about this, and (b) has a different view of social media mobs. But maybe he has a point? His offense was obviously minor and he clearly apologized for it. And yet, the mob came for him anyway, dumping him in the same bin as a serial sexual abuser like C.K. What conclusion should he have drawn from that?

Well, he’s human, and social media mobs are no fun. And that leads us to something that progressives don’t always acknowledge: when someone apologizes and comes over to your side—or was on your side all along—accept the apology and welcome them aboard. Don’t expect sackcloth and ashes for months on end. Max Boot recently wrote a book repudiating his entire past as a conservative and has since become an effective spokesman against Trump and for liberal causes, but on social media he’s harassed endlessly as a murderous neocon because he supported the Iraq War. What does this accomplish except to eventually convince him that trying to engage with progressives was never worth it in the first place? Ditto for Ansari. He probably figures—reasonably enough—that if social media mobs do what they did to him, maybe social media mobs aren’t such a great thing after all.

I think progressives need to do a better job of understanding human nature. If someone gets attacked relentlessly, you can’t expect them to simply absorb it all with perfect humility. Most of us aren’t saints. Before long we get resentful, and that resentment makes us question the whole progressive project. And then we’ve lost another ally.

Social media is a headless monster, and progressive leaders are way too unwilling to rein it in. They could, by sometimes suggesting that the mob stand down because the offense in question isn’t that big a deal. But most of them won’t, because they know that they’ll pay a price for taking the non-woke side of anything, regardless of reason. Better to just go along and keep their street cred safe.

That’s not really leadership, though. We could use more of the real thing.