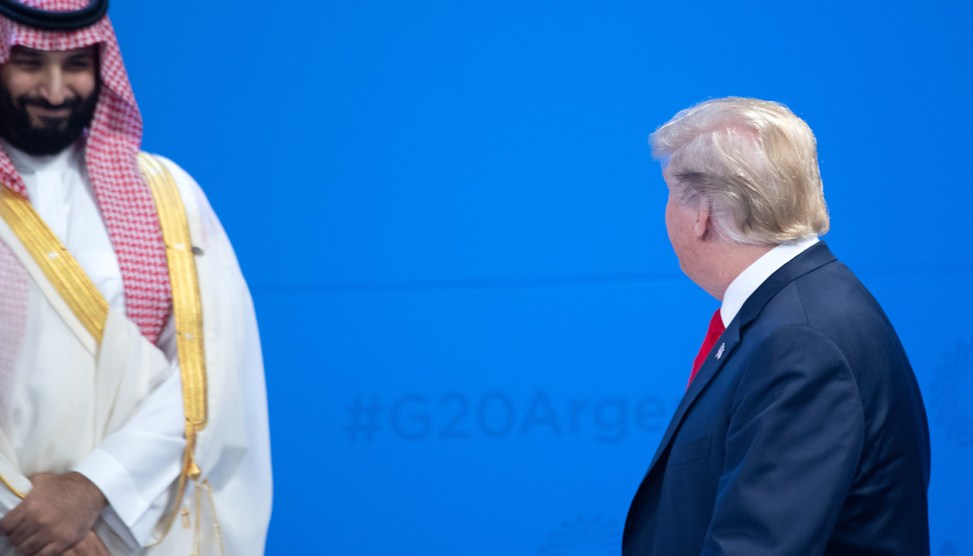 And I make calls. I said, “You better let that oil and that gasoline flow.” And they did. And now it’s down to $44. And I put out a social media statement yesterday; I said, “Do you think it’s luck that that happens?” It’s not luck. It’s not luck. I called up certain people, and I said, “Let that damn oil and gasoline — you let it flow — the oil.”

Saudi Arabia is seeking a return to $80-a-barrel oil to cover a massive government spending boost—and plans to cut crude exports to 7.1 million barrels a day by the end of January, according to OPEC officials….To cover proposed expenditures, Riyadh is set to reduce its crude exports by as much as 800,000 barrels a day from November levels.

After all we’ve done to ignore the murder of Jamal Khashoggi, you’d think they’d be more grateful. But I guess it’s all fine. We don’t need the Saudis, after all. We’re the biggest oil producer in the world now, thanks to fracking. We can open our own taps and produce as much oil as we—

Oh. Well, I guess there’s always the Iranians. Maybe we could call a do-over and try to make friends with them again. Or maybe Russia. Or Venezuela. Or Canada. Or…oh crap. We’ve really pissed off a lot of big oil producers, haven’t we? But it should all work out. With a recession coming, we won’t need as much oil anyway.