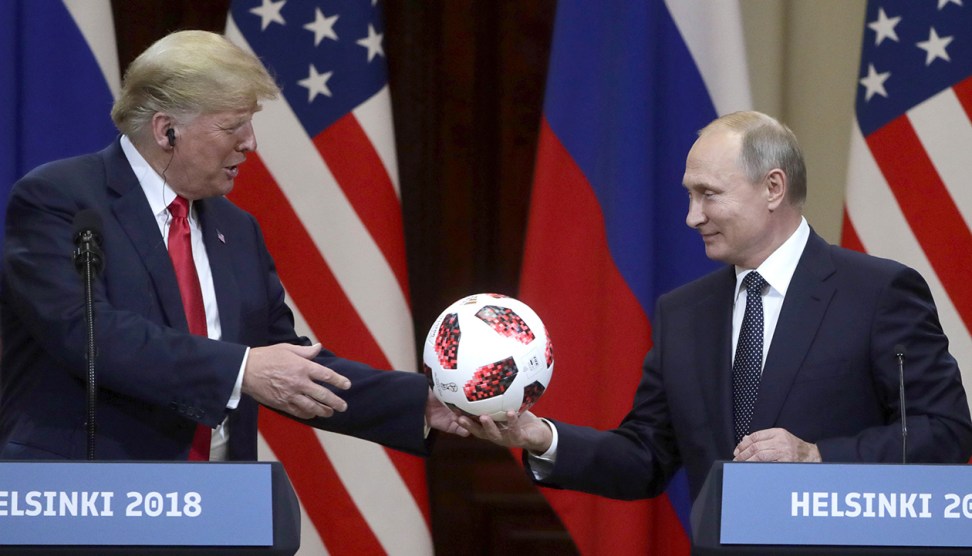 A detailed network analysis based on datasets provided by Facebook, Twitter, and Google outlines the scope of Russian interference in American elections:

“What is clear is that all of the messaging clearly sought to benefit the Republican Party — and specifically Donald Trump,” the report says. “Trump is mentioned most in campaigns targeting conservatives and right-wing voters, where the messaging encouraged these groups to support his campaign. The main groups that could challenge Trump were then provided messaging that sought to confuse, distract and ultimately discourage members from voting.”

….The report traces the origins of Russian online influence operations to Russian domestic politics in 2009 and says that ambitions shifted to include U.S. politics as early as 2013 on Twitter. Of the tweets the company provided to the Senate, 57 percent are in Russian, 36 percent in English and smaller amounts in other languages. The efforts to manipulate Americans grew sharply in 2014 and every year after, as teams of operatives spread their work across more platforms and accounts to target larger swaths of U.S. voters by geography, political interests, race, religion and other factors. The Russians started with accounts on Twitter, then added YouTube and Instagram before bringing Facebook into the mix, the report said.

I don’t really understand this. Why were the Russians trying to get Republicans elected back in 2013 and 2014? Was it an anti-Hillary thing even back then? Were they convinced that Republicans would be softer on them than Democrats? That doesn’t really make sense. And when, exactly, did the pro-Trump propaganda start? As soon as he announced he was running? Or was it later than that?

So many questions. We still need answers.