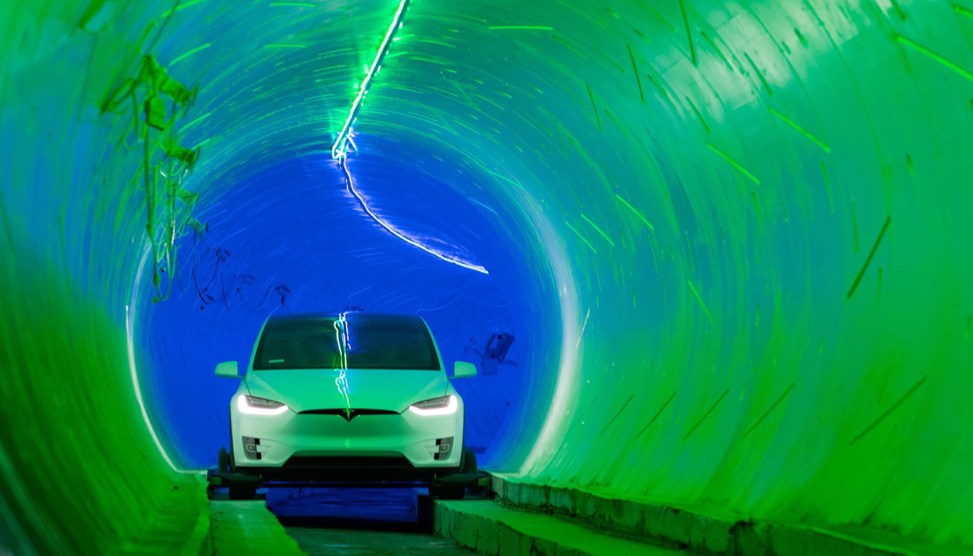 After a year-and-a-half, Elon Musk has finally opened his one-mile tunnel in Los Angeles. It’s bumpy, requires a specially fitted electric car, and operated at a top speed of 58 mph even with a professional driver at the wheel. “We kind of ran out of time,” Musk explained. Other than that, though, it was a huge success:

Building the 1.14-mile tunnel took about 18 months and cost about $10 million, Musk said. The figure does not include the costs of research, development or equipment, the company said, and it is not clear whether it includes the money spent on property acquisition or labor. Still, the $10 million is orders of magnitude lower than a typical subway project, Musk said. Part of the Boring Co.’s goal, he said, is to create a tunneling process that will be 15 times faster than the “next best” option.

This is ridiculous. If all you want is a tunnel, the Faroe Islands can build one for about $20 million per mile—and that’s a two-lane tunnel that has to bore about 500 feet undersea. Plain-Jane tunneling just isn’t that expensive.

Now, if you want to build an urban subway, that’s a whole different thing. You have to build lots of big stations, you have move utility lines out of the way, you have to be able to transport more than a few hundred people per hour, and you have to follow a whole bunch of safety and seismic guidelines. And don’t forget the lawsuits! For some reason Musk doesn’t ever seem to talk about this stuff.