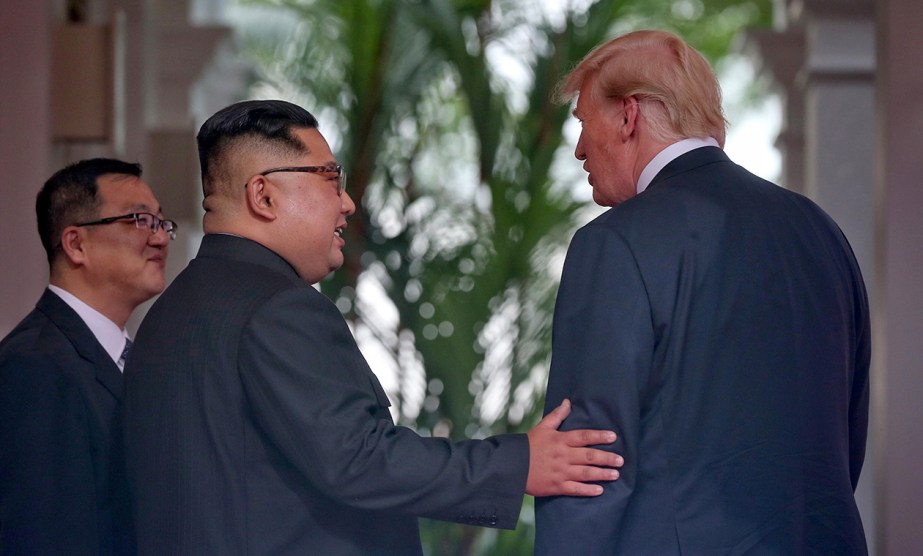 The New York Times reports that the dealmaker-in-chief has been suckered almost entirely by his good friend Kim Jong-un, who is not dismantling or halting anything related to North Korea’s nuclear program:

The satellite images suggest that the North has been engaged in a great deception: It has offered to dismantle a major launching site — a step it began, then halted — while continuing to make improvements at more than a dozen others that would bolster launches of conventional and nuclear warheads. The existence of the ballistic missile bases, which North Korea has never acknowledged, contradicts Mr. Trump’s assertion that his landmark diplomacy is leading to the elimination of a nuclear and missile program that the North had warned could devastate the United States.

….“We are in no rush,” Mr. Trump said of talks with the North at a news conference on Wednesday, after Republicans lost control of the House. “The sanctions are on. The missiles have stopped. The rockets have stopped. The hostages are home.”…But American intelligence officials say that the North’s production of nuclear material, of new nuclear weapons and of missiles that can be placed on mobile launchers and hidden in mountains at the secret bases has continued. And the sanctions are collapsing, in part because North Korea has leveraged its new, softer-sounding relationship with Washington, and its stated commitment to eventual denuclearization, to resume trade with Russia and China.

Moreover, an American program to track those mobile missiles with a new generation of small, inexpensive satellites, disclosed by The New York Times more than a year ago, is stalled. The Pentagon once hoped to have the first satellites over North Korea by now, giving it early warning if the mobile missiles are rolled out of mountain tunnels and prepared for launch. But because of a series of budget and bureaucratic disputes, the early warning system, begun by the Obama administration and handed off to the Trump administration, has yet to go into operation. Current and former officials, who said they could not publicly discuss the program because it is heavily classified, said there was still hope of launching the satellites, but they offered no timeline.

In a nutshell, then:

On the bright side, at least Trump has gotten a greeting card from Kim that’s the size of an extra large pizza. That has to count for something.