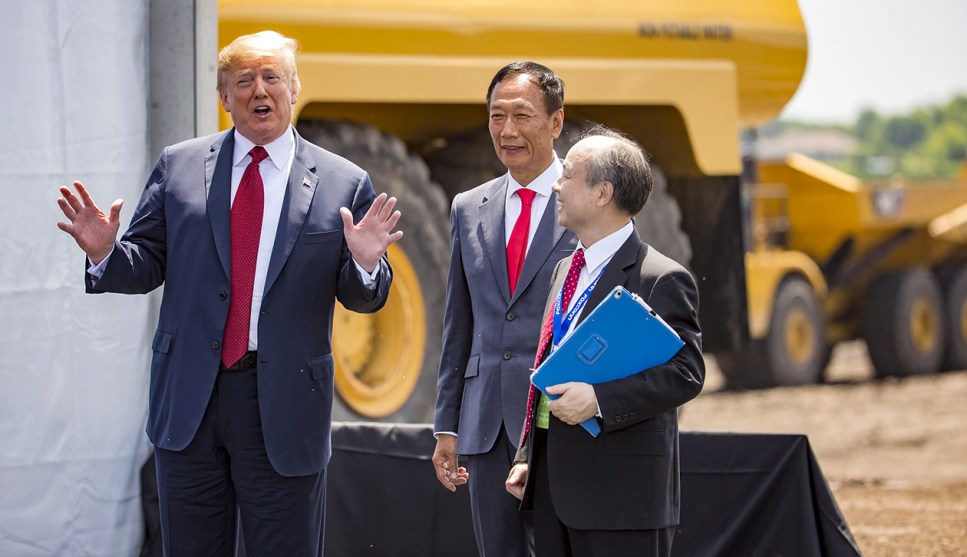 While everyone else is busy keeping you updated on the latest horserace news, my job today is to distract you with other stuff. This story out of Wisconsin isn’t really that big a deal, but it amuses me anyway:

Foxconn Technolog Group is considering bringing in personnel from China to help staff a large facility under construction in southern Wisconsin as it struggles to find engineers and other workers in one of the tightest labor markets in the U.S.

….Foxconn Chairman Terry Gou is looking to company engineers in China to transfer, according to people familiar with the matter. Some engineers have expressed reluctance to relocate to Wisconsin, which is less well-known to Chinese workers than U.S. tech hubs in California or New York. One engineer who declined to give his name said he wouldn’t want to move to a place he worried could be as cold as Harbin, a northern Chinese city known as “Ice City.”

….Mr. Gou is upset that few Chinese workers have volunteered to move to Wisconsin if called upon, people familiar with the matter said. It is unclear how many the firm is looking to transfer.

I’m sure Wisconsin will eventually get lots of jobs out of the Foxconn plant, but after all the “America is Back!” ballyhoo from Donald Trump and Wisconsin Gov. Scott Walker, I can’t help but snicker that Foxconn now claims it can’t find enough American workers to build its plant. Their story, apparently, is that it would be cheaper to transfer them from Taiwan than to pay enough to attract them from, say, Detroit and Chicago and Kansas City and other cities where Americans aren’t used to cold weather.